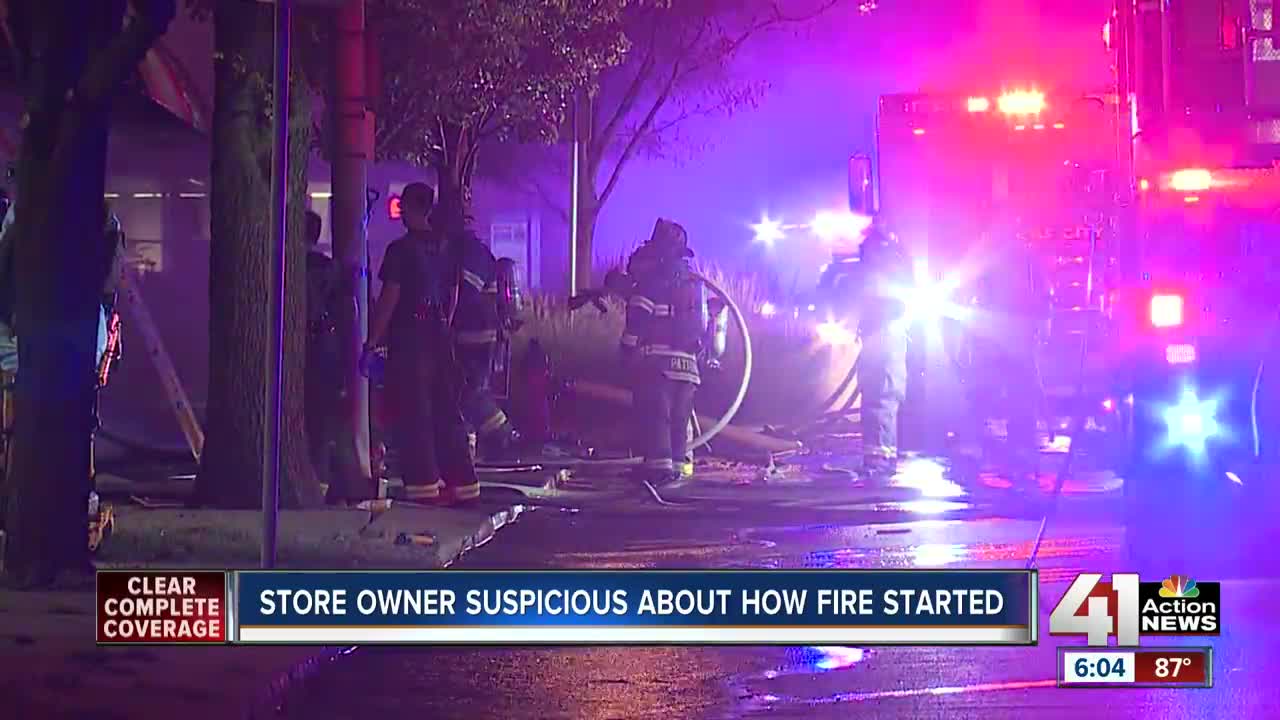 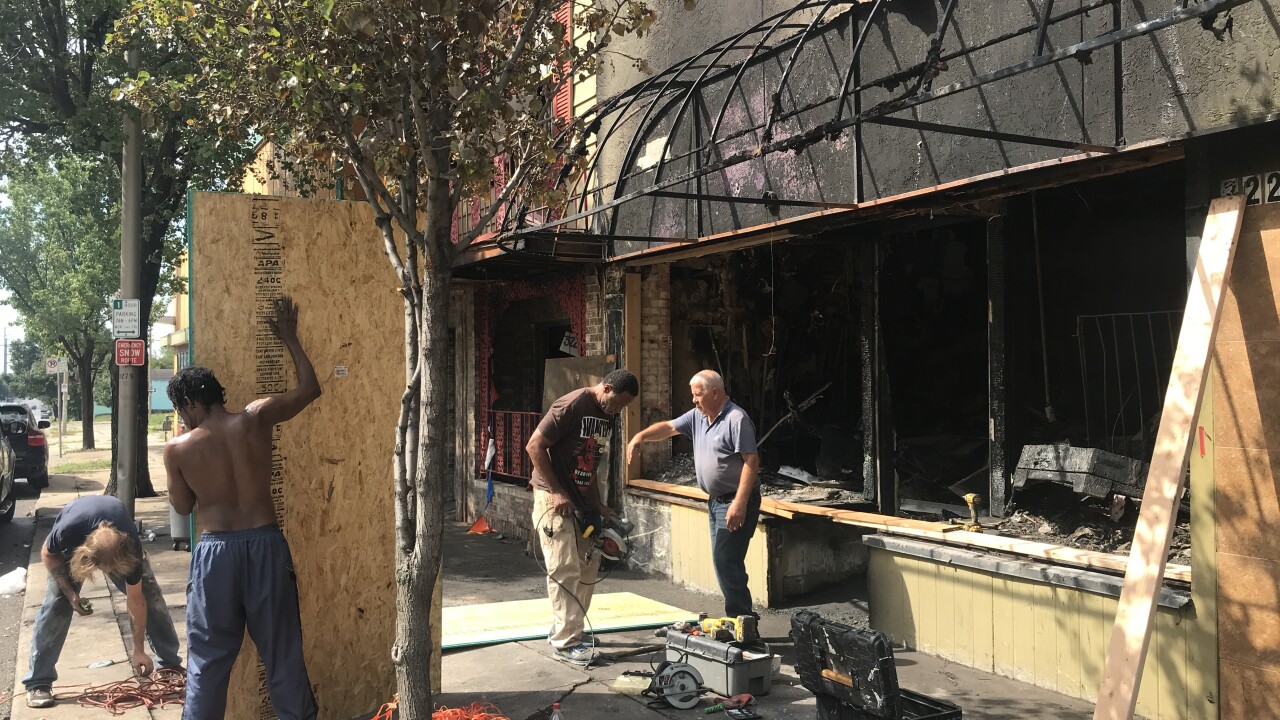 KANSAS CITY, Mo. — Investigators are working to determine what sparked a fire on Kansas City's East Side late Monday night that destroyed at least one business and damaged several others.

On Tuesday, there were several signs taped onto the Shoe Warehouse store at 32nd Street and Troost Avenue, informing people the business was closed due to a fire that occurred next door.

John Reed spent the morning boarding up and protecting what's left of his business, The Window Shop, where the fire originated.

A Kansas City, Missouri, Fire Department spokesperson said Tuesday that investigators haven't completed their investigation into the blaze, but that's not stopping Reed from believing the fire was set by someone he saw earlier that day.

He said that he passed along those concerns to the Kansas City Police Department. A police spokesman said detectives are waiting to learn the cause of the fire before taking their next steps.

Reed told 41 Action News that he and his nephew were driving home Monday night when they spotted a cloud of smoke coming from near their business.

When they pulled next to the building, they spotted a man outside the business.

The man slipped away before police could speak with him, Reed said.

"He (Reed) started giving the same description as I was and it just fit, it fit too good," Reed's nephew, Evan Scott, said. "I was like, 'That was him. He had just did that (sic).'"

Reed said he wants customers and neighbors alike to be on the lookout.

Reed told 41 Action News he has only been at the location for about two years. He's not sure whether he'll stay there and rebuild or find a new home for his business.