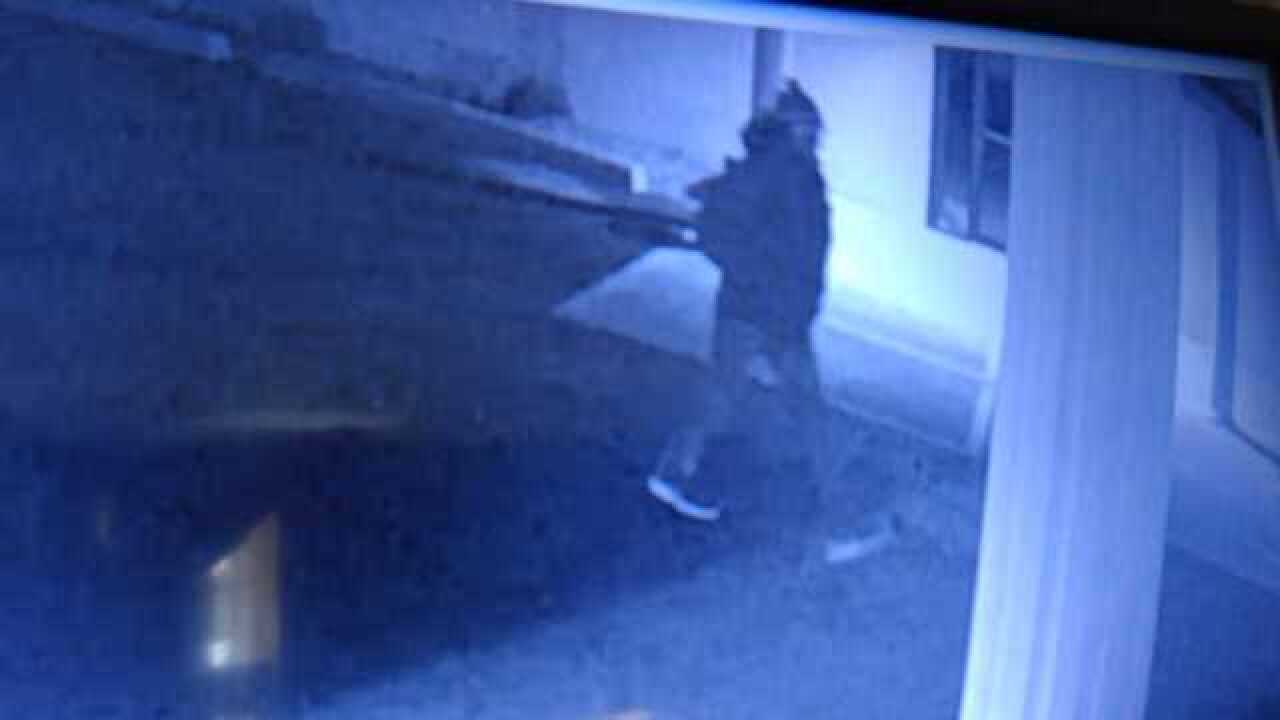 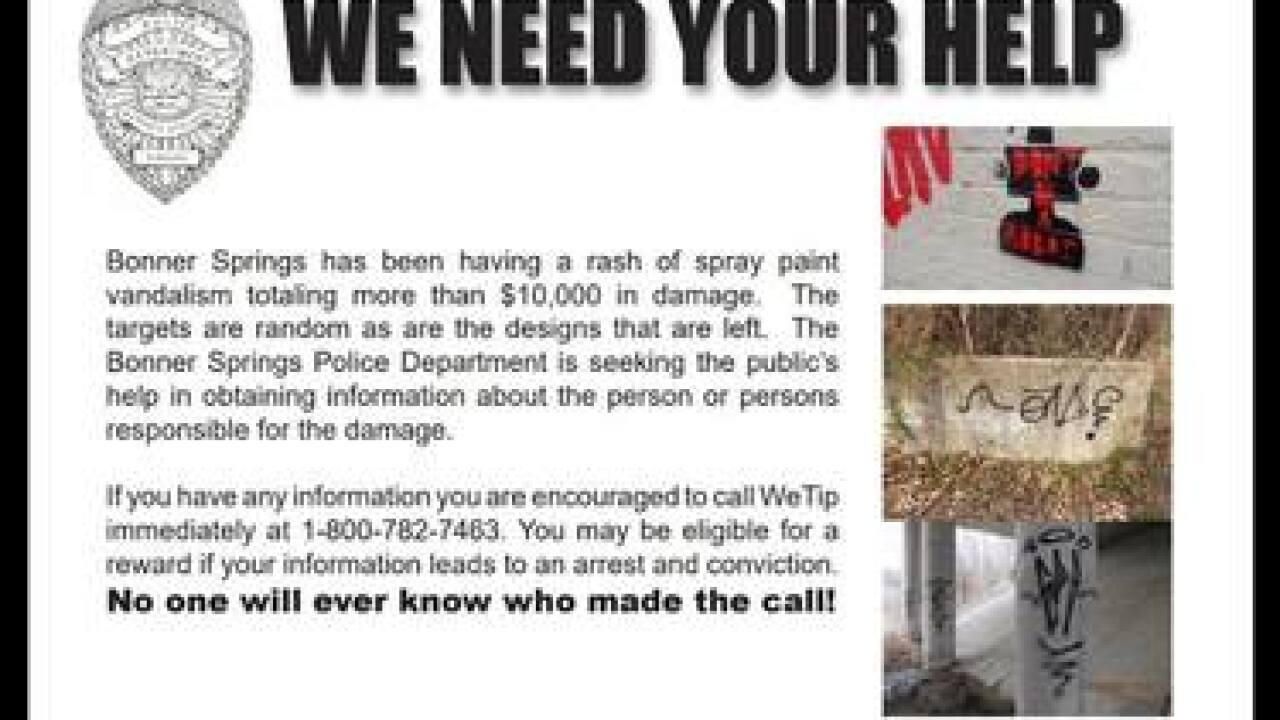 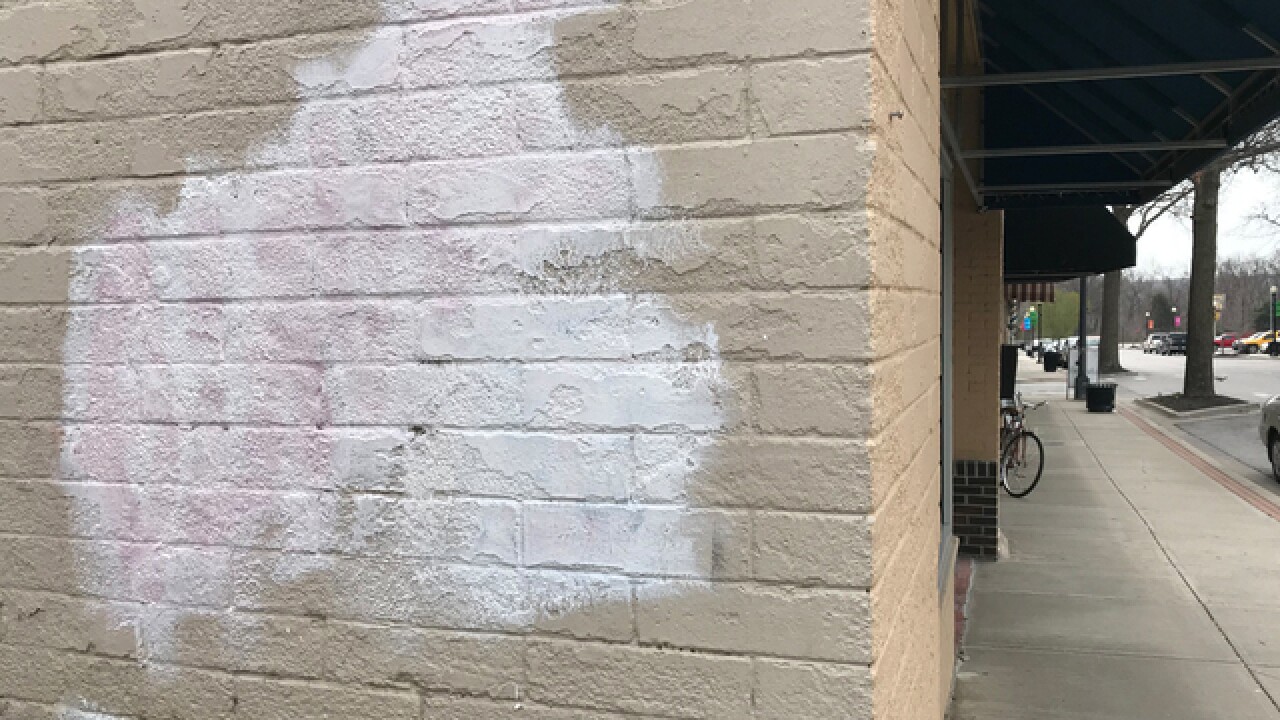 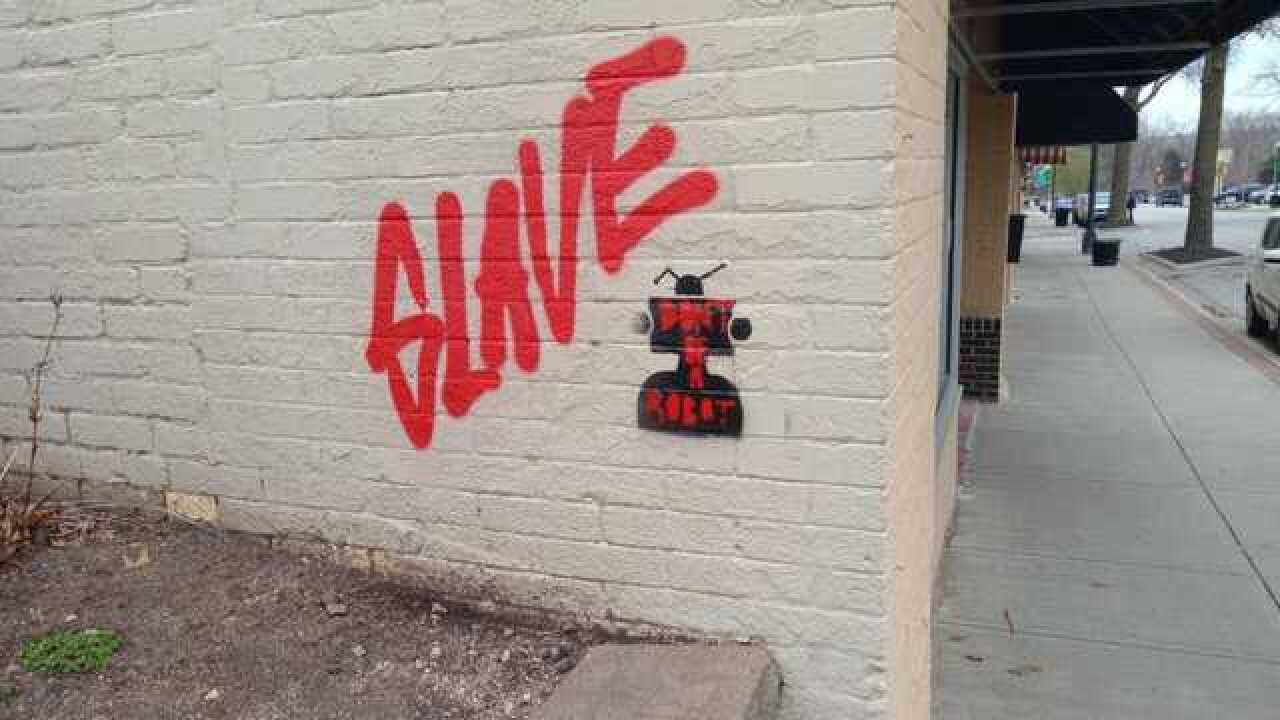 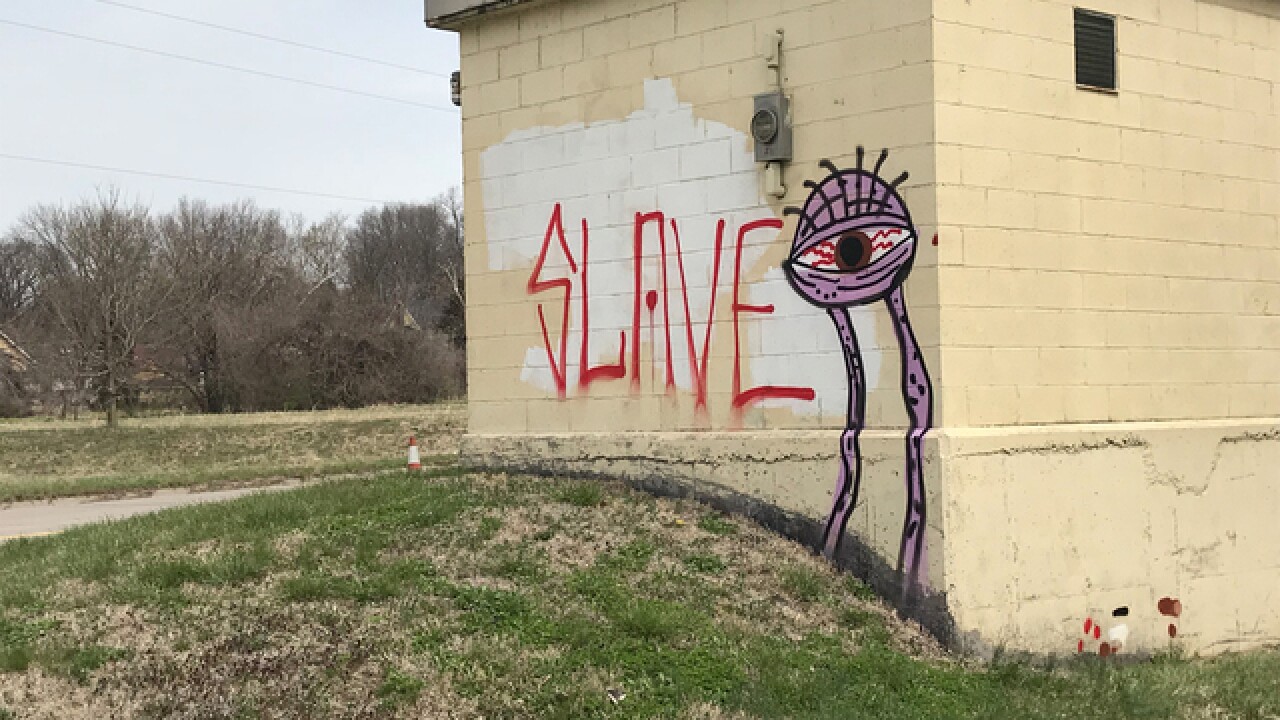 BONNER SPRINGS, Kan. — Leaders in Bonner Springs said the writing's on the wall, and it's costly. Business owners are fed up and upset over what they found painted on the side of their buildings.

"The town is just going to take control and put a stop to it because we're not going to tolerate that," said Rita Shuler, Owner of Sunflower Embroidery.

Bonner Springs Police have received a number of reports of vandalism throughout the city.

Several locations have been tagged with words or phrases like “slave,” and, “don’t be a robot.”

"I think it was just an opportunity. I don't think that I was targeted personally. There's too much going around town," said Shuler.

Bonner Springs Mayor Jeff Harrington runs a business across the street from Shuler's. Security cameras at Alden-Harrington Funeral Home, Inc., captured a man who police are now trying to identify.

"Some of our security cameras did catch somebody walking through the neighborhood at about 3 a.m. Sunday morning," said Harrington.

Harrington is calling the man's actions suspicious after cameras caught him climbing onto the roof of a business and walking back and forth in downtown. Now, he's hoping the video will help police find him.

"Hopefully, I know the whole community is really involved in this and hopefully this will help someone get some justice," said Harrington.

Businesses are responsible for cleaning up the mess which will cost more than $10,000.

Bonner Springs Police are offering a $1,000 reward for information leading to a conviction. To leave an anonymous tip, call 1-800-78-CRIME.