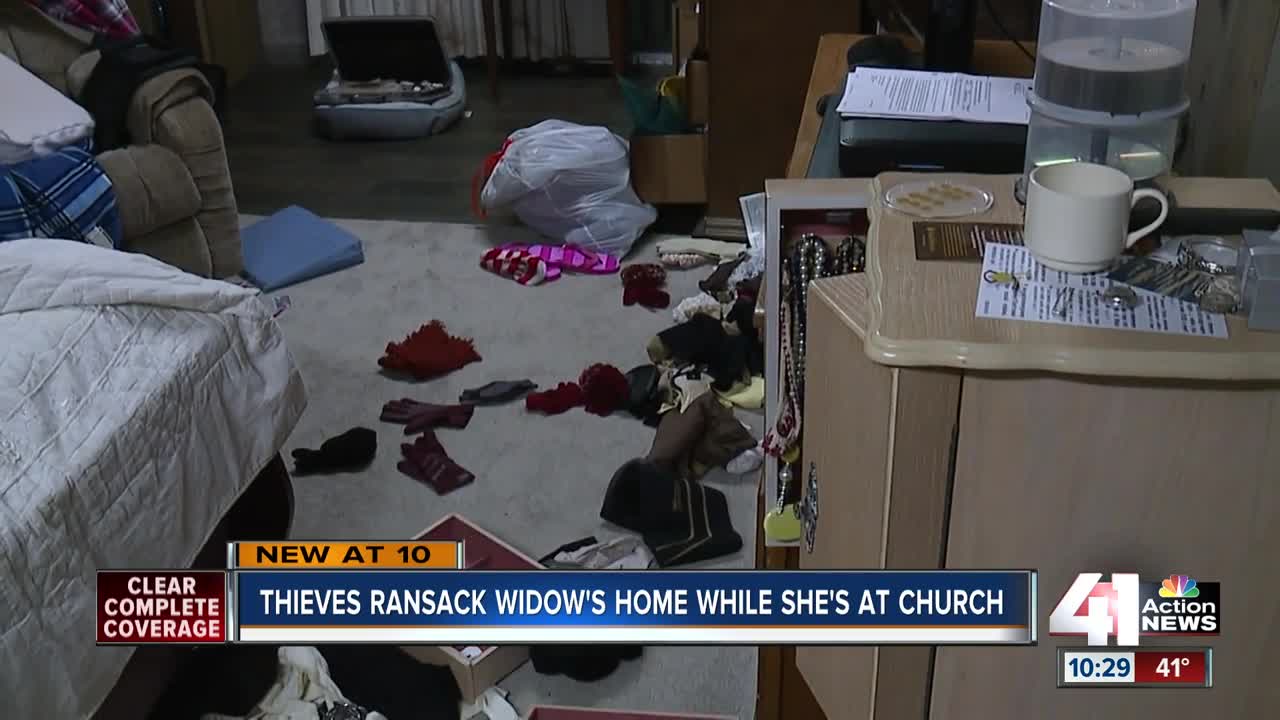 The Cass County Sheriff's Office is looking for those responsible for breaking into a home and stealing from a widow as she attended church Sunday. 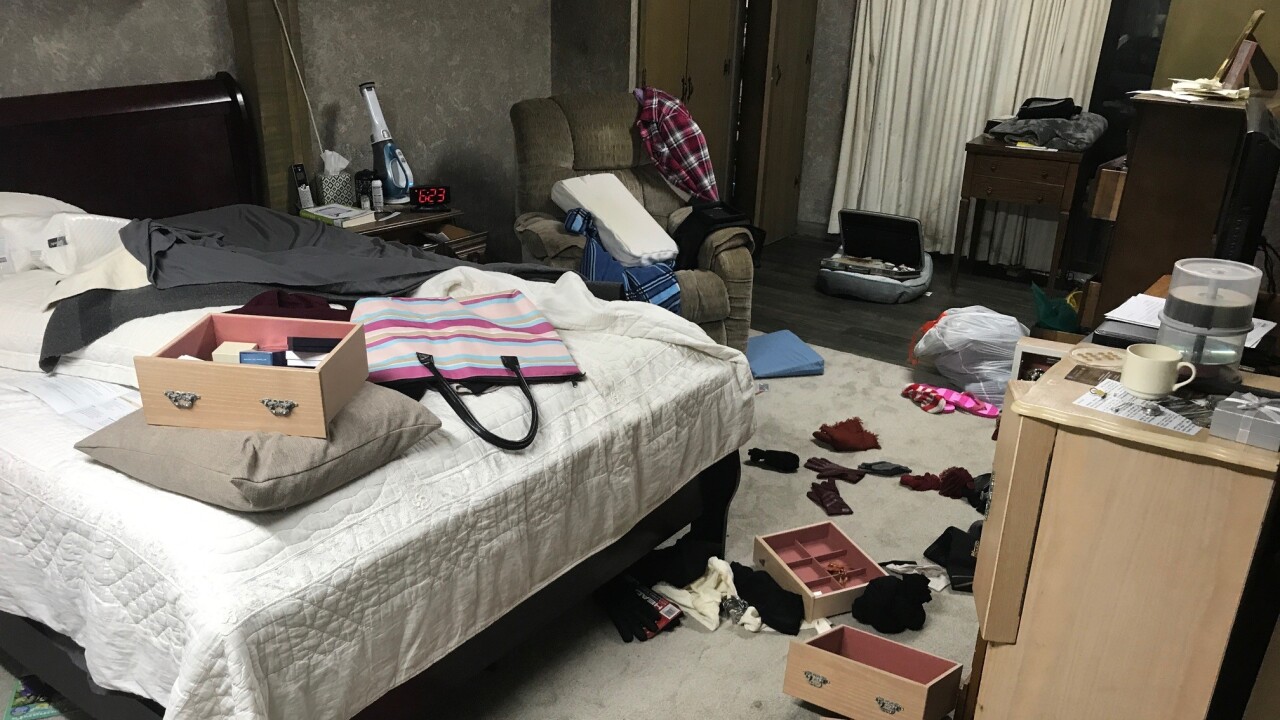 PLEASANT HILL, Mo — The Cass County Sheriff's Office is looking for those responsible for breaking into a home and stealing from a widow as she attended church Sunday.

But this isn't the first time burglars have hit Nancy Hodges' home on South Hoover Road, where she has lived for more than 50 years.

"It didn't take me long to figure out that they really cleaned me out," Hodges told 41 Action News.

Besides camera equipment and a rifle, they went after jewelry that came with a lifetime of memories — including Nancy's wedding ring passed down from her grandmother.

"I have a picture of my mother when she was 16, and she was wearing it," Hodges, 85, said. "It really meant a lot to me. It was just a little thin, white gold, but it had been worn for so many years, and the little roses on it and everything had worn off and it was just a little white gold ring."

She wore it throughout her 68 years of marriage to Bill Hodges, who passed away last month. Bill Hodges' watch was among the stolen items.

The crime took place between 9 a.m. and 1 p.m. while Nancy was at church in Harrisonville.

"This was my third Sunday since my husband passed that I was able to go again because he was bedridden and I and I had to stay and take care of him all the time," Hodges said.

Rachel Kauffman, Hodges' granddaughter, said her grandmother has "been through a lot."

Nancy's family is now helping her through this difficult time.

"She's at the point now where she can't hardly afford to even live here," Kauffman said, "and someone comes in and takes every last thing she you know she has of value."

Investigators have told the family that sheriff deputies will increase patrols in the area until the thieves are caught.

Anyone with information regarding this burglary is asked to call the Cass County Sheriff's office at 816-380-5200.