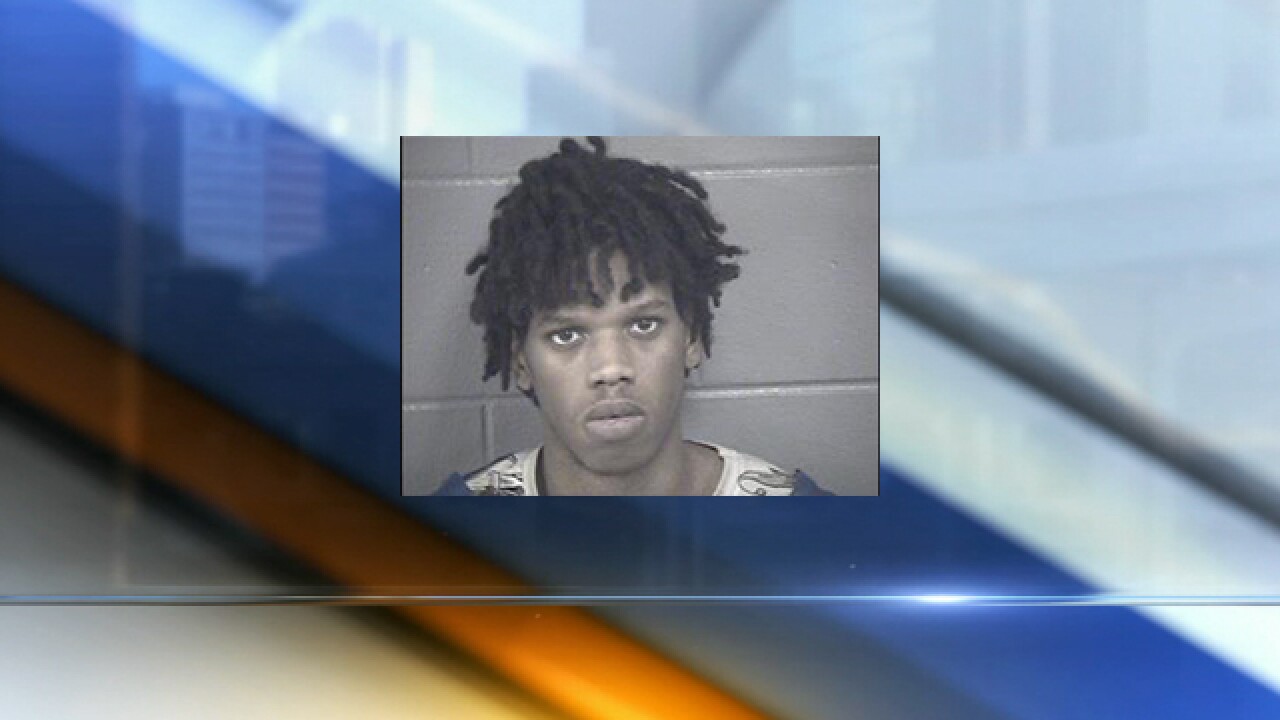 Copyright 2019 Scripps Media, Inc. All rights reserved. This material may not be published, broadcast, rewritten, or redistributed.
Daniel Bigge

KANSAS CITY, Mo. — A 23-year-old Kansas City, Missouri, has been charged in connection with a fatal shooting last week on Citadel Drive.

According to court documents, KCPD officers were called to an apartment in the 1600 block of Citadel Drive shortly after 12:30 a.m. on Sept. 28.

A man returning home to his apartment there discovered Wilson, who also lived at the apartment, dead on the floor in a bedroom from apparent gunshot wounds.

There was no indication of forced entry, but there were several spent 9mm shell casings and two live 9mm rounds on the floor near the victim.

A witness reported to police hearing four to five gunshots coming from the apartment building between 4 and 5 p.m. on the afternoon of Sept. 27, approximately eight hours before the shooting victim’s body was found.

The witness also reported seeing a white SUV arrive and leave the apartment complex parking lot around the time of the gunshots.

Wilson’s father became suspicious about Bigge after a visit in which he asked him to be a pallbearer at his son’s funeral.

The victim’s last communication was with Bigge, according to court records, and the shell casings recovered at the scene matched a gun owned by Bigge, which was recovered during a search of the residence where he lives with his grandmother.

During a lengthy interview with police, Bigge asked detectives "How much time am I looking at if John (victim) asked me to kill him,” according to court records.

Bigge claimed that Wilson “had asked him several times over the course of several months to kill him and he believed the victim was serious.”

He said he felt “lifted” afterwards and a witness at the apartment complex told police he heard Bigge laugh as he ran back to the car.

However, when directly asked if he shot Wilson, Bigge said he did not.