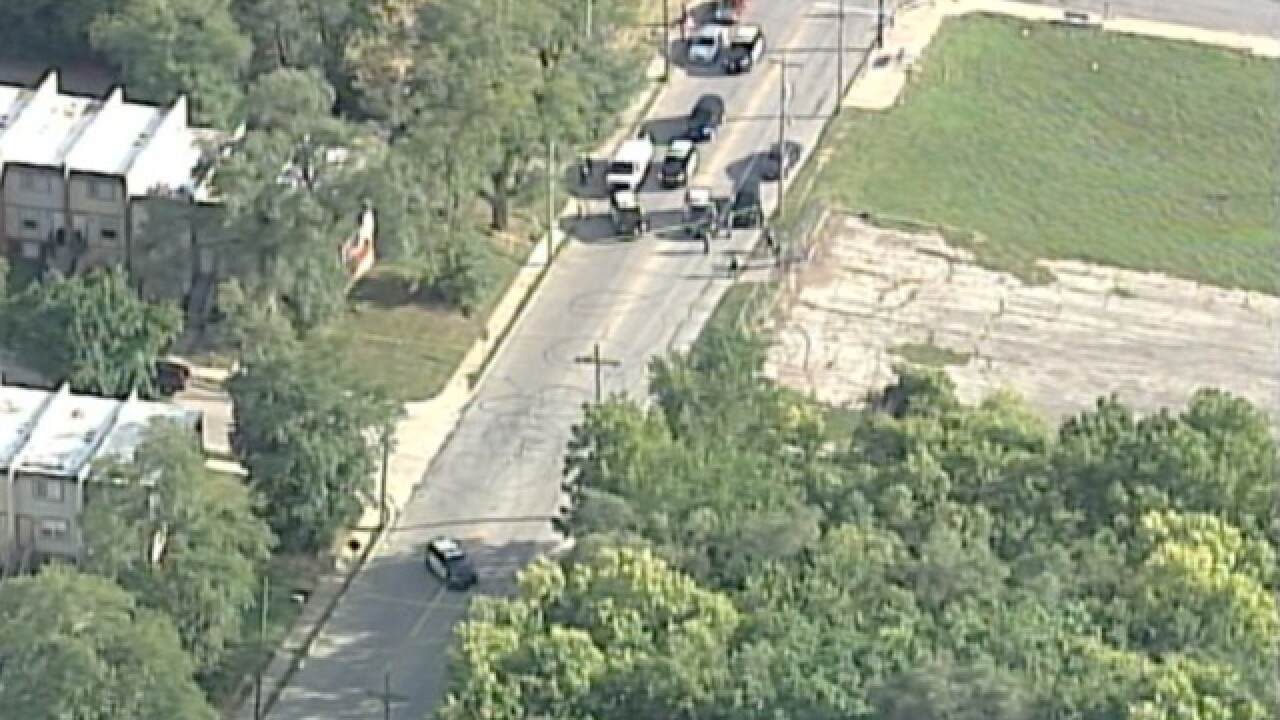 The incident began when KCK Midtown Patrol officers rolled up on a shooting at North 27th Street and Delavan Avenue, police said.

The suspects fled from the scene in a car, and a chase ensued, police said.

The suspects' car sped down Metropolitan Avenue and onto Interstate 635 before the car headed south on Interstate 35 into Johnson County, according to police.

The car finally stopped at a Shawnee apartment complex at West 63rd Street and Cottonwood Drive.

The three men in the car jumped out and ran into one of the buildings in the complex, police said.

The trio and a fourth man came down a stairwell and surrendered without incident.

This is a developing story. Check back for more.