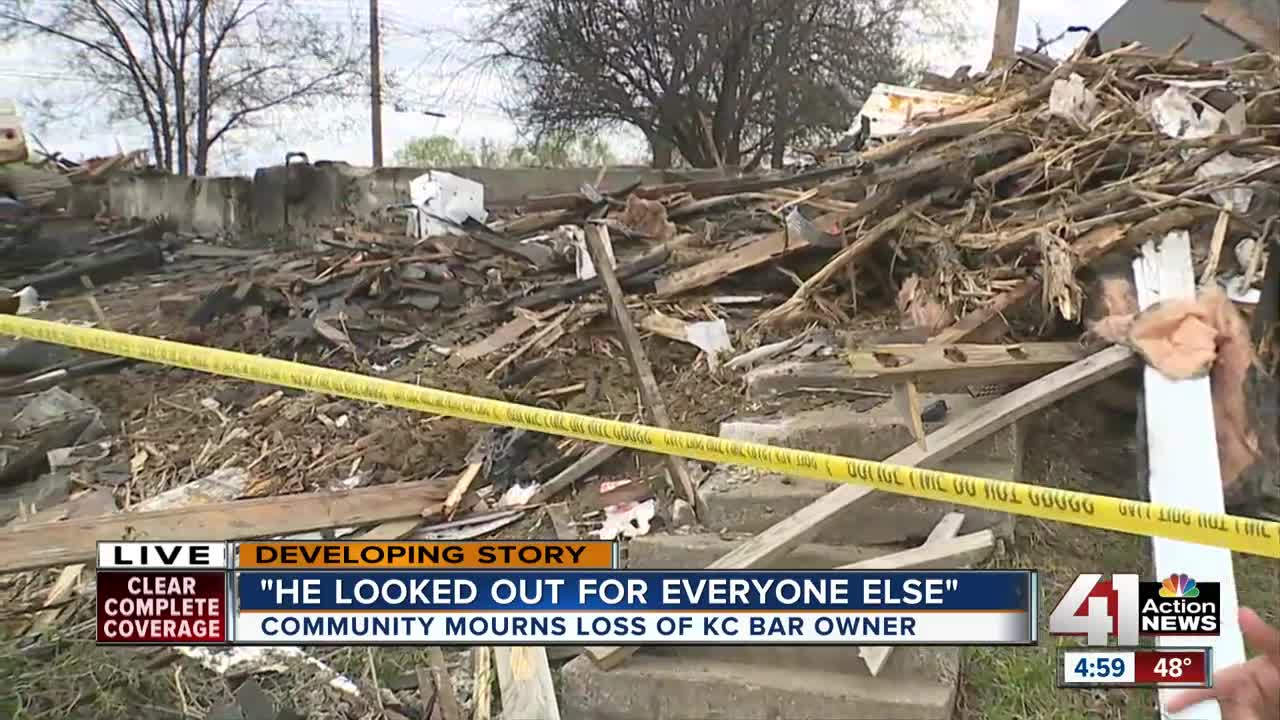 Authorities have yet to formally identify the man who died Wednesday in an explosion and fire that destroyed a house near East 15th Terrace and Fremont Avenue in Kansas City, Missouri, but property records and friends indicate it was a local bar owner, Melvin "Lee" Mecker, who died. 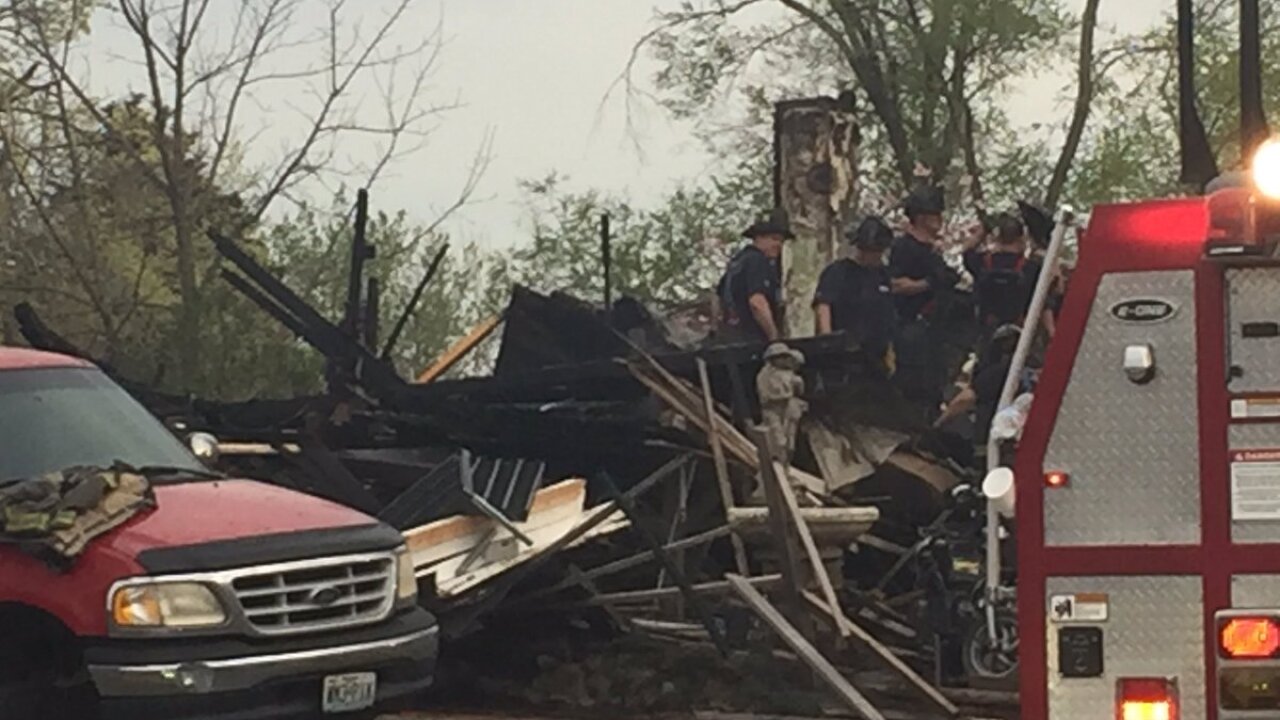 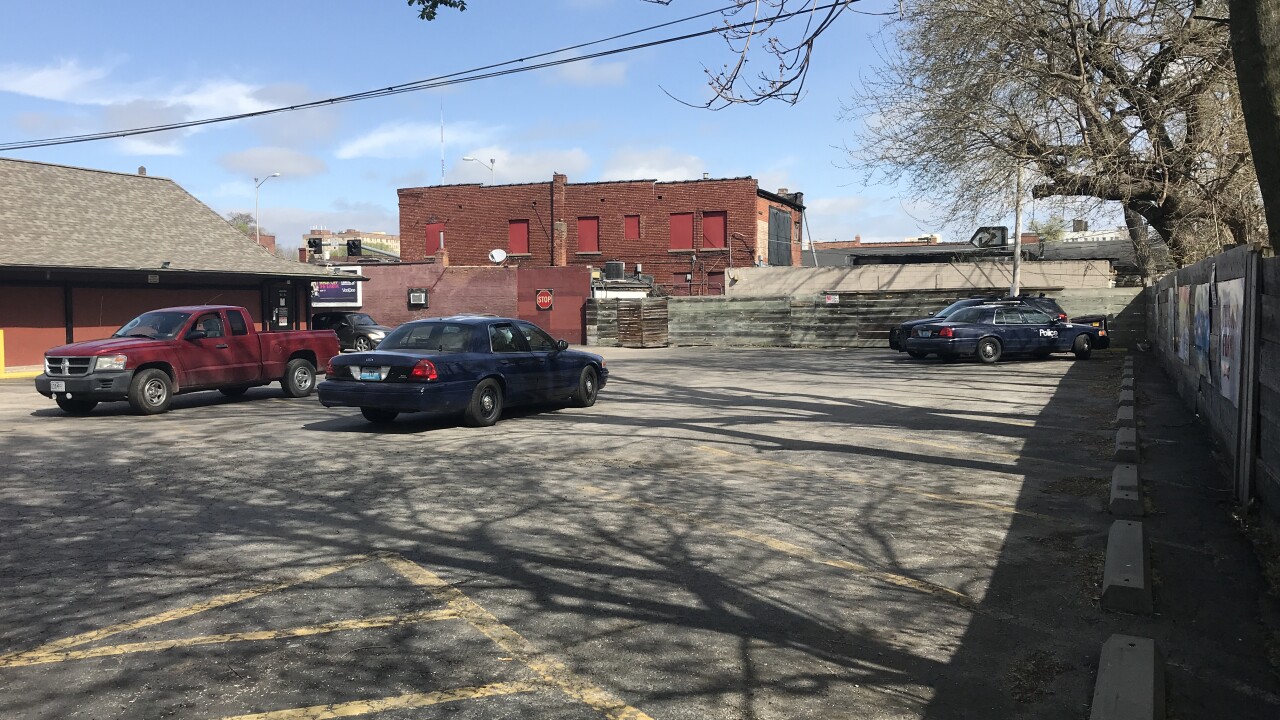 KANSAS CITY, Mo. — Investigators spent much of Thursday sifting through piles of debris, searching for clues on what led to Wednesday's deadly explosion and fire at a home in northeast Kansas City, Missouri.

"Go through it all — look for anything that might be an ignition source," Kansas City Fire Department Deputy Chief Jimmy Walker said.

Authorities have yet to formally identify the person who died in the explosion and fire, which destroyed a house near East 15th Terrace and Fremont Avenue.

Friends also have identified Mecker, who went by Lee Mecker, as the man whose body was found in the rubble of the house after it exploded, caught fire and collapsed shortly before 4:15 p.m. on Wednesday.

“It is true Lee Mecker has passed away,” Doyle wrote. “He was a great man, kind hearted, understanding boss and very much loved by all who walked into Buddieskc or into his life in general. RIP Lee - god speed.”

Eileen Norris, who owns the building that houses Buddies, said she has known "Lee" for more than 20 years.

"He had a wicked personality," Norris said. "He had a dry sense of humor, which is not for everybody."

Many are remembering Mecker for his acts of charity, which ranged from raising money to grilling food for the less fortunate.

"He looked out for everyone else, you know," Mecker's friend, Eugene Wheelington, told 41 Action News.

"He’s just been a part of our life for decades," Hudgens said.

"He was a very well-spoken person for the LGBT community and how well he treated everybody," Box said. "What a kind and sweet person he was."

The Kansas City, Missouri, Fire Department had yet to determine a cause for the explosion.

Walker said Thursday that power and gas had been shut off to the house, but there were a lot of generators and possibly lots of gasoline present on the property. He said the fire wasn’t considered suspicious at this time, but that the investigation remains ongoing.

The KCPD Bomb and Arson Unit also is assisting with the investigation.

“We need a couple days to make a positive identification,” KCPD spokesman Capt. Tim Hernandez said. “There will be no release today. As of now it is a death investigation.”

Mecker posted a photo of a missing dog Jan. 12 on his personal Facebook page, pleading for Keara’s return. A dog, which appears to be Keara and that witnesses told police lived at the now-exploded home, was taken to the KC Pet Project this morning.

The fire department said Thursday a second dog died in the fire.

This dog has been sitting in front of the home for the past 20 mins. Police on scene say witnesses tell them this is where the dog lived pic.twitter.com/k6cMr9Vt0t