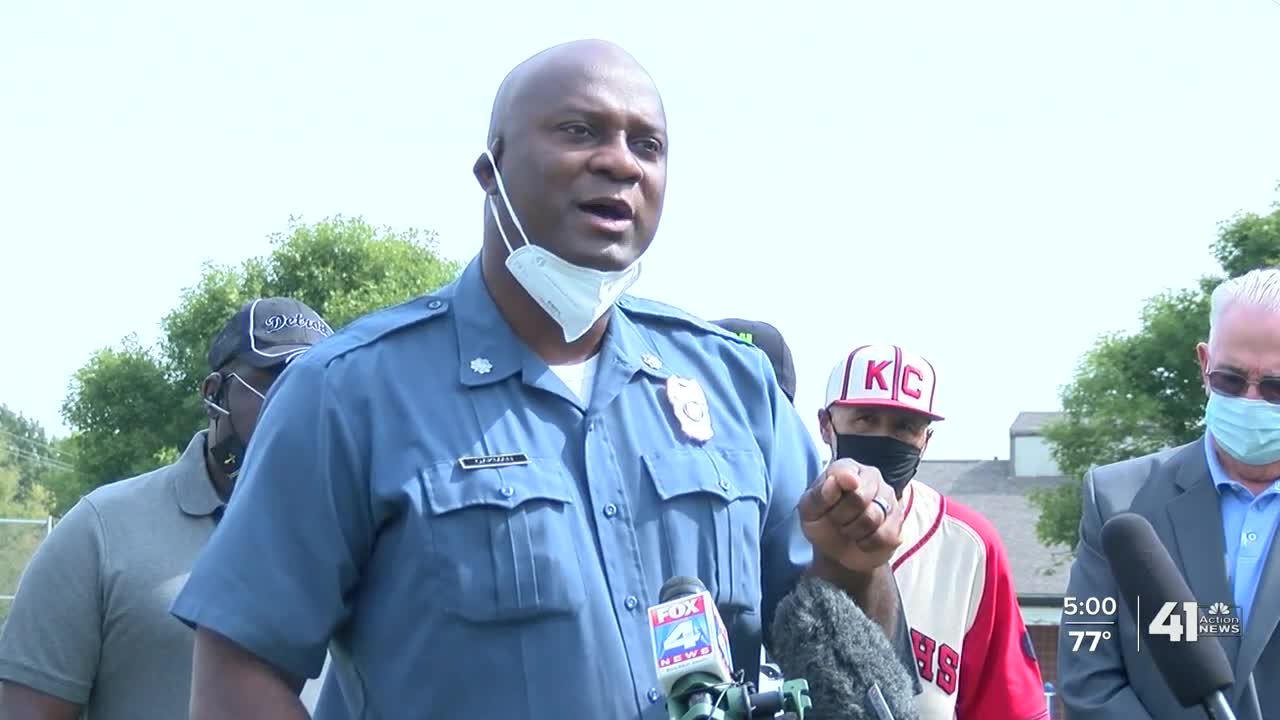 Community activists gathered Tuesday morning near the area where a 22-month-old boy was shot and killed when someone fired into a vehicle less than 24 hours earlier. 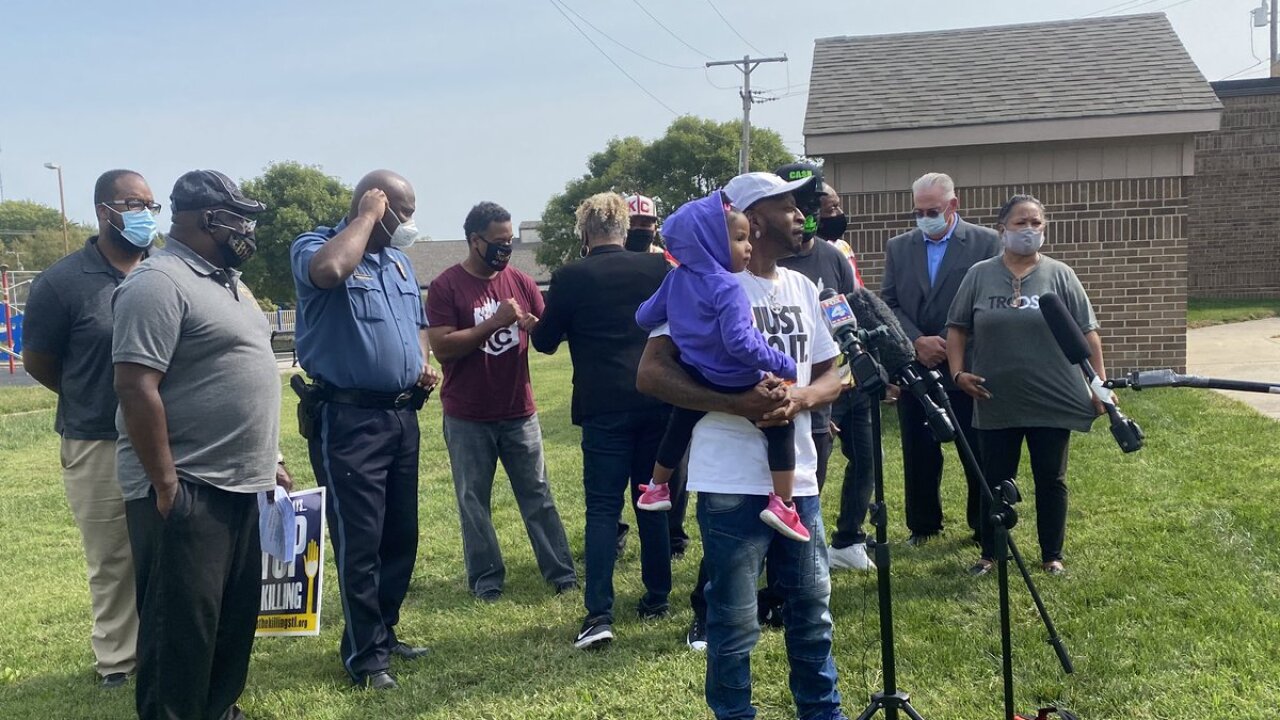 KANSAS CITY, Mo. — Community activists gathered Tuesday morning near the area where a 22-month-old boy was shot and killed when someone fired into a vehicle less than 24 hours earlier.

Karl Oakman, a deputy chief with the Kansas City, Missouri, Police Department, said Tyron Payton will have "the full power of KCPD" to find the person responsible for the shooting.

Oakman and others encouraged anyone who witnessed the shooting or may have information in Tyron's death to call KCPD or the Greater Kansas City Crime Stoppers Tips Hotline.

Bishop Tony Caldwell with the Justice and Dignity Center said there was a $25,000 reward for information leading to an arrest in the deadly shooting.

"When's it gonna stop?" Caldwell said. "Somebody out there saw something. This is about that child's life."

Emanuel Cleaver III, pastor at St. James United Methodist Church, said it was time for Kansas City to "step up."

"We need the community to step up and if you have any information to share that," Cleaver said. "I come from a tradition where we teach that what you do for the least of these, you also do for God. And I think a 2-year-old falls into that category."

On Monday afternoon, Tyron Payton and his parents were shot while inside a vehicle near East 33rd Street and Agnes Avenue. The driver of the vehicle went to a nearby fire station for help after the shooting.

Tyron's parents, who were in the front seat, remained in stable condition late Monday night. A fourth adult in the vehicle was not injured.

Police said that detectives were “making headway” in identifying persons of interest in the shooting but were still asking anyone with information to come forward.

The vehicle, which was towed shortly after the shooting, showed at least eight bullet holes in the driver’s side door.

Zach Fatall with the Kansas City Fire Department was one of the firefighters who responded when the car arrived outside the station. He said he immediately noticed the bullet holes riddled across the car.

While first responders "did everything we could" to save the child, Fatall said it was obvious that he had been badly injured.

Sgt. Jake Becchina, a police spokesman, said Monday that it appeared a person had fired multiple shots into the vehicle at close range.

Speaking Monday, Mayor Quinton Lucas lamented the death of another young child in the community due to gun violence.

In late June, 4-year-old LeGend Taliferro was shot and killed while sleeping in his family’s apartment. His death spurred the launch of Operation LeGend, a federal anti-crime initiative that has since expanded to eight other U.S. cities.

Federal officials say Operation LeGend has resulted in more than 2,000 arrests across those cities, including nearly three dozen homicide arrests in Kansas City.

Anyone with information in Monday’s deadly shooting is asked to contact the Greater Kansas City Crime Stoppers Tips Hotline at 816-474-8477 (TIPS).