KCPD seeking help to identify suspects in shooting that injured 2 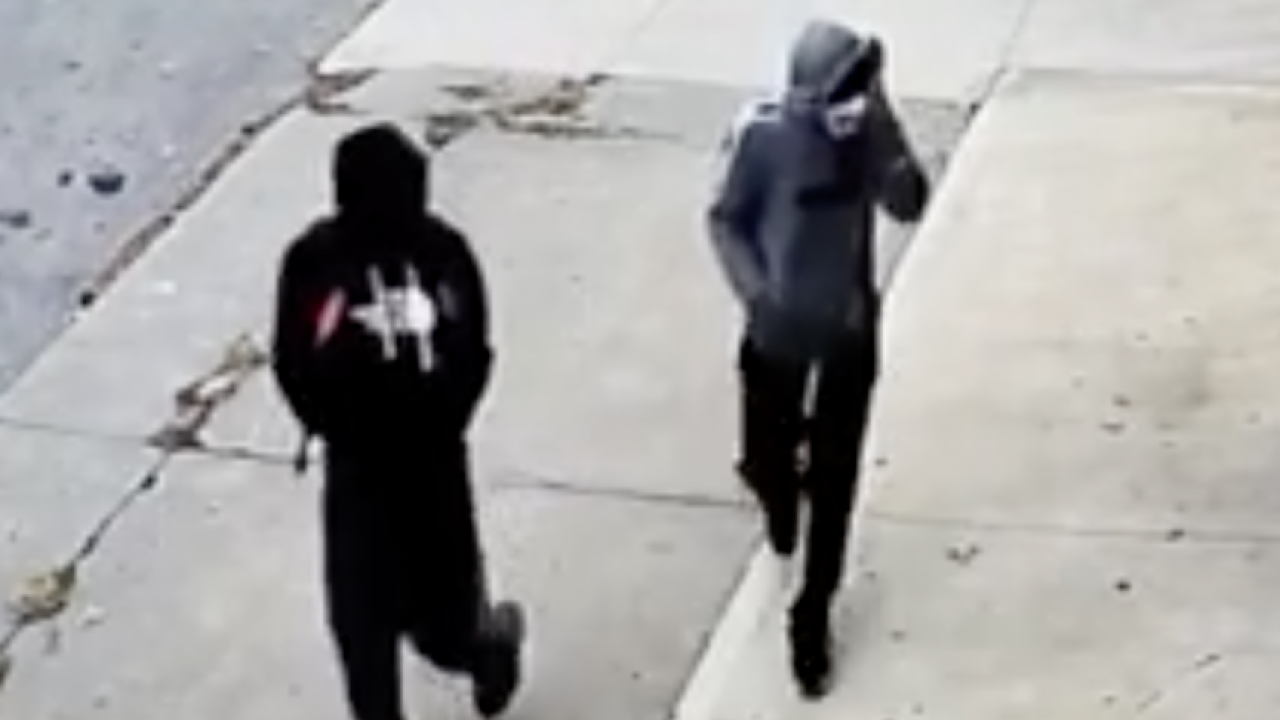 Two individuals in hooded sweatshirts walked into a business at 4422 St. John Ave. and opened fire.

KCPD released surveillance video of the suspects entering the store and then running from the scene.

Both suspects are described as black males, probably in their teens.

One wore a gray sweatshirt and skull facemask with red-and-white shoes. The suspect appears to be putting something, possibly a handgun, in a jacket pocket as he runs through the store’s parking lot.

The second suspect wore a black North Face hoodie with a dark-colored facemask and pink backpack.

Two shooting victims were transported to the hospital after the shooting incident, which happened shortly before 5:15 p.m. at the Northeast Market.

One victim, who was critically injured, remains hospitalized. KCPD said the victim "is stable and recovering."

The second shooting victim was treated and released from the hospital shortly after the incident.