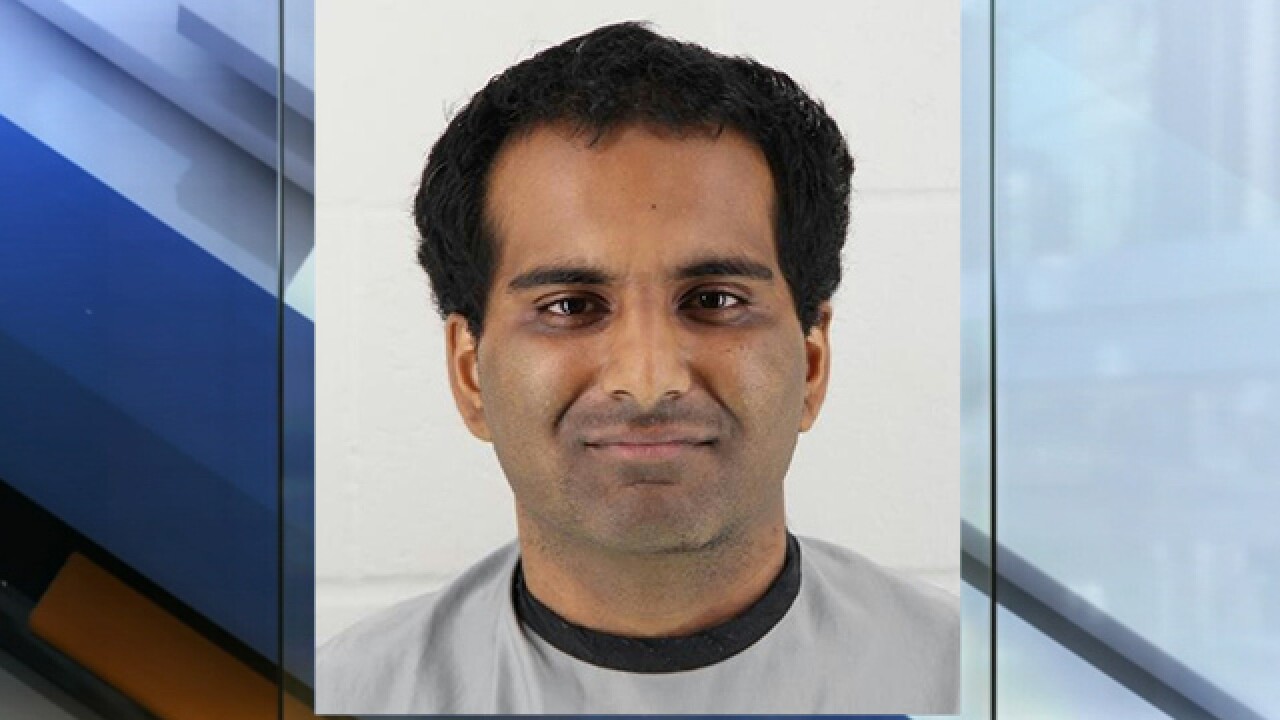 Copyright 2018 Scripps Media, Inc. All rights reserved. This material may not be published, broadcast, rewritten, or redistributed.
<p>Surya Turaga is accused of trying to take a child from their mother in Overland Park, Kansas.</p>

OVERLAND PARK, Kan. — An Overland Park man is facing charges after an incident at a health club Wednesday.

Surya Turaga, 24, is charged with aggravated battery - physical contact, aggravated endangerment of a child, felony obstruction of the legal process, and two counts of battery on a law enforcement officer.

The Overland Park Police Department responded to the Genesis Health Club in the 6700 block of West 110th Street around 2:11 p.m. Wednesday on an attempted kidnapping.

Overland Park police said the infant’s mother didn’t know the suspect. Police say they were told the man picked the child up. Staff intervened and took the child back to safety.

Overland Park police said the suspect was still at the business when officers arrived. After a short struggle, officers took the suspect into custody. No officers were injured.

The child was treated at the scene and is expected to be fine, according to Overland Park police.

The Genesis Health Club released the following statement on the incident:

"Yesterday one of our employees was able to quickly diffuse a situation when a member tried to pick up an employee's child in our Overland Park Kid's Club. Police were called through an abundance of precaution. Through our employee’s swift intervention, the situation was resolved immediately and without incident. The member in the incident will no longer be allowed in the club."

Overland Park police ask anyone with information about this incident to call the department at 913-895-6300.