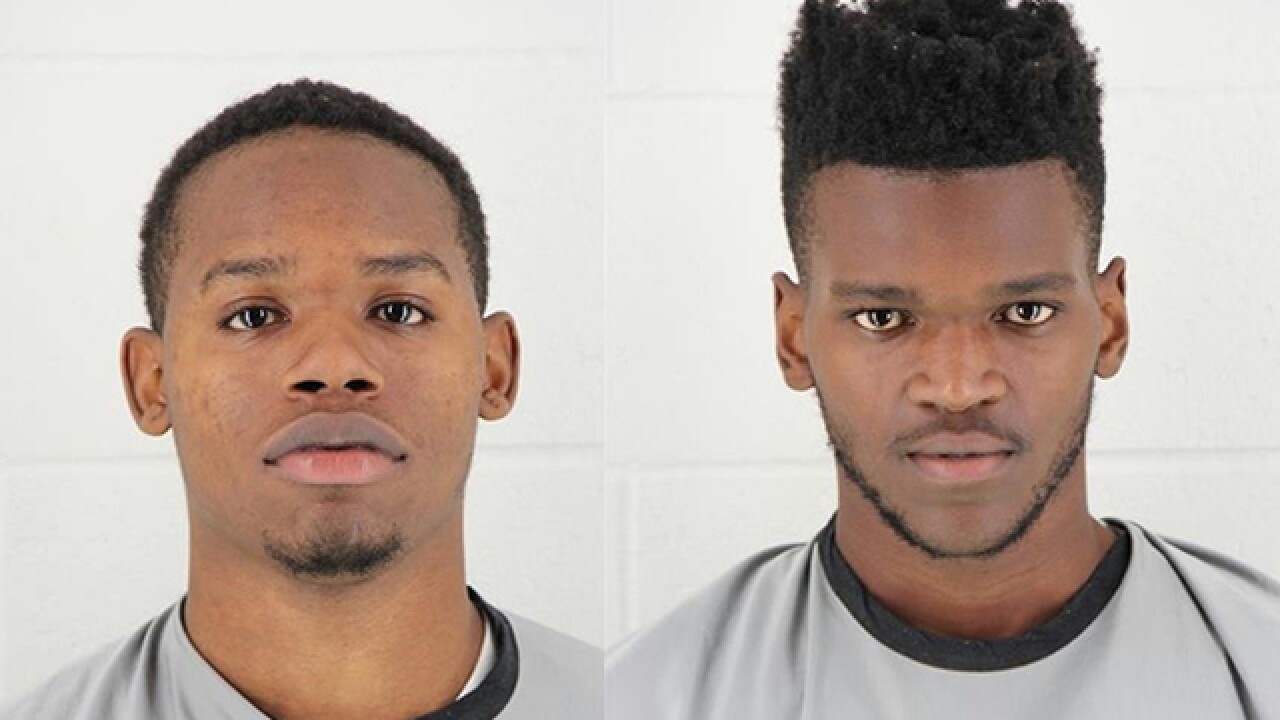 KANSAS CITY, Mo. — Two men have been charged in connection to a shooting at Center High School's graduation that injured to people.

Damon Gwinn, 21, is charged with aggravated battery in connection to the shooting.

Another man is also facing charges related to the shooting. Rasheed Henderson, 20, is charged with fleeing a law enforcement officer.

Two people were injured in the shooting on May 17. At least one of the victims was a graduate.

About 150 students attended the ceremony at the Church of the Resurrection in Leawood, Kansas. Six off-duty officers were at the church to provide security.

At around 8:30 p.m., officers learned of a fight outside the church involving about eight people. When officers made it to the area, the fight had dispersed but officers heard several shots to the east side of the building.

They found one victim laying on the sidewalk on 137th Street. Officials believe he was an innocent bystander and not involved in the fight outside the church.

The second victim was discovered when they arrived at a Kansas City hospital with a gunshot wound.