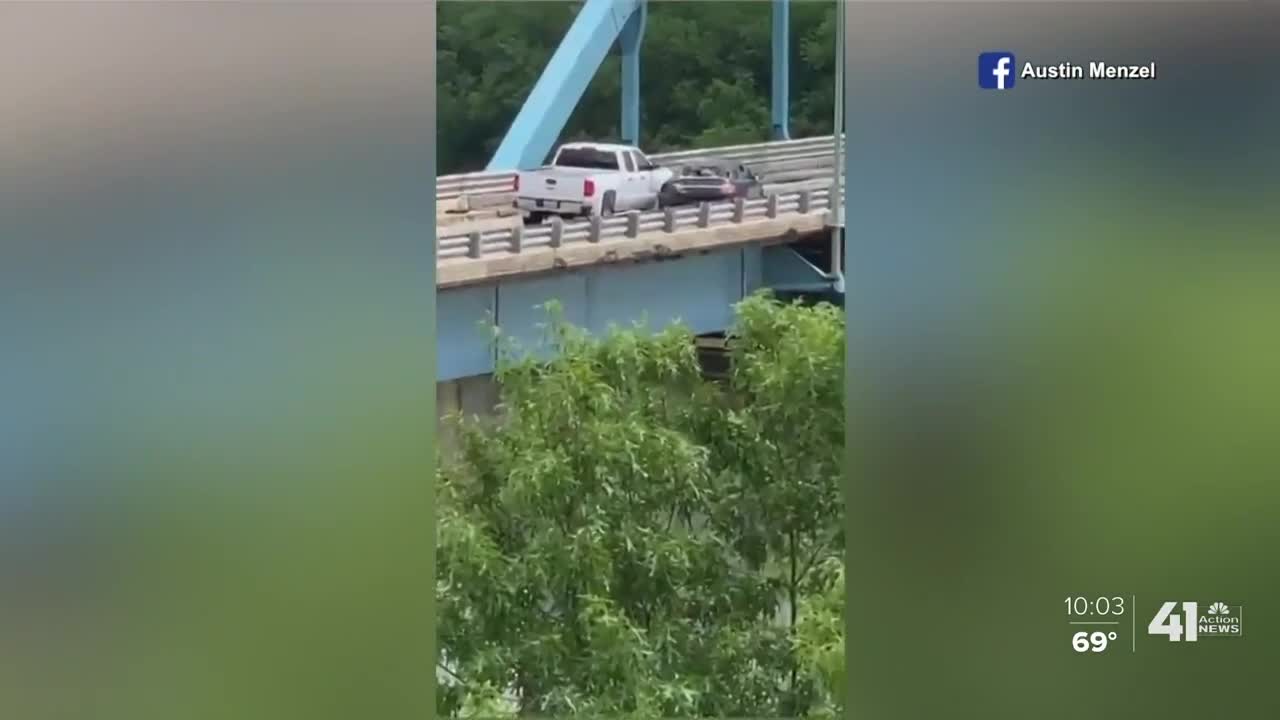 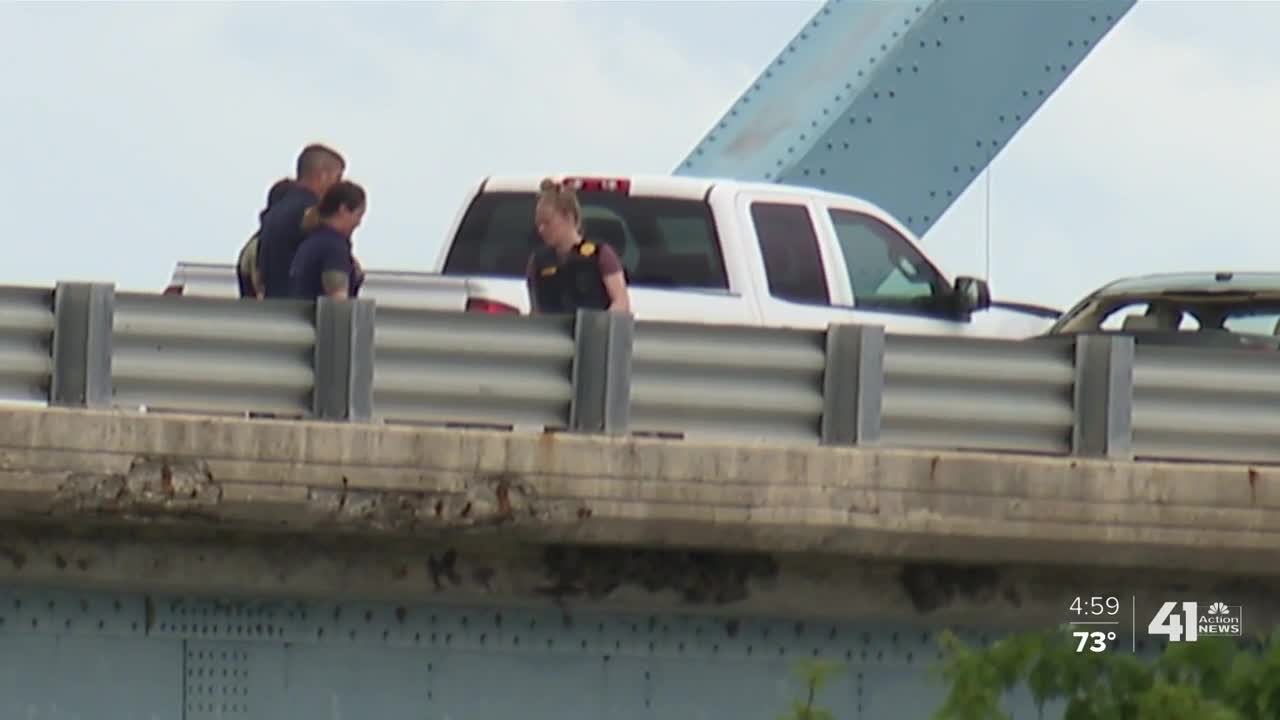 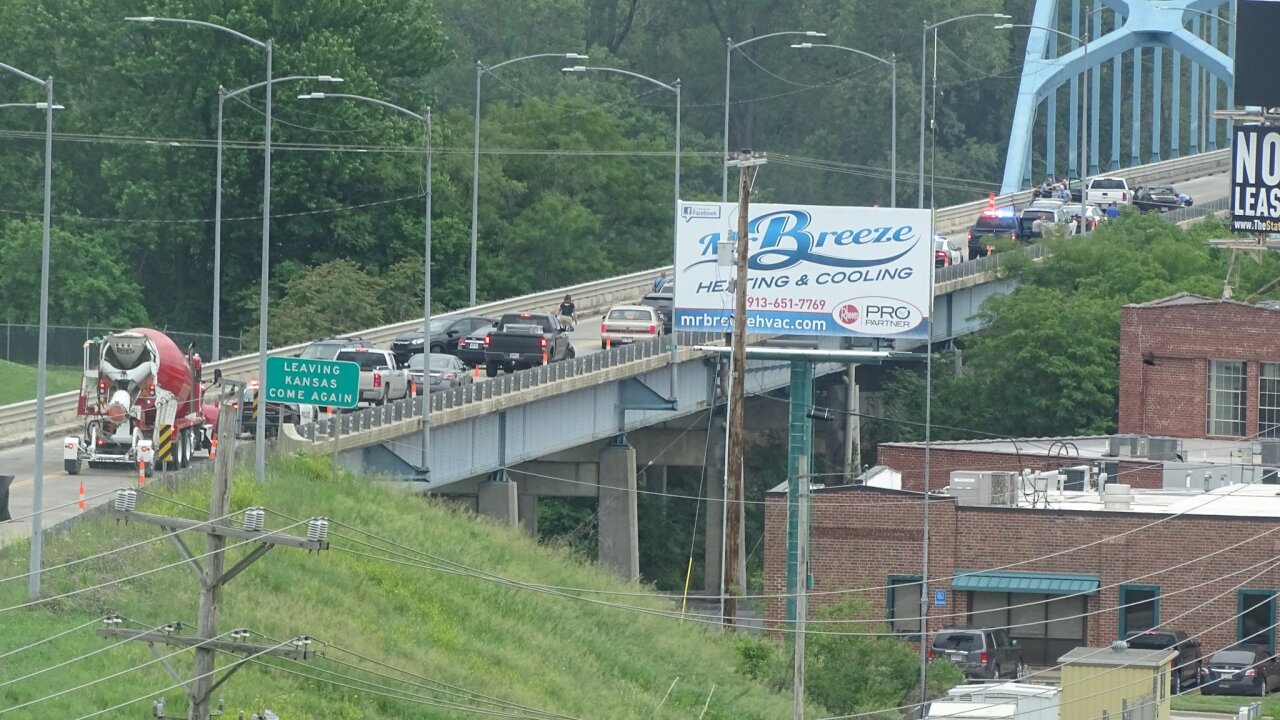 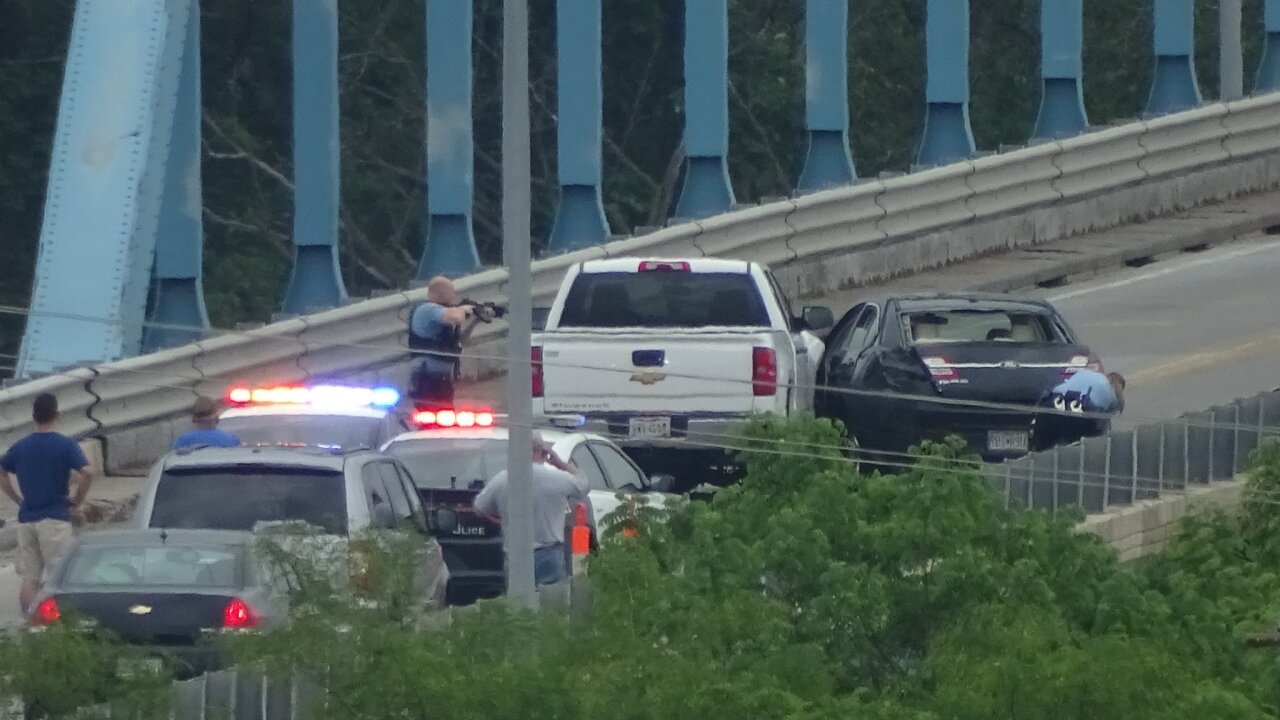 In a news conference, Kitchens said the incident started on the Kansas side of the bridge.

That's when a 34-year-old soldier from nearby Ft. Leavenworth stepped in and "saved the day" by striking the suspect with his vehicle, according to Kitchens.

Austin Menzel filmed first responders arriving on scene and said the incident was "quite a sight to see."

Kitchens said the suspect, described as a Platte County, Missouri, man, was armed with at least a handgun and a semi-automatic rifle and was firing seemingly at random at cars on the bridge after getting out of his car.

As the sound of gunshots echoed down the Missouri River, Charlie Jordan counted them from the campground he manages beneath the bridge.

The suspect was injured in the crash with the soldier and was taken to an area hospital with non life-threatening injuries.

Another active-duty soldier from Fort Leavenworth, was struck by the suspect's fire. That soldier's injuries also were not life-threatening.

The soldier who stopped the shooter was not injured, but is being called a hero.

“I’m just glad he [the shooter] was able to get taken down, you know," Menzel said. "I’m glad that somebody did something about it, nonetheless an active duty soldier. So congrats to that hero... he did good.”