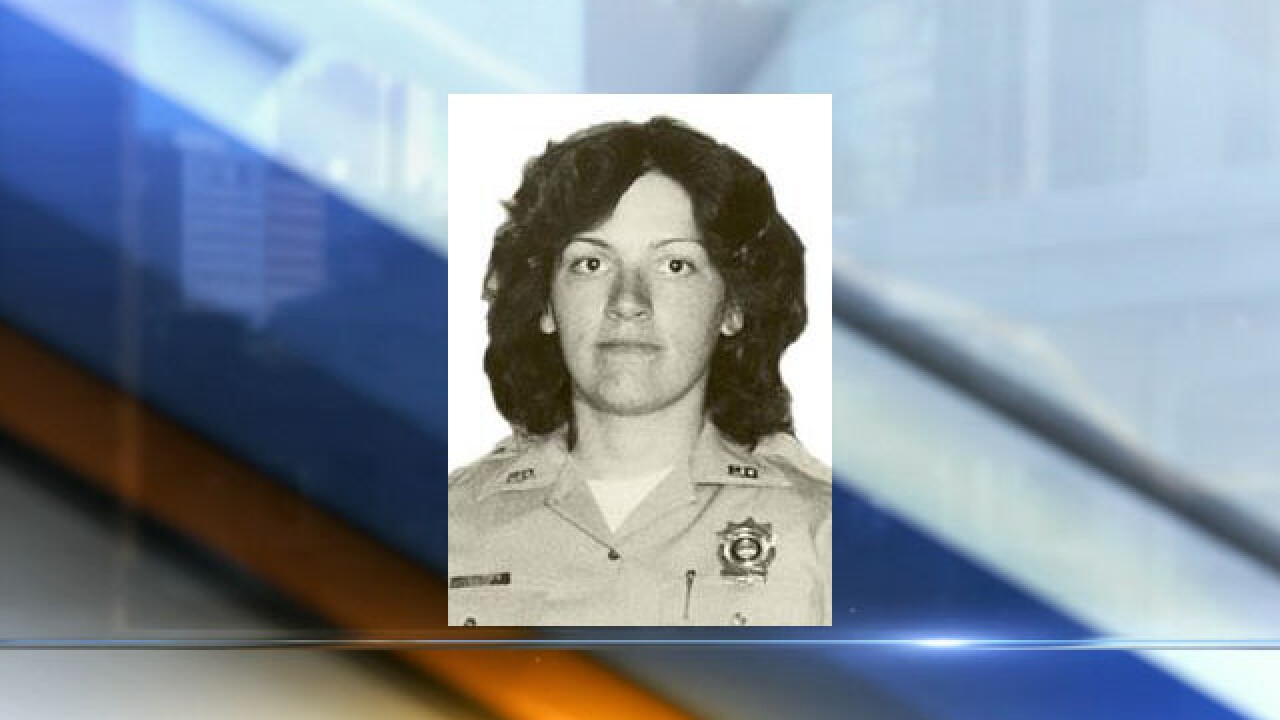 Copyright 2019 Scripps Media, Inc. All rights reserved. This material may not be published, broadcast, rewritten, or redistributed.
Officer Deanna Rose 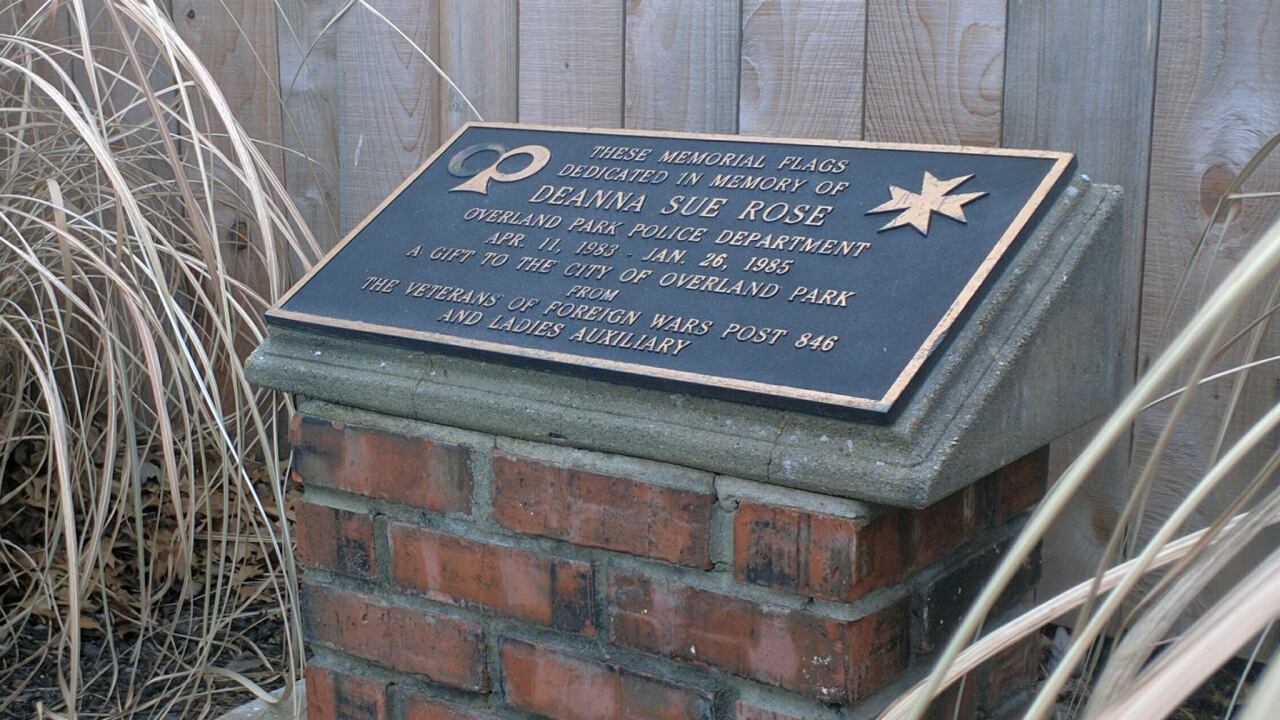 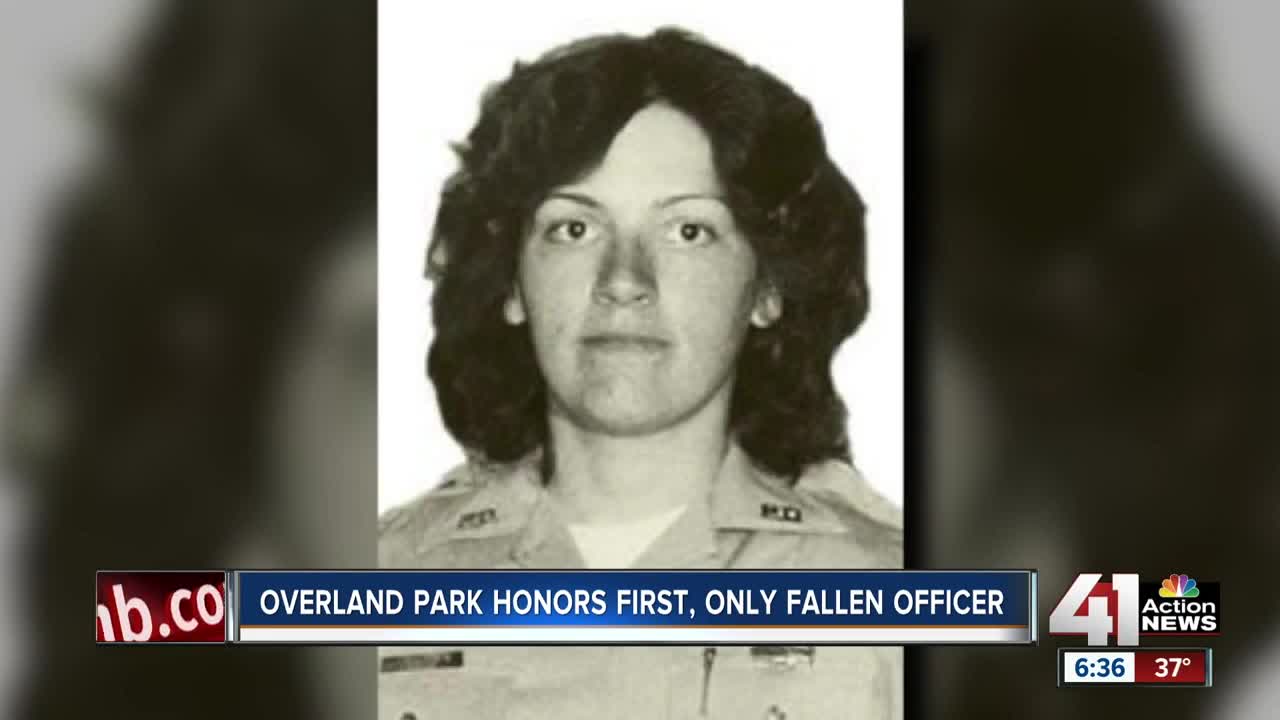 KANSAS CITY, Mo. —
Overland Park police marked the 34th anniversary of Officer Deanna Rose’s death in the line of duty Saturday with a customary remembrance for all units that was read by dispatch.

The city-owned Deanna Rose Farmstead, which sits on 12 acres at 13800 Switzer Road, was renamed in her honor in 1985, because of her love for animals, especially horses.

A plaque near the flags at Deanna Rose Farmstead honors her sacrifice.

Rose — who graduated from Wichita State and started her law enforcement career with the San Diego County Sheriff’s Department — died Jan. 26, 1985, from injuries sustained during a traffic stop.

She was attempting to arrest a 19-year-old drunk-driving suspect, Kenneth Meunier, on Jan. 24, 1985, when he assaulted her, knocking her unconscious with a blow to the head then running her over as he fled the scene.

Rose, who had Meunier’s driver’s license in her pocket as he fled, died from injuries sustained in the attack two days later.

She was posthumously presented the Award of Valor from the Kansas Association of Chiefs of Police.

Meunier was charged with first-degree murder, but plead guilty April 17, 1985, to voluntary manslaughter and sentenced to five to 20 years.

After serving six years in prison, Meunier — now 53 — was paroled in April 1991 and discharged from parole in June 1994. He petitioned to have the conviction expunged from his record in 1996, but the motion was denied.