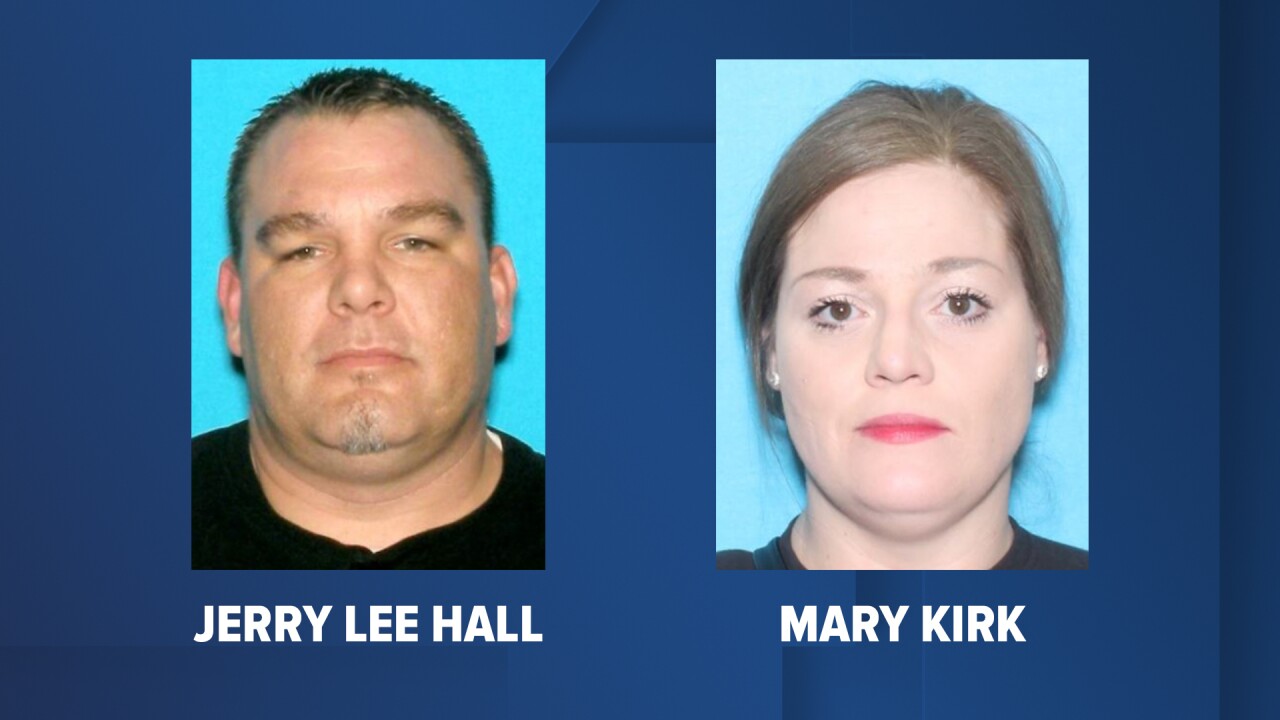 Provided photos
Investigators are trying to find Jerry Lee Hall and Mary Kirk in connection to a fatal hit-and-run crash involving a pedestrian in Overland Park.

Police are still hoping to speak with Mary Kirk about the fatal crash last week, which will a 63-year-old pedestrian.

ORIGINAL STORY | Overland Park police are searching for two people of interest in a deadly hit-and-run crash involving a pedestrian.

The crash happened around 10 p.m. on July 29 near West 77th Street and Metcalf Avenue, when a driver struck 63-year-old Sherry J. Dunn as she was crossing the street.

Investigators are trying to find Jerry Lee Hall and Mary Kirk in connection with the crash.

Police are also looking for a 2005 Chevrolet Silverado, which they said continued north on Metcalf following the crash.

Investigators have reason to believe the bed cover and license plates in the picture have been removed since the time of the crash.

Last week, police said the truck is also missing its driver’s side mirror.

Anyone with information on Hall, Kirk or the truck is asked to call the Overland Park Police Department at 913-895-6407 or the Greater Kansas City Crime Stoppers Tips Hotline at 816-474-8477.