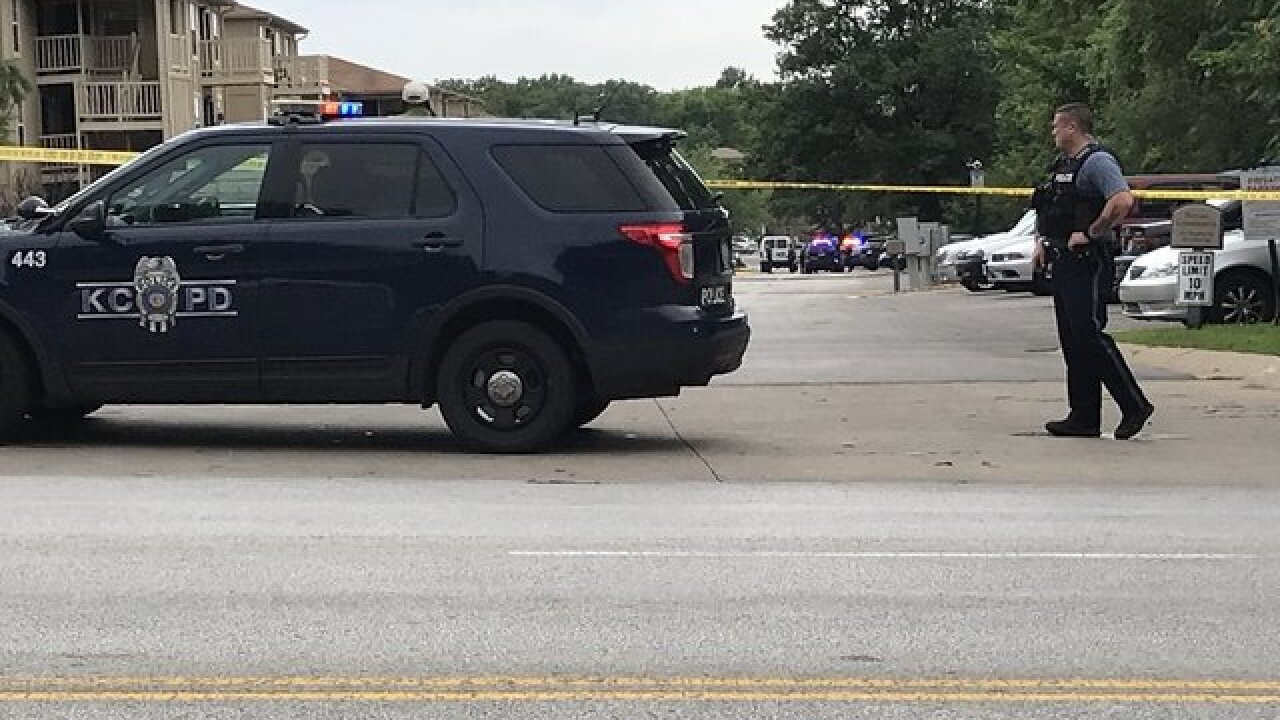 Copyright 2018 Scripps Media, Inc. All rights reserved. This material may not be published, broadcast, rewritten, or redistributed.
<p>A man was found dead inside of a car on Thursday, July 26, 2018 in the 8600 block of E. 61st Terrace, Kansas City, Mo. Photo by Nick Kastelan/KSHB</p>

KCPD officers were called to a shooting around 2:45 p.m. in the 8600 block of East 61st Terrace at the Trails at the Ridge apartments.

Once there, police located a man — who was identified Friday as Coty D. Henry, 25, from KCMO — with a gunshot wound in a vehicle. He was pronounced dead on the scene.

KCPD also said Friday that a person of interest is in custody.