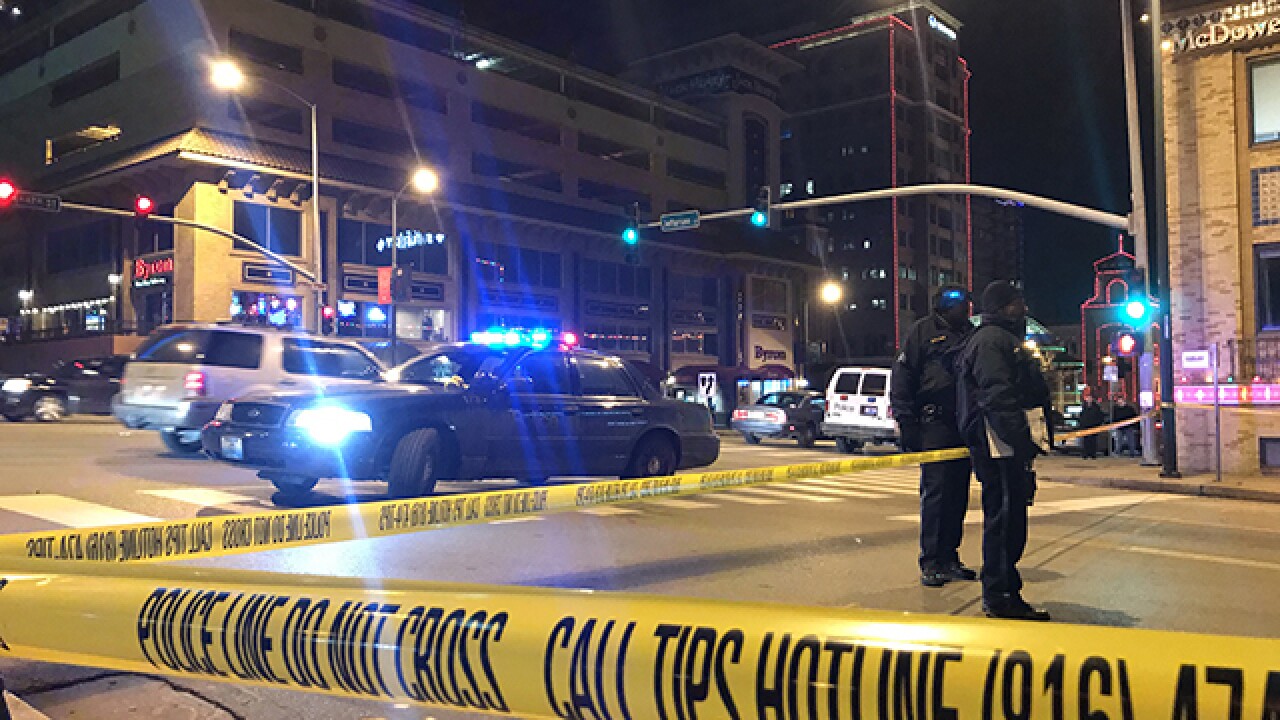 Copyright 2018 Scripps Media, Inc. All rights reserved. This material may not be published, broadcast, rewritten, or redistributed.
<p>A juvenile teen girl was shot Saturday on the Country Club Plaza near a parking garage at 47th St. and Jefferson Ave.</p>

KANSAS CITY, Mo. – A shooting Saturday evening on the west side of the Country Club Plaza that left a teenage girl with a graze wound from a bullet might have been random, police said Monday.

In a press release, police say the victim was in the back seat of a car traveling northbound on Jefferson just south of 47th Street when the occupants of the car heard gunshots.

After speeding away, the occupants of the car located police a couple blocks away, where the victim received treatment.

Police say the shooter was part of a group of males in their late teens to mid-20s wearing dark clothing.

Detectives say they remain unclear about the motive.

Police are asking anything with information about the incident to call the TIPS Hotline at (816) 474-8477.