Suspect in Arrowhead Stadium standoff charged after shooting at employees 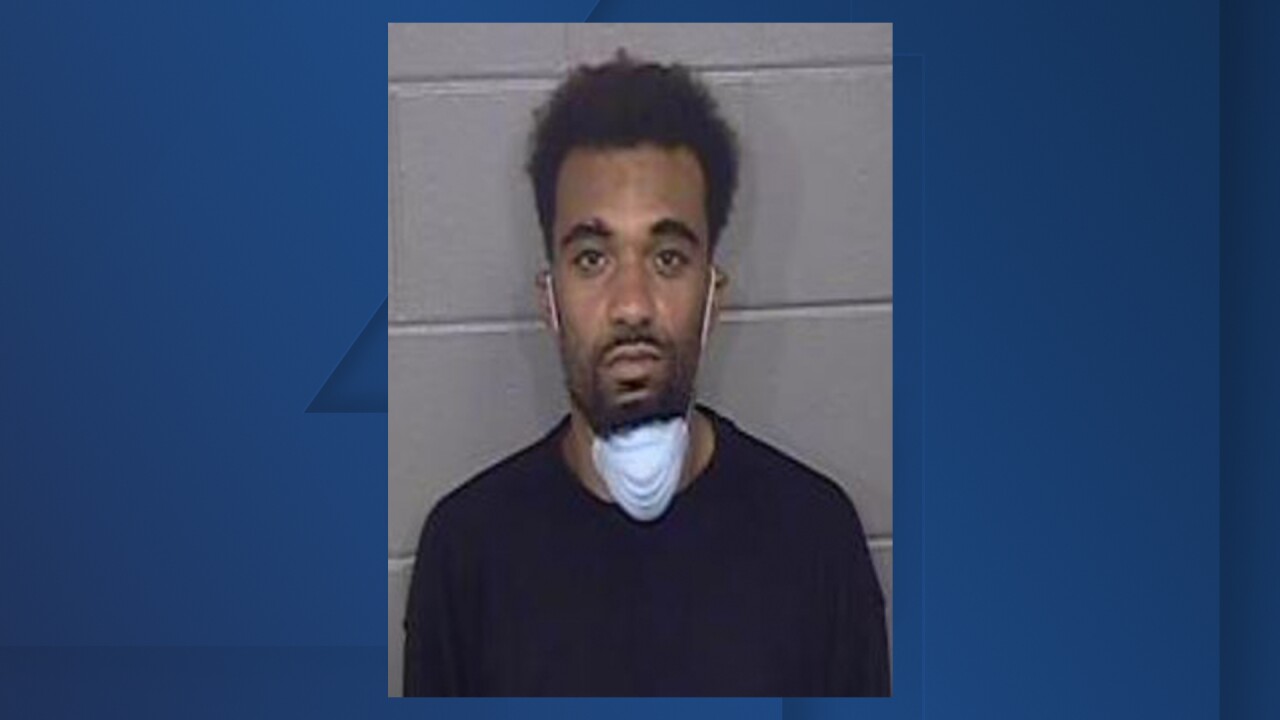 KANSAS CITY, Mo. — A 33-year-old Kansas City, Kansas, man has been charged with three crimes in connection with an hours-long standoff Saturday outside Arrowhead Stadium.

The Kansas City, Missouri, Police Department announced Monday that Joshua D. Newton has been charged with unlawful use of a weapon, making terroristic threats and armed criminal action.

The suspect is 33-y.o. Joshua D. Newton. He has been charged with unlawful use of a weapon, terroristic threats & armed criminal action. pic.twitter.com/KatDQ6zM8A

The Jackson County Prosecuting Attorney's Office confirmed the charges, all felonies, a short time later, including making a terrorist threat in the first degree.

KCPD officers responded to the Truman Sports Complex around 10:30 a.m. on Saturday to investigate after an armed man in the parking lot allegedly opened fire at some stadium employees.

The Royals employee who was shot at, a groundskeeper who was disposing of grass clippings, was not injured by the gunfire, according to police.

The groundskeeper was riding on a Gator through the parking lot when he saw Newton and thought he might need to ask a question, so he slowed down to see if he could help.

He said Newton was about 100 feet away when he pulled two handguns from behind his back and pointed them in the direction of the groundskeeper, who hopped off the Gator and started to run as Newton allegedly fired several shots in his direction.

According to a probable cause statement, the groundskeeper ran past another man as he ran through the parking lot.

Newton told that man, who is not identified in court records, "Don't worry, my brother. I ain't gonna get you. You go right ahead."

The groundskeeper hid near some portable toilets and called 911 as Newton appeared to search for him, according to the probable cause statement.

Armored vehicles from KCPD, the Jackson County Sheriff's Department and the Independence Police Department initially were used to escort stadium employees and police officers who had been pinned down to safety.

They later were used to bring the standoff to an end.

“The fact we had armored vehicles allowed us to close the distance on the subject, making less-lethal munitions possible,” KCPD Capt. David Jackson said in a statement. “It’s highly likely that armored vehicles, used in this manner, saved this person’s life. They specifically acted as a piece of deescalation equipment and allowed officers to safely remove civilians from the area.”

Authorities also said they recovered a knife from Newton.

The Royals’ game was delayed briefly due to the police activity, which also delayed the arrival of the Pittsburgh Pirates’ team bus and Truman Sports Complex was placed on a lockdown during the incident with orders for people in the stadiums to shelter in place.

Surveillance video of the incident shows Newton walking around the stadium with guns. Investigators also found threatening posts about his plans to go to Arrowhead Stadium on Saturday on social media.