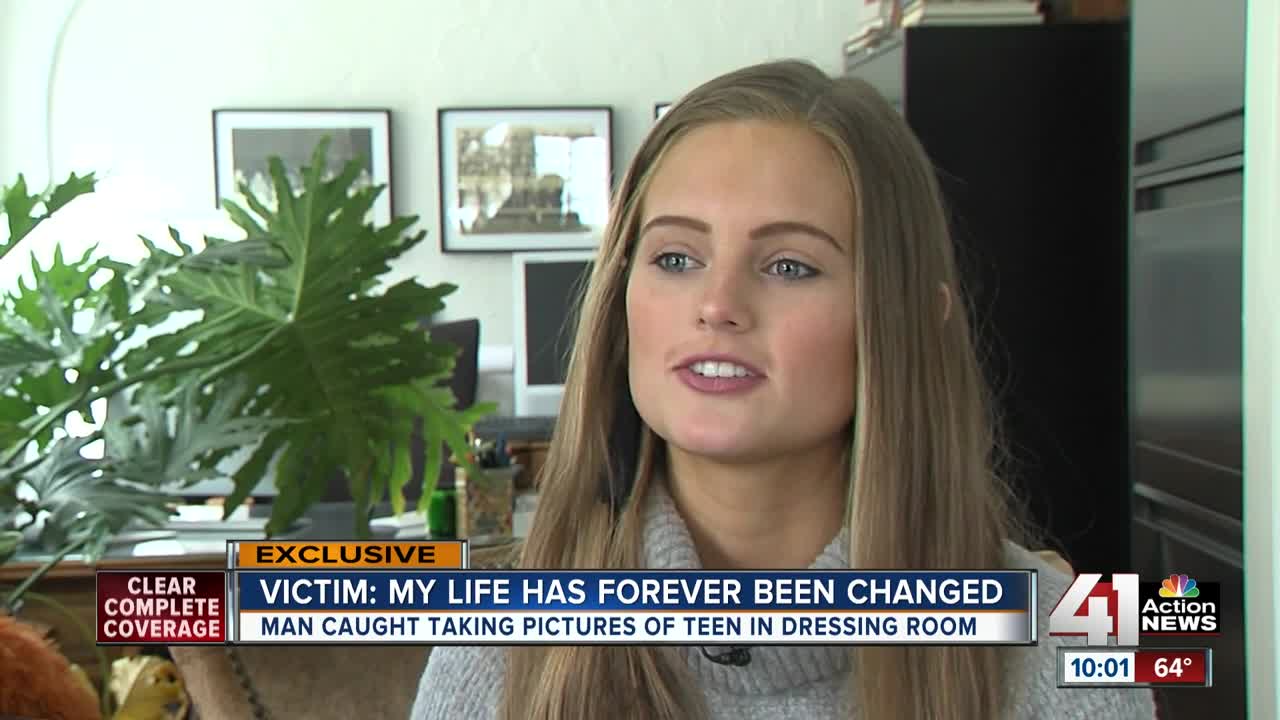 Emily, a 16-year-old victim of a peeping Tom in a mall changing room, hopes every female will take heed of this picture she took when a Joplin, Missouri, man in the stall next to her aimed a cell phone camera into her changing room. 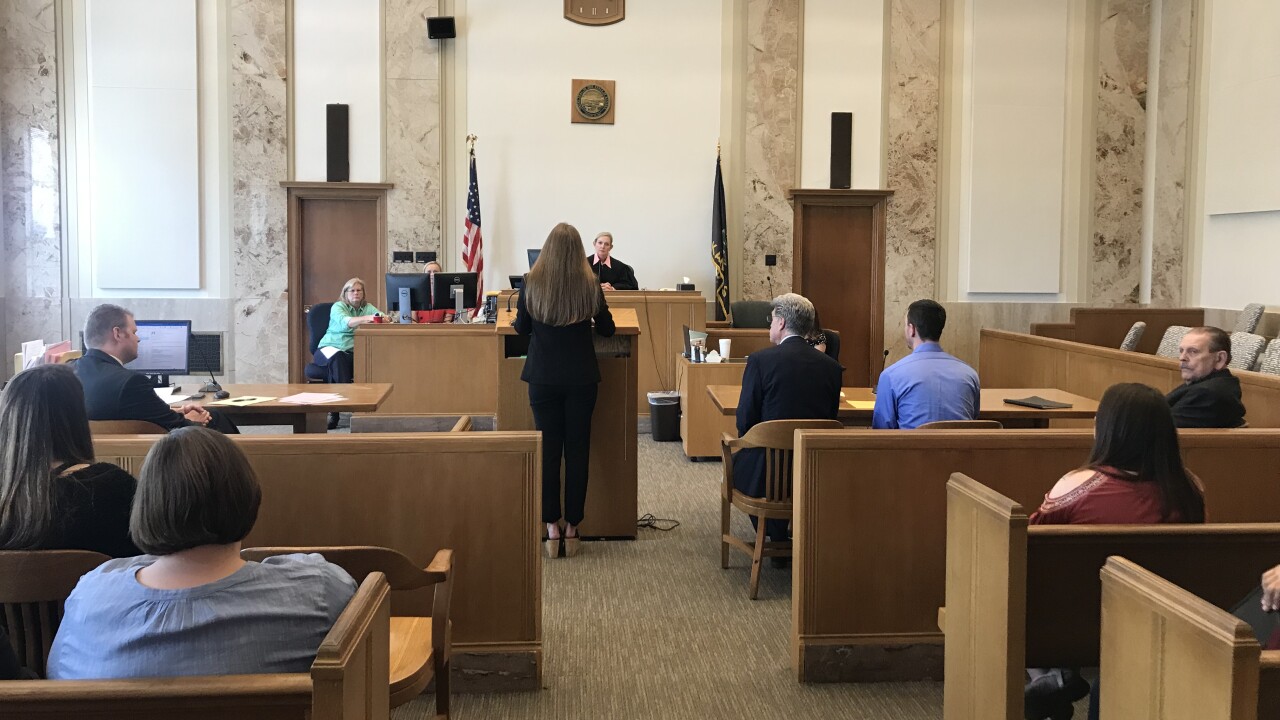 KANSAS CITY, Mo. — A 16-year-old girl named Emily hopes every female will take heed of this picture she took.

"I was fully undressed ...," said Emily, whose last named is being withheld to protect her privacy. "I looked down and I saw the phone angled on the pair of jeans moving closer."

A man in the stall next to her, had folded his jeans and placed his phone — camera pointed up — on the jeans aimed into her changing room.

She said when he adjusted the angle, she became suspicious.

"He would bend down and move it closer, so I decided to take a Snapchat picture of it," Emily said.

She's glad she did. That picture, along with another victim's story a month later at the same store, helped catch the man responsible.

Anthony DeLapp, from Joplin, Missouri, was in court Thrusday in Johnson County, Kansas. He pleaded guilty to one count of breach of privacy.

"Approximately 100 images were found of this type of filming," he said. "Of those, there were six distinct images that showed women in a state of undress."

Unfortunately, Covington said they have no way of knowing who the other women are. He sees similar cases all the time.

"We've seen this everywhere — a retailer at a gas station, shopping mall, bathroom," Covington said. "You name it, we've seen it."

"As a teenage girl, my world has forever been changed by this," she said, "I am more cautious now, because I realize the threat of being unaware."

After Emily finished reading her statement, she returned to the gallery, where friends and family surrounded her with support.

Emily's dad is determined to help protect others from what his daughter endured.

"Continue to help others who have been through this, to work with you to increase awareness of this issue, that when you're daughters or sons go shopping that they have to be aware of their surroundings," he said.

Her case might be over now, but Emily isn't done working for change.

"It's really important if dressing rooms are going to be coed that walls go down all the way to the floor and there's personnel on staff trained to handle the situation if it does happen again," she said.

Emily knows stories like hers — sharing pictures like the one she took of the phone in the dressing room — will help bring about that change.

As part of a plea agreement, DeLapp was sentenced to 18 months probation and must undergo sex offenders treatment. He is banned from Oak Park Mall and isn't allowed to have contact with the victims or their families.

DeLapp also must register as a sex offender for 15 years as a condition of his probation.