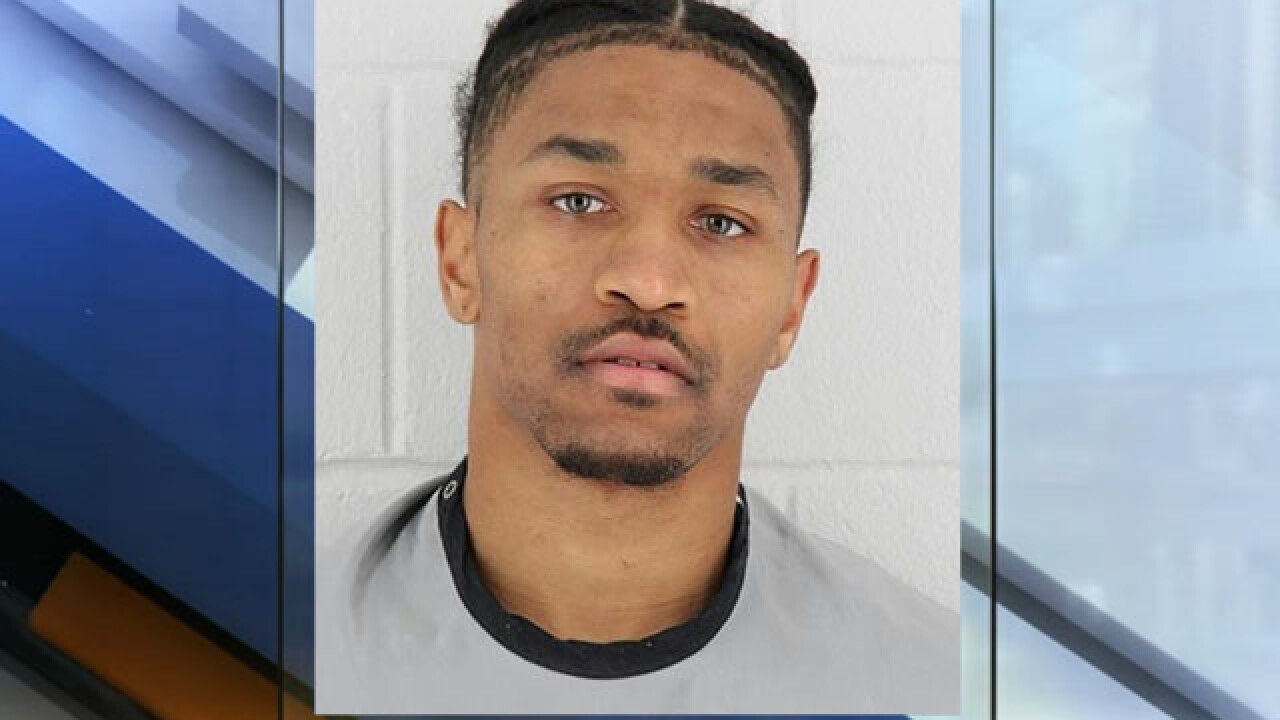 MANHATTAN, Kan. – UPDATE: 5 p.m. | Amaad Wainright is facing two charges out of Johnson County, including fleeing and eluding and obstruction of justice in connection to a road rage incident on Jan. 17, 2018 in Overland Park along Interstate 435.

A police report indicates that someone fired a shot from Wainright's car.

EARLIER | A Kansas State Men’s basketball player is in federal custody Tuesday after he was arrested by U.S. Marshals in Kansas City.

The U.S. Marshal’s Office in Kansas City tells 41 Action news that they arrested K-State junior guard Amaad Wainright Monday in Kansas City on a warrant out of Johnson County, Kansas.

The circumstances of his arrest weren’t immediately known.

Wainright is from Kansas City, Missouri.

K-State Director of Athletics' Gene Taylor says Wainright has been suspended from the team.

“We are aware of Amaad’s situation, and due to the seriousness of the charges he has been indefinitely suspended from our men’s basketball team per athletic department policy," Taylor said in a statement to 41 Action News. "We take matters such as these very seriously and will re-evaluate his status as we learn more information.”