Witness says cars in double fatal crash were 'jockeying' each other 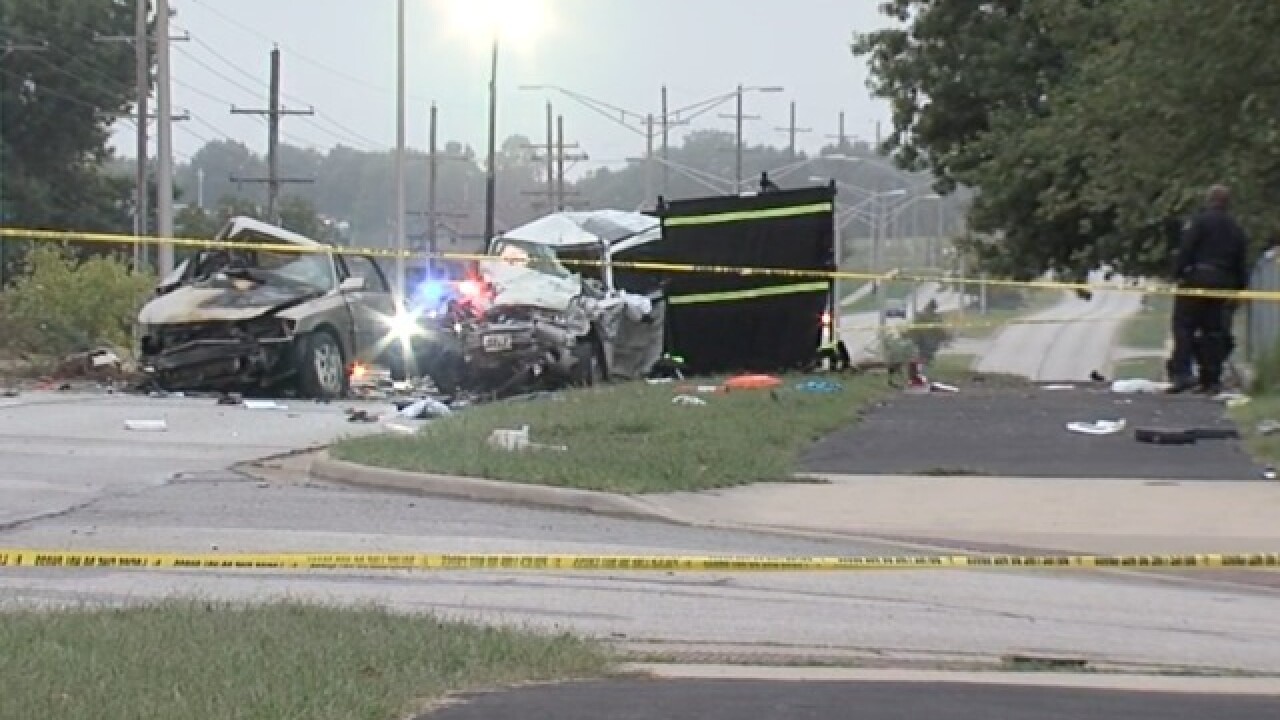 KANSAS CITY, Mo. — A witness told police that two of the vehicles involved in an Overland Park crash that took the lives of two young men were "jockeying" each other on the roadway.

The crash claimed the lives of Samuel Siebuhr, 20, and Mathew Bloskey, 18.

According to court documents, a witness told police that a minivan and gold Toyota Avalon were traveling eastbound at a high rate of speed on 151st Street near Melrose on Oct. 6.

The witness said he moved his vehicle as far to the right as he could as both vehicles attempted to pass him at the same time. He said he then saw the vehicles make contact with each other, which caused the Avalon to swerve into oncoming traffic, hitting two vehicles, including one driven by Bloskey.

Officials say Siebuhr was the driver of the Avalon and Bradley Woodworth, 45, was in the minivan.

Witnesses told police that the van stopped for several seconds after the crash before leaving the scene.

Woodworth has been charged with leaving the scene of an accident.