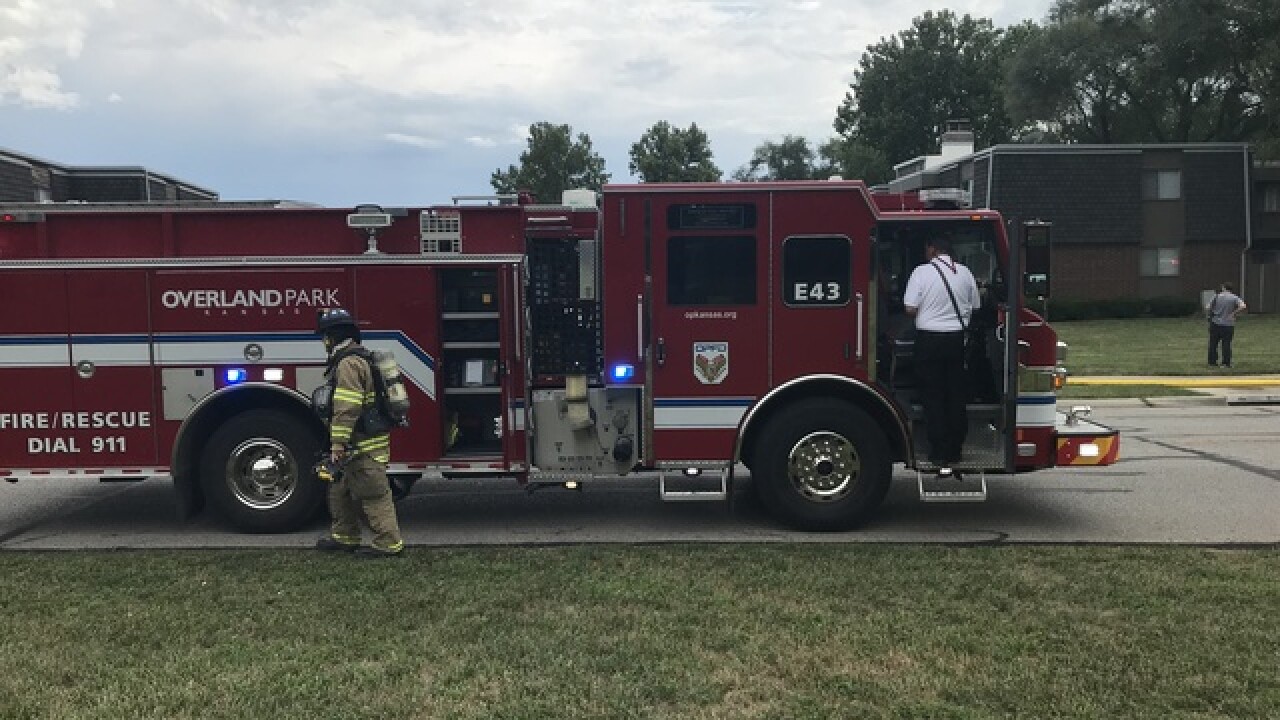 Copyright 2018 Scripps Media, Inc. All rights reserved. This material may not be published, broadcast, rewritten, or redistributed.
<p>No serious injuries were reported when a three-alarm fire broke out Saturday, July 28, 2018, at the Meadowbrook Hill Apartments in Overland Park.</p>

Johnson County, Kansas prosecutors charged Shanda Braithwaite with five counts of aggravated arson, one count arson of a dwelling and a felony count of theft.

Prosecutors allege Braithwaite committed the crimes on July 28 at the Meadowlark Hills Apartments near 92nd Street and Robinson in Overland Park, Kansas.

The severity of the fire prompted fire officials to call for a three-alarm response. A man and his child had to be rescued by firefighters.