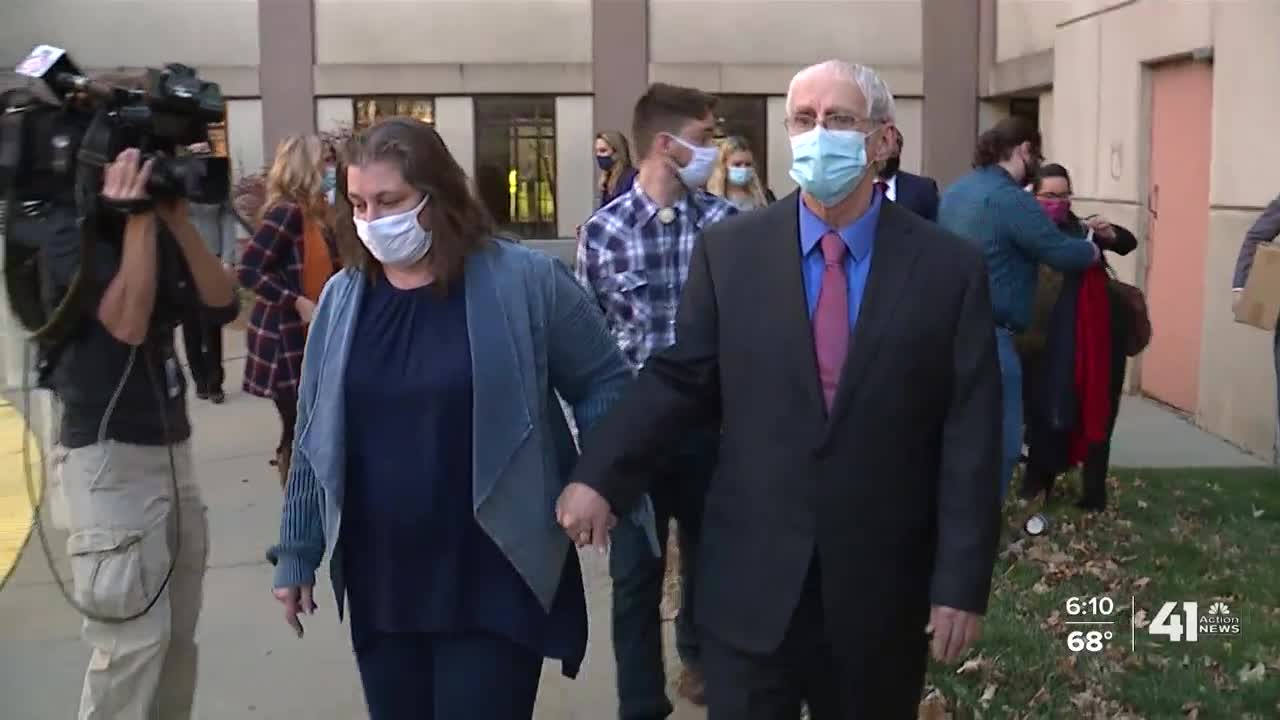 Wyandotte County prosecutors on Thursday dropped a murder charge against a man who has served 12 years in jail after a judge set aside his conviction following new evidence in the case. 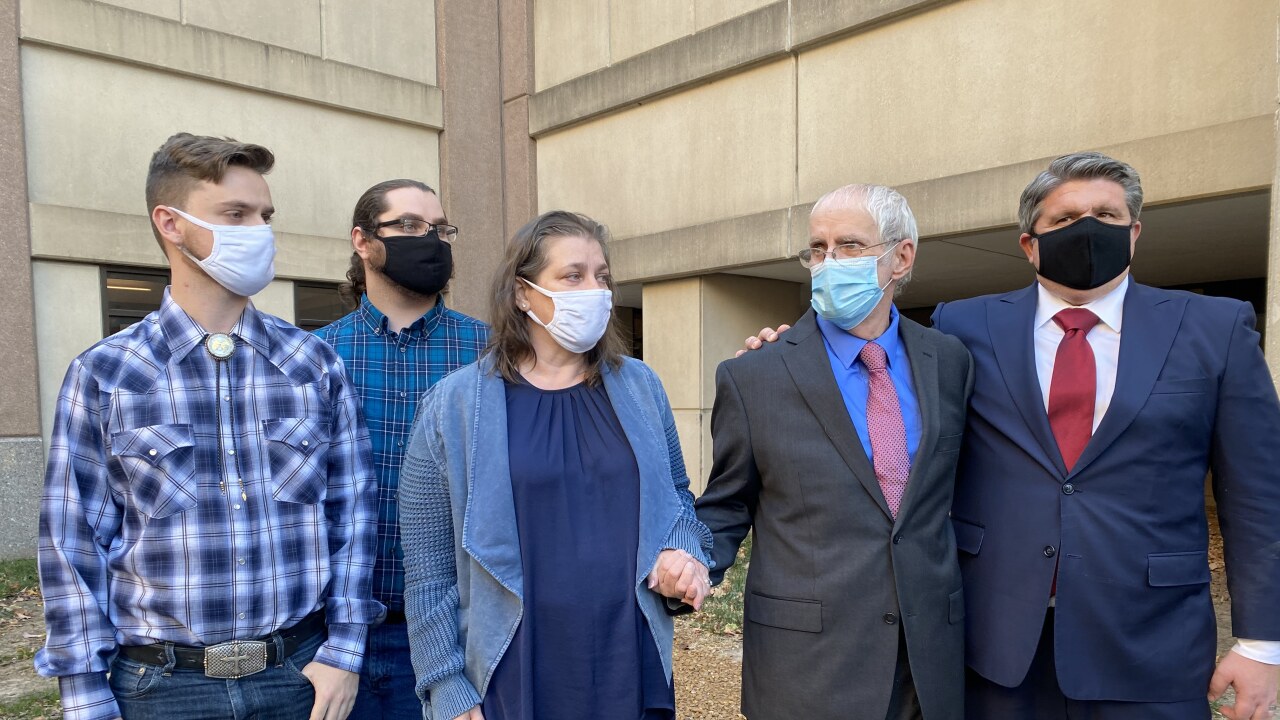 KANSAS CITY, Mo. — Wyandotte County prosecutors on Thursday dropped a murder charge against a man who has served 12 years in jail after a judge set aside his conviction following new evidence in the case.

Mark Dupree, the county district attorney, said new evidence uncovered by his office’s recently established Conviction Integrity Unit led to the decision not to retry Olin “Pete” Coones for the deaths of Kathleen and Carl Schroll.

“Any time there is a system that involves humans, error is possible," Dupree said at a news conference early Thursday afternoon. "If we fail to accept the possibility of human error, we are doomed to repeat the failures of our past."

The original medical examiner in the case testified in a hearing this week that the deaths were likely a murder-suicide and not a double homicide. After their deaths in 2008, Coones was charged with double murder and ultimately convicted in the death of Kathleen Schroll.

“I first want to apologize to Mr. Coones, to his five children that he was taken away from and to his family,” Dupree said. “And I also want to give my sincere apologies to the Schroll family, who has had to endure two processes concerning their loved ones. This case was indeed a failure of our system of which the Conviction Integrity Unit was designed to uncover and to correct.”

Coones, 63, was released from jail several hours after Dupree announced his office would dismiss the charges against him.

Coones did not make any comments as he left the jail on Thursday afternoon but posed for photos with family members and his attorneys. As he got into a car to leave the jail, a reporter asked if he was smiling underneath his mask.

"Yes. Yes," Coones said as he stepped into the vehicle.

Dupree said that he received a letter from Coones in 2018, before the Conviction Integrity Unit had been fully funded, requesting that his office take another look at the case. Coones has long maintained his innocence, saying he was set up in a murder-suicide.

Kathleen and Carl Schroll were found shot to death inside their home in the early hours of April 7, 2008. Kathleen Schroll reportedly had called her mother before police arrived, saying that Coones was in her home and had threatened to kill both her and Carl. On Thursday, Coones' attorney, Branden Bell with the Morgan Pilate Law Firm, told 41 Action News that a call was never made.

According to Dupree, discovery of a fourth bullet at the scene, which had been sitting in a police evidence room for 12 years, "held the key to an innocent man's freedom."

Bell said that if certain evidence had been presented, he believes the jury never would have convicted Coones 12 years ago.

“Had the police performed a competent investigation, they would have discovered it" Bell said. "If you were looking for (the bullet), it’s clearly visible even in a photograph. For whatever reason, they didn’t find it, but they should have and it was there, the whole time."

The district attorney also cited the opinions of two medical examiners who found the deaths to be murder-suicide as reason not to retry Coones, along with evidence of "extreme financial difficulties" that the state knew about but did not disclose to the defense at the time.

Olin Pete Coones has been released and is a free man after 12 years in jail. pic.twitter.com/4WyNT2hQQw

Dupree said it's the first exoneration to come from an investigation by the Conviction Integrity Unit. Lamonte McIntyre, another Wyandotte County man who spent years in prison for a crime he did not commit, was set free in 2017, before the creation of the unit.

Dupree said he spoke with Coones in the courtroom after informing a judge his office did not intend to seek a new trial in the case. According to Dupree, Coones told him," Thank you for answering my letter."

"He has a good heart despite all of what he’s been through, and I hope that it is a testament of good human beings to go through what he’s gone through and still have the mind to shake a prosecutor’s hand," Dupree said. "Because prosecutors make mistakes as well."