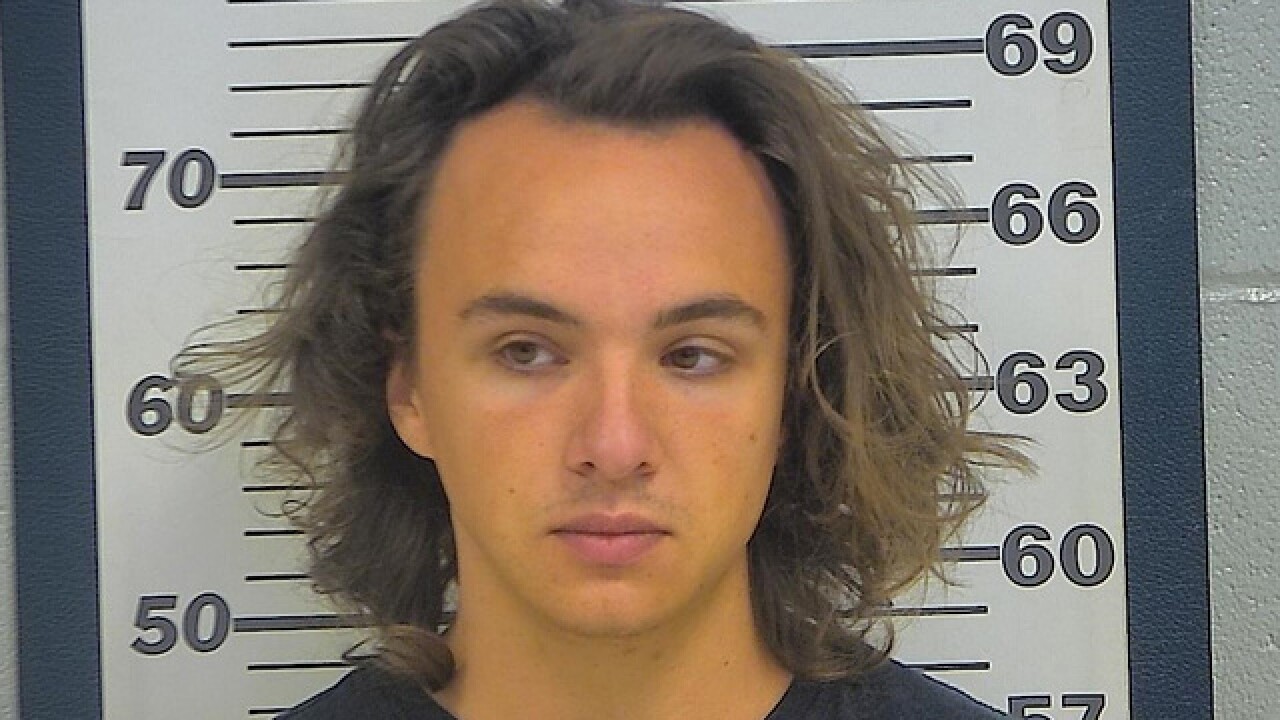 Christian A. Hammond, 22, is charged with child molestation in Platte County.

According to court documents, the victim, a six-year-old boy, told investigators that on Nov. 7, he received a hug from the yoga teacher. During that hug, Hammond allegedly reached down the child's pants and squeezed the boy's genitals and buttocks multiple times.

Parkville Police took Hammond in for questioning on Tuesday morning.

Hammond admitted that he knows the victim and has for the whole time he has taught at the school.

The probable cause statement shows Hammond told investigators he hugged the boy with two arms and put his hand on his backside and genitals outside his pants and squeezed it. Mr. Hammond stated that this occurred in the "pit" area of the school while he was sitting on the steps. Hammond said it occurred less than ten times but more than four times.

In charging documents, when a detective asked Hammond why he picked the victim and he stated, "I don't know he is a cute child".

According to Parkville police, Hammond is a contractor with the school who teaches ballet and yoga on Tuesdays.

Police said the investigation is ongoing and they believe there could be other victims.