How the FIRE Foundation brings inclusion to the classroom 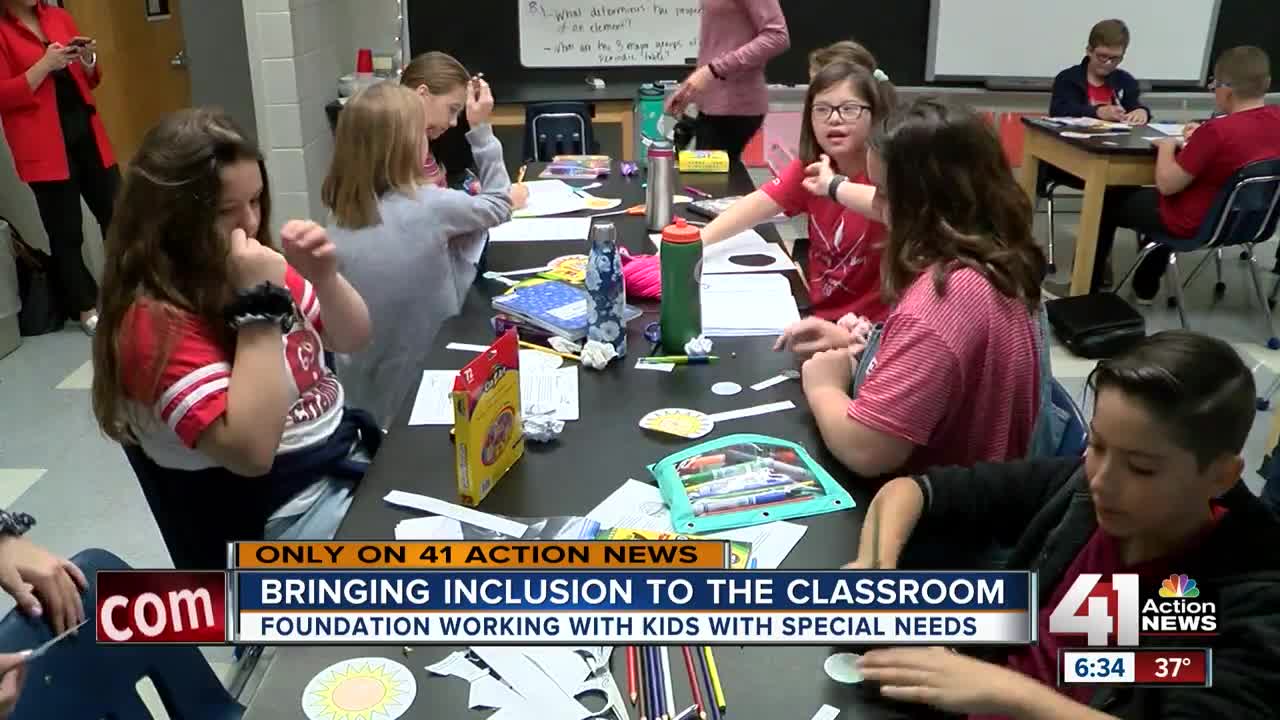 The FIRE Foundation works to promote inclusivity in the classroom. One family who enrolled their daughter at a FIRE Foundation school said they’ve noticed many positive changes that came with the new environment. 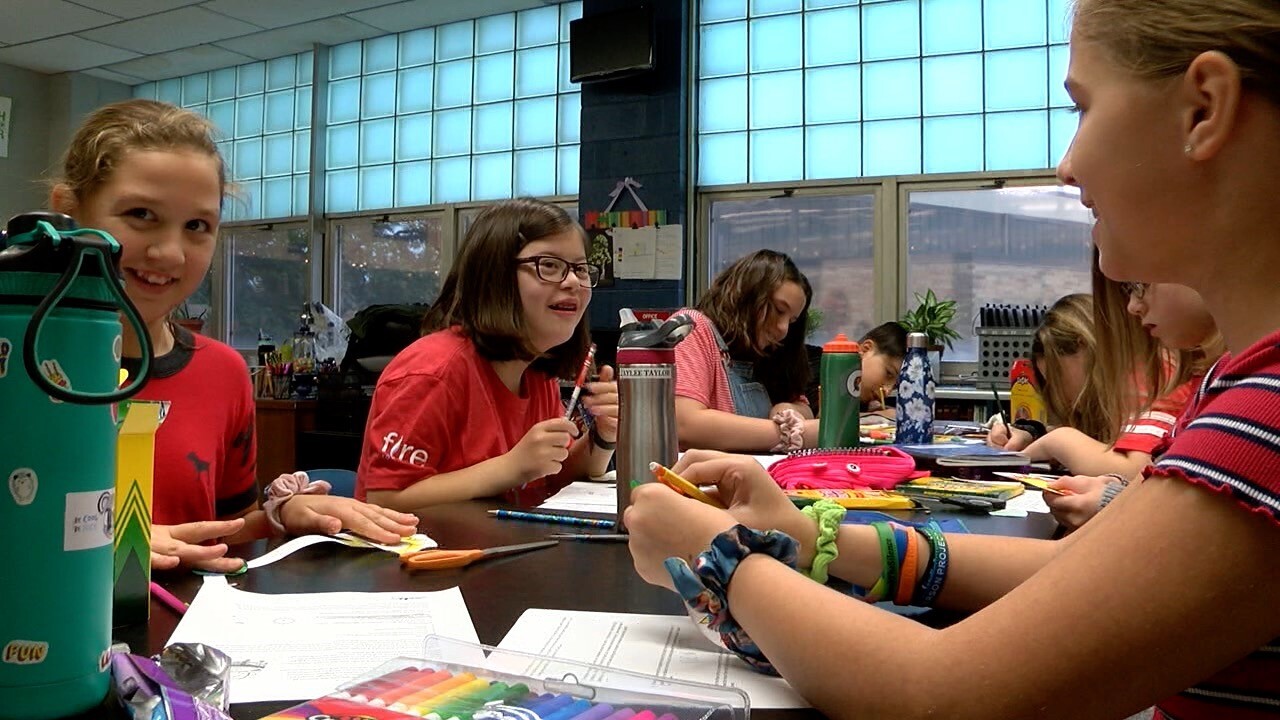 INDEPENDENCE, Mo. — When you meet 6th grader Jaylee Taylor, in an instant, a smile will spread across her face. You can't help but smile right along with her.

Kaylee's parents, Tony Taylor and Kim Taylor describe their daughter as a tenacious person who brings joy. Within minutes, you can see how accurately those words describe.

Jaylee, who has Down syndrome, is fairly new to her School, Nativity of Mary in Independence, Missouri. Her parents were looking for a change.

"I think we were very excited, but we were also nervous because there is some fear, or apprehension, I think as a parent in bringing your child who has special need and how he or she is going to be truly accepted," Kim Taylor said

Looking for more inclusion for their daughter, Jaylee's parent saw Nativity of Mary school partners with the FIRE Foundation.

The foundation works with 14 Catholic schools across the region to incorporate inclusion in the classroom, bringing students of all abilities together in the same learning environment.

"They're right in there with everyone else doing, you know, funny and fun things and learning and contributing to conversations, so it's a win win for everyone," Hire said.

"The key to inclusion is students have to be meaningfully participating in the day," Nativity of Mary Principal Mary Parrish said.

Parrish said through this partnership, they've been able to include more students of all abilities in the everyday curriculum to actively participate, learn and work together.

Jaylee's parents said they are seeing their daughter take school by storm.

"Jaylee from day one was included in all activities," Tony Taylor said. "And that even meant Girls on the Run, which was a great program occurred last fall and Jaylee not only participated but went all the way through a 5k."

Katie McGee, who is one of Jaylee's classmates, said through the foundation, she's been able to meet her best friend.

"She's my best friend," McGee said. "We don't think of her as different, we just include her in everything we do because she's just another person. We like to play with her and she's really sweet."

Not only are her parents seeing her excel in her social life, but academically too.

She's become an honor roll student, who doesn't walk away without a smile.

"It gives a feeling of joy to see that she's valued and accepted for who she is," Kim Taylor said.

The foundation currently partners with 14 Catholic schools across the region, working with more than 240 students with special needs this school year.