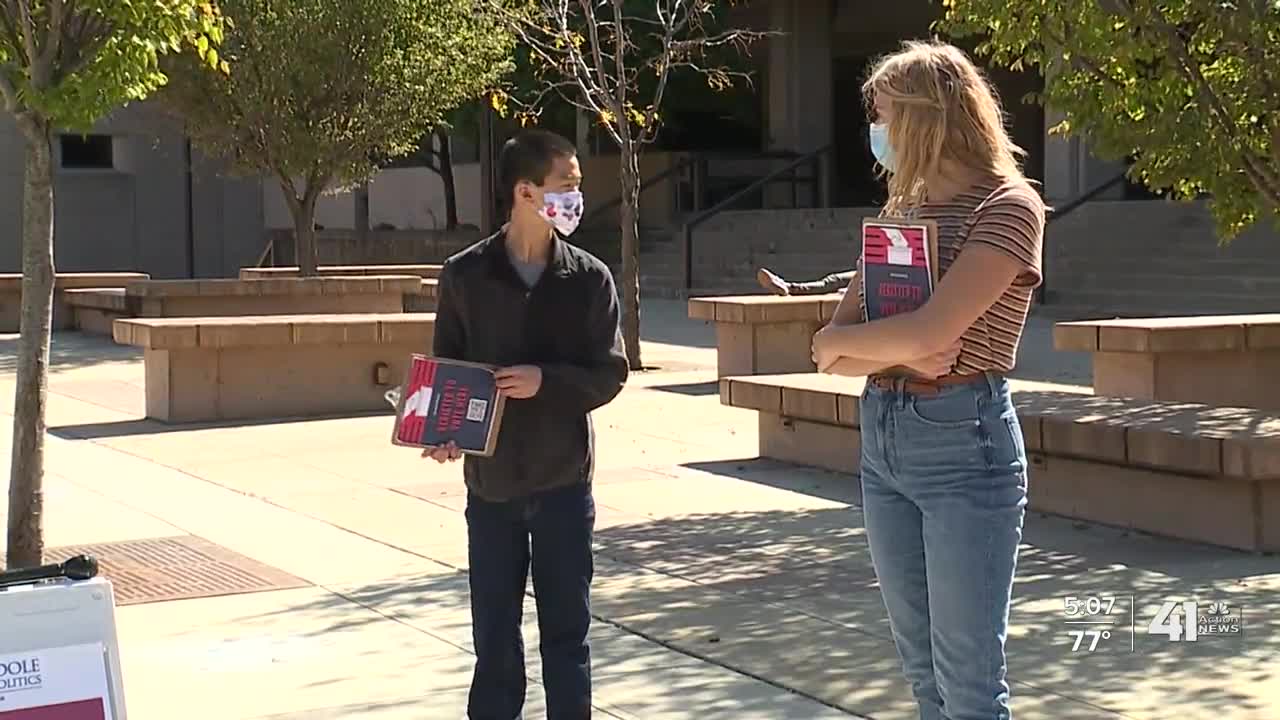 In the final hours before Kansas' voter registration deadline, some University of Kansas students spent Tuesday asking others if they were registered to vote or if they needed help doing so. 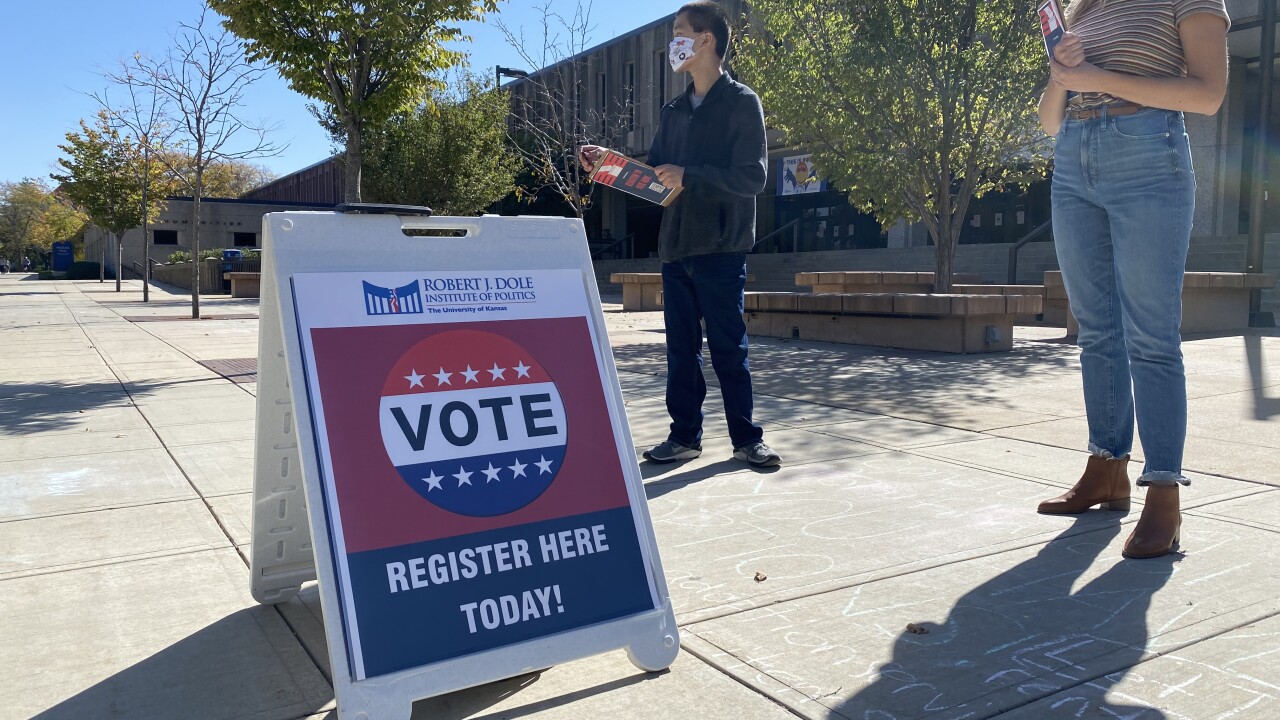 LAWRENCE, Kan. — In the final hours before Kansas' voter registration deadline, some University of Kansas students spent Tuesday asking others if they were registered to vote or if they needed help doing so.

"It's really critical for us to be aware that things right now matter, and they are going to impact us in the future," said Jessica Geiger, who was on campus wanting people to vote in the upcoming election.

In Kansas, Tuesday is the last day to register to vote or change information regarding voter registration.

And those who live in Douglas County are making sure they impact the election. The county has the highest percent of registered voters in the state at 36.6%, according to the Kansas Secretary of State's Office.

"It's fascinating when you look at the primary," said Jamie Shew, Douglas County clerk. "[In] the primary, we had the largest turnout we have ever had for a primary. Usually, a primary has very little participation of 17-24-year old. It's kind of the nature of how it works. 18-24-year old's actually beat the next high advance age."

KU students in that demographic want to show the nation that they want to be heard.

"We put our money where our mouth is, and I think that we want to be the change," said Jordan Collins, KU student.

"We have power to control who is in charge and if we don't take that responsibility, you never know who is going to end up there," Rath said.

Registered voters who 41 Action News spoke with on campus said they want change and that it's up to them to make that happen.

"The world is on fire right now," Collins said. "So, just candidates that are going to be transparent and really answer the questions and implement change."

Advance voting, which begins Wednesday in Douglas County, is offered at the following locations:

Voters can cast their advance ballots through Nov. 2.