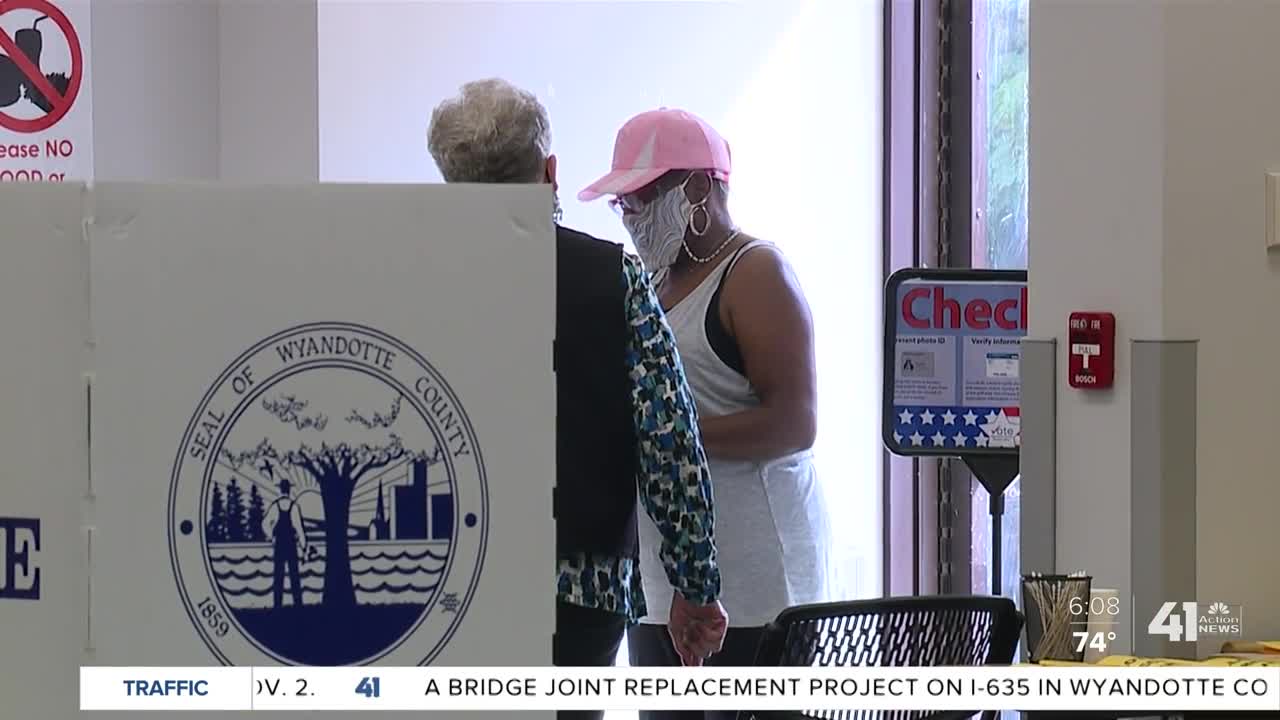 Wyandotte County election officials said the county is ready for the August primary. 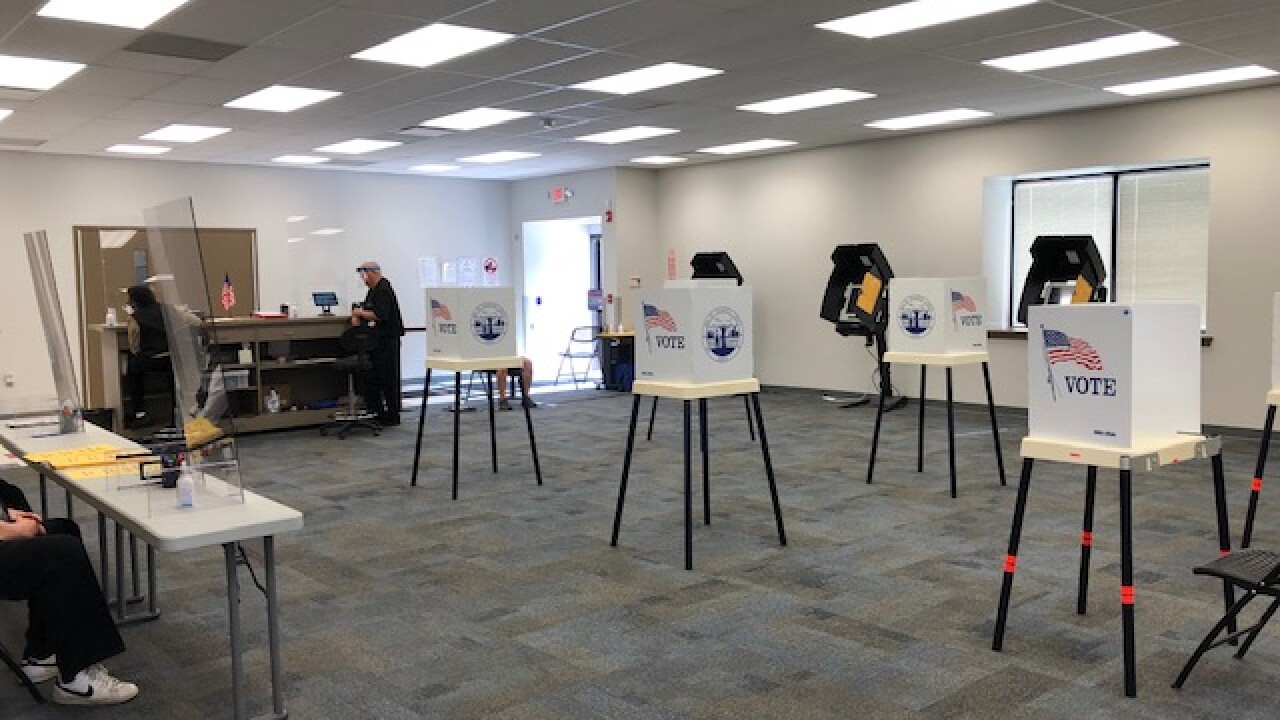 KANSAS CITY, Kan. — The primary election in Kansas is Aug. 4 and the head of Wyandotte County’s elections said they’re ready.

Because of the coronavirus pandemic, safety precautions such as clear counter barriers, temperature checks, hand sanitizer and workers wearing masks and gloves have been put in place.

In addition to wiping down surfaces, Wyandotte County election commissioner Bruce Newby said voters who choose to vote in person will notice other changes as well.

“We’ve got these voting booths at least six feet apart. And the same thing is true of the touch screens over on that wall where we’ve spaced them six feet apart. So again, it helps that voters maintain the social distance between them as they’re voting. And then voters come in over there, the exit is over here. So that way, we don’t have people crossing back over each other," he explained.

The pandemic created some difficulties for election officials with fewer poll workers available.

"We had about 50 dropouts and that hurt. We’ve been doing everything we can to try and fill those holes and right now I think we’re going to be ok for the primary election, but what really concerns me is having enough workers for the general election,” Newby said.

Newby said the average poll worker is 72 years old. According to the Centers for Disease Control and Prevention, people age 60 and older are considered high risk for COVID-19.

The election commissioner warned a worst-case scenario would be to close some polling locations if they can’t get enough poll workers for the November general election.

Newby said turnout is mixed depending on if people are voting in person or by mail.

Early voting is currently underway. According to Newby, the average request for mail-in ballots is around 5,000. The most recent numbers show requests have double to around 11,000.

In-person voting is a different story, according to Newby, who said turnout for early voting was disappointing.

With time left for voters to take advantage of early voting, he said the option is an advantage for voters.

“The nice thing about early voting is if people would think about it, they have 12 hours to vote on Election Day, sometimes that pretty cramp for people’s schedule. Because if early voting, were able to give an additional 172 hours to give the voters an opportunity to vote," Newby explained.

Information on where, when or how to vote as well becoming a poll worker can be found on Wyandotte County’s website.