Truth Be Told: What both sides have to say about Missouri Amendment 3 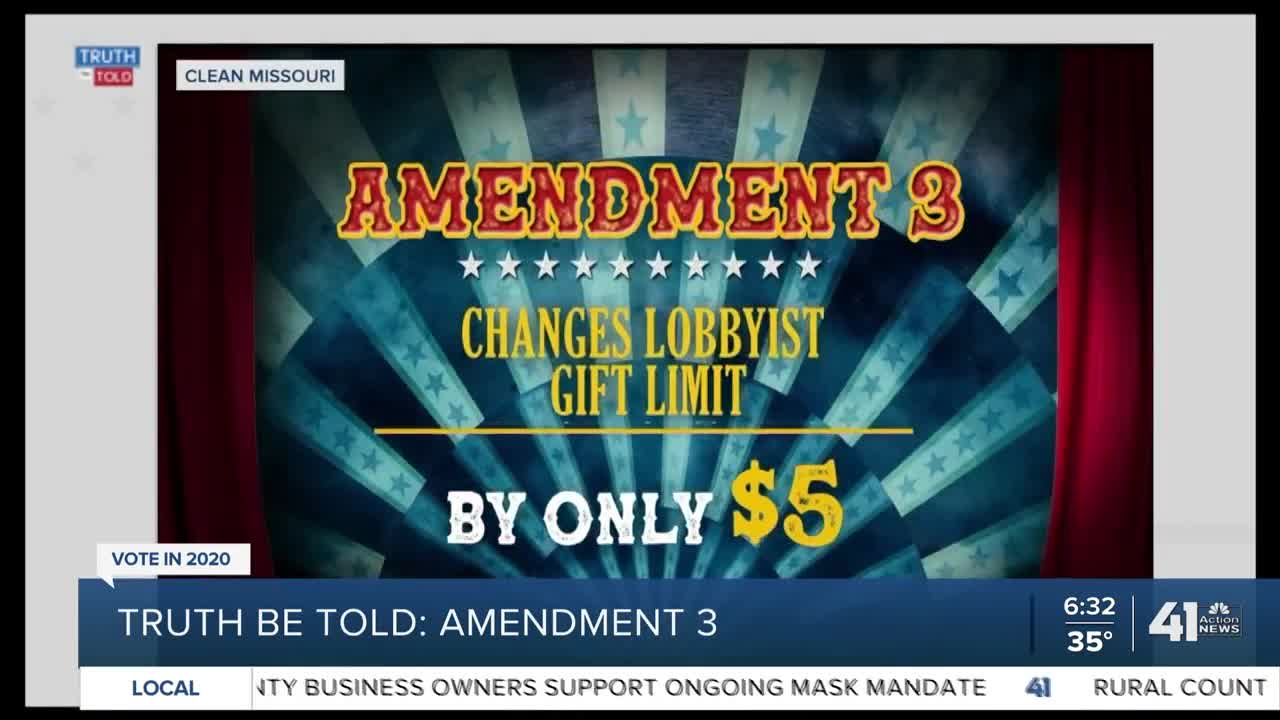 Amendment 3 is on the ballot in Missouri and drawing lots of attention from both sides of the issue.

KANSAS CITY, Mo. — In November, Missouri voters will be asked if they want to approve Amendment 3, and a television campaign ad is urging people to vote no.

In 2018, voters approved Missouri Amendment 1. The measure put in place a non-partisan demographer chosen by several candidates from the state auditor to draw the state’s districts.

In 2020, Amendment 3 is asking voters to change how the process is done once again.

Eric Bohl is with the Missouri Farm Bureau and said Amendment 3 keeps communities together and voters should choose yes.

"I don't think it's any more fair to have someone in the district that votes 98 percent democrat to get a 50 percent chance of getting someone who represents their views, then it is the other way around,” Bohl explained.

Sean Nicholson is leading the campaign to defeat Amendment 3 and said the ballot measure takes power away from voters.

“Voters should be picking who represents them in the House and the Senate. The whole goal of Amendment 3 is to create the safest district possible where voters don’t have a functional choice,” Nicholson explained.

Clean Missouri is behind the "No On 3" campaign and their biggest argument is focused on what they say is political insiders redrawing legislative maps.

On the Secretary of State’s website, it says the ballot will ask voters if they want to transfer "responsibility for drawing state legislative districts from the Nonpartisan State Demographer to Governor-appointed bipartisan commissions."

Bohl said the commissions are fair.

"They would be half from one party and half from the other party. There would not be a group of individuals that are in the majority shoving that through and forcing the minority to take that position. Both sides have to come to an agreement to get the map drawn," he said.

Nicholson argues what voters approved in 2018 is designed to be fair to both parties and includes multiple protections.

“The very first rule in what voters approved in 2018 says that you have to protect the voting power of communities of color. So that comes first. And then after that, there are with maps that are still compact contiguous. The overall outcome has to be fair," he said.

The complete amendment can be found online for voters to read through, as can the ballot language.