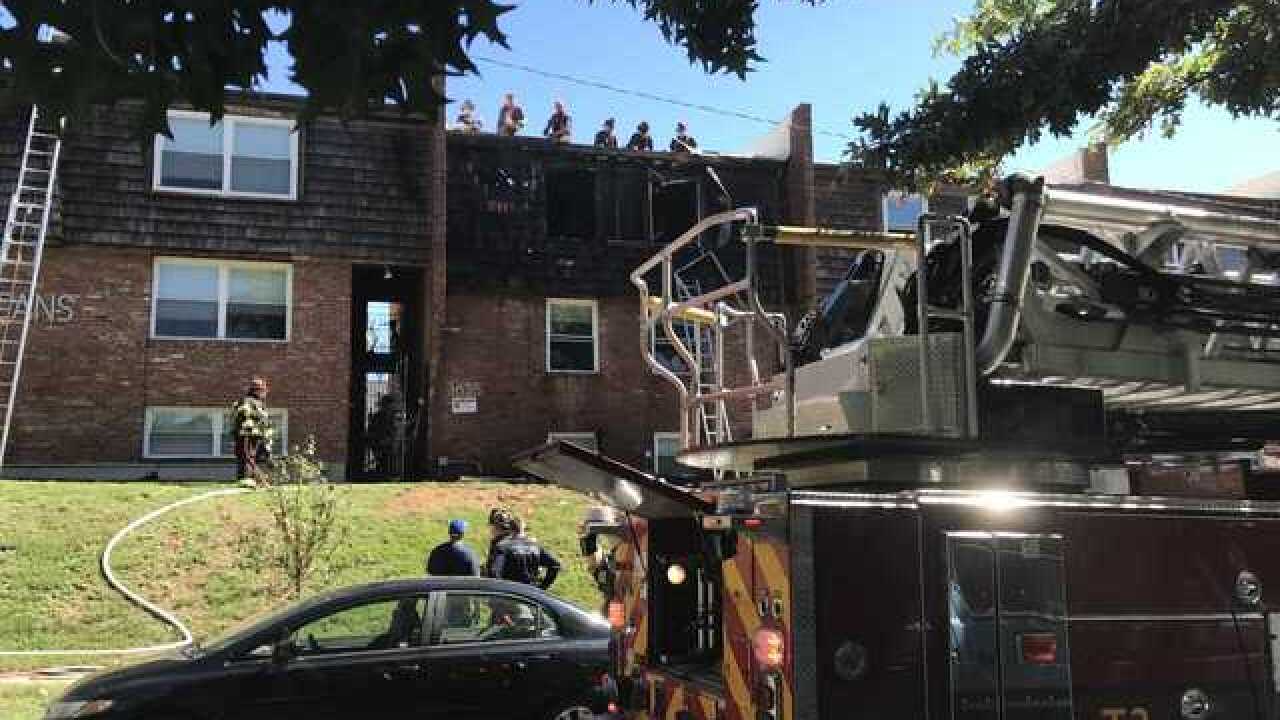 Copyright 2018 Scripps Media, Inc. All rights reserved. This material may not be published, broadcast, rewritten, or redistributed.
<p>ORLEANS APARTMENT FIRE</p>

KANSAS CITY, Mo. -- Four people are displaced after a fire ripped through one unit at The Orleans apartment complex near 36th and Walnut Avenue.

The fire happened at 12:30 p.m. on Saturday and fire damage affected one unit, water and smoke damage to two others.

Before the fire department arrived, it was the help from Good Samaritans to save a woman on the third floor where the fire started.

While White was delivering mail in the neighborhood when she jumped into action.

“Me and another gentleman started knocking on windows, we start trying to get into the gate, he was able to open it and it's a locked security gate,” said White.

That other man was James Siebert, who lives nearby.

“Inner God inside told me, human nature just told me to run in there and get her,” said Siebert.

He then scaled the balconies until he reached the third floor and went inside the unit.

“I grabbed a futon pillow that I saw there and I dropped real low to the ground put it over my head and I army crawled in there, it was really hot and smokey,” said Siebert.

That didn’t stop him as the smoke blinded his view, but he finally found the woman.

“Once I felt her hand, I was able to pull her towards me and throw her over my shoulder stay low to the ground,” said Siebert.

Once firefighters arrived, he handed off the woman.

“If it had been another couple of minutes, I don't think that would have been the case,” said White.

It’s not the day either of these Good Samaritans thought this Saturday would turn out, but glad they were able to help save a life.

“You got to jump into action, mail carrier or not, you see a situation and I think that most people would feel comfortable in doing what's right,” said White.

KCFD said nobody was transported to the hospital.

Fire investigators are still determining what caused the fire.