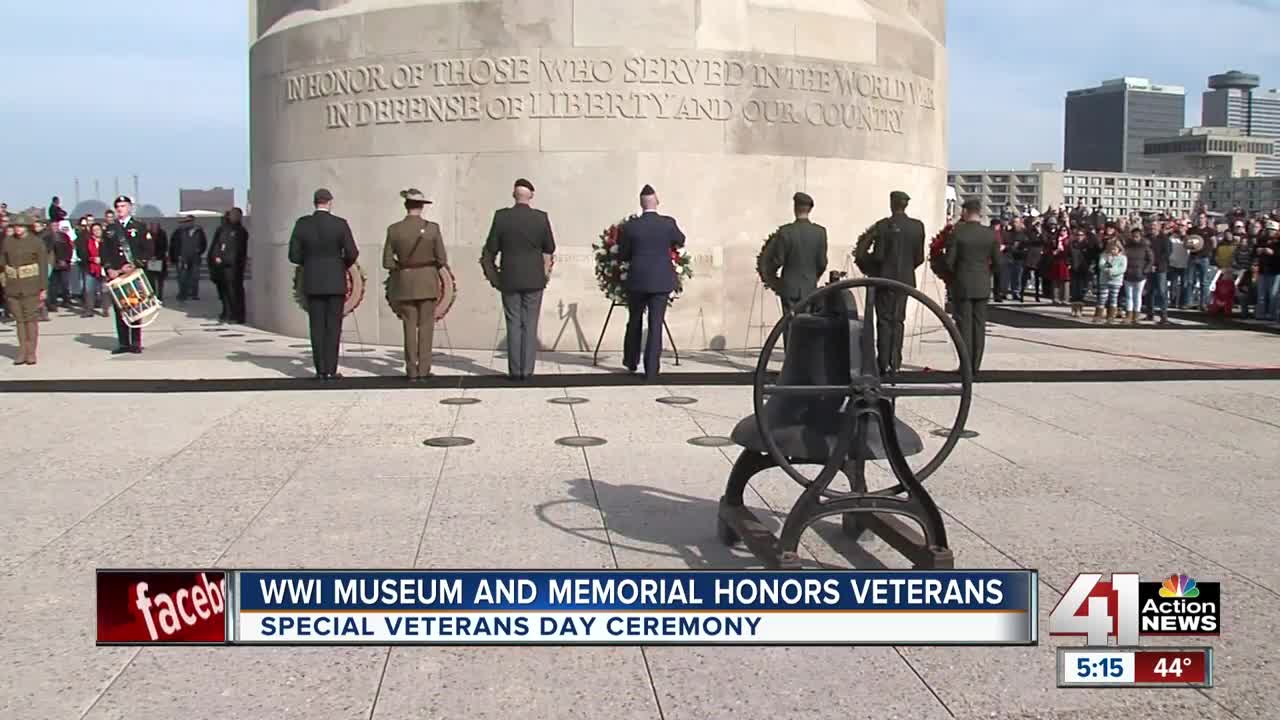 World War I ended 100 years ago on Nov. 11, 1918. Hundreds gathered Sunday at the National World War I Museum and Memorial in Kansas City, Missouri, to celebrate the centennial of the armistice that ended the conflict. 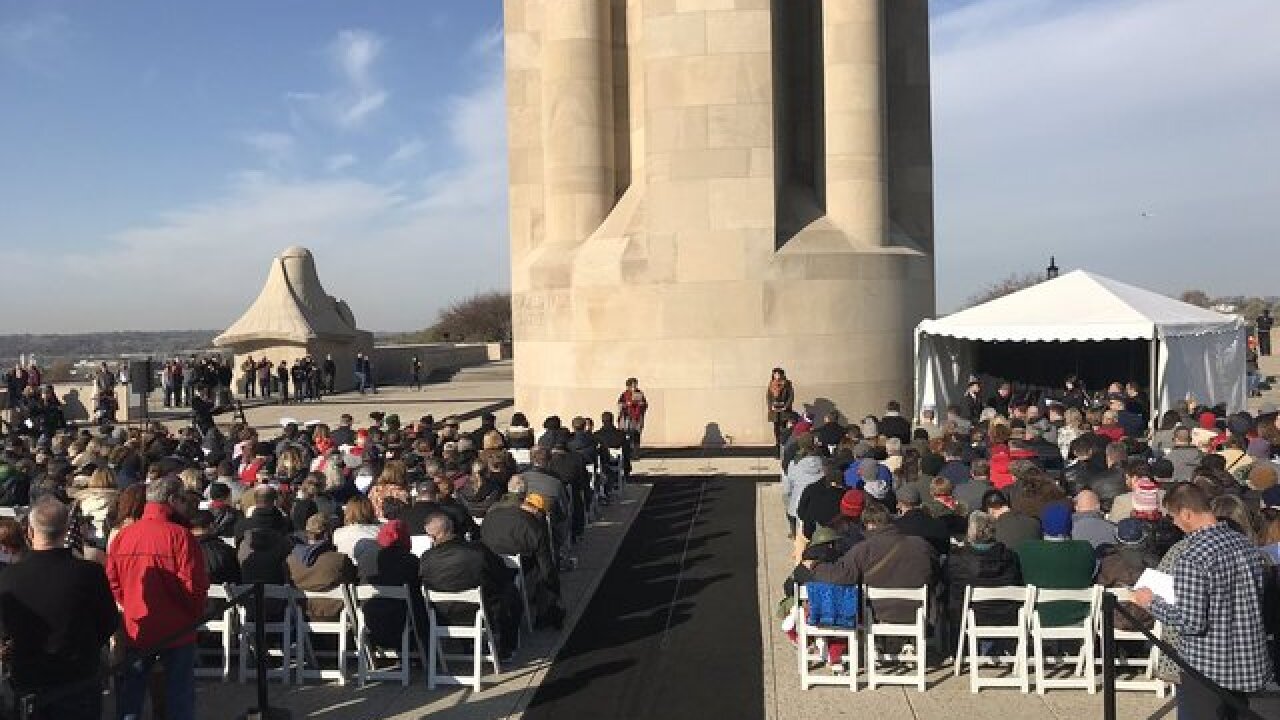 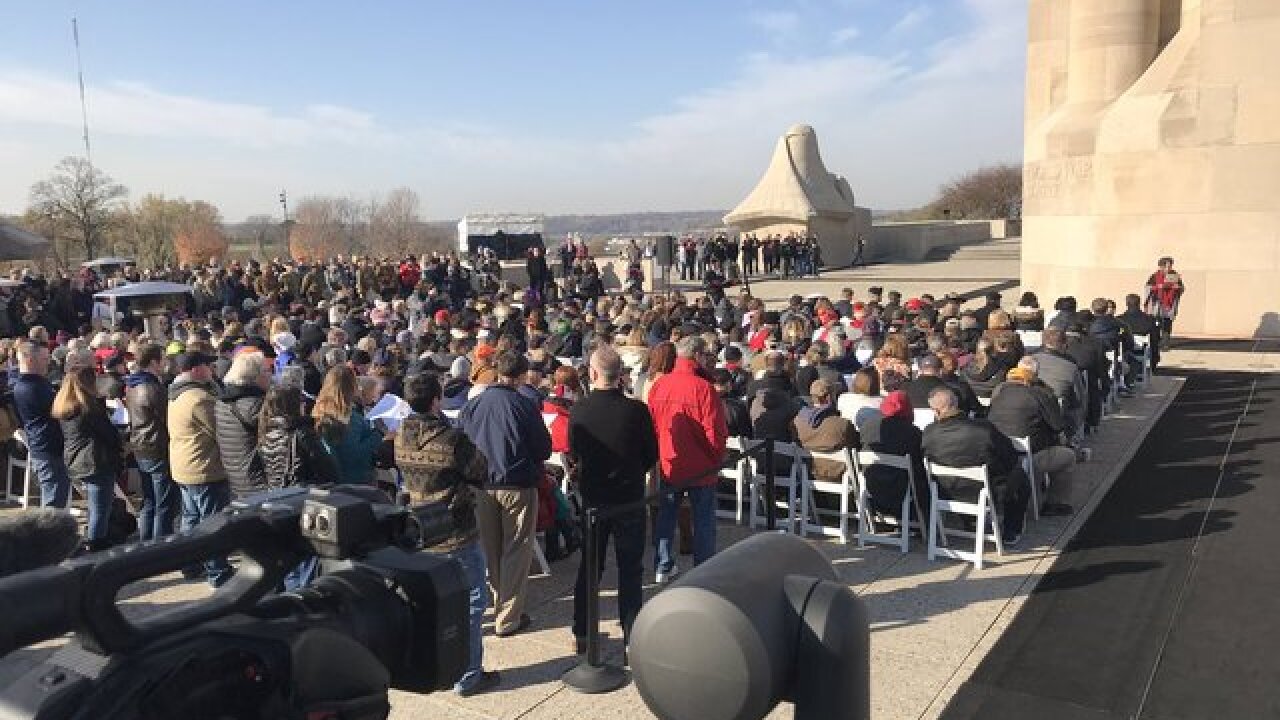 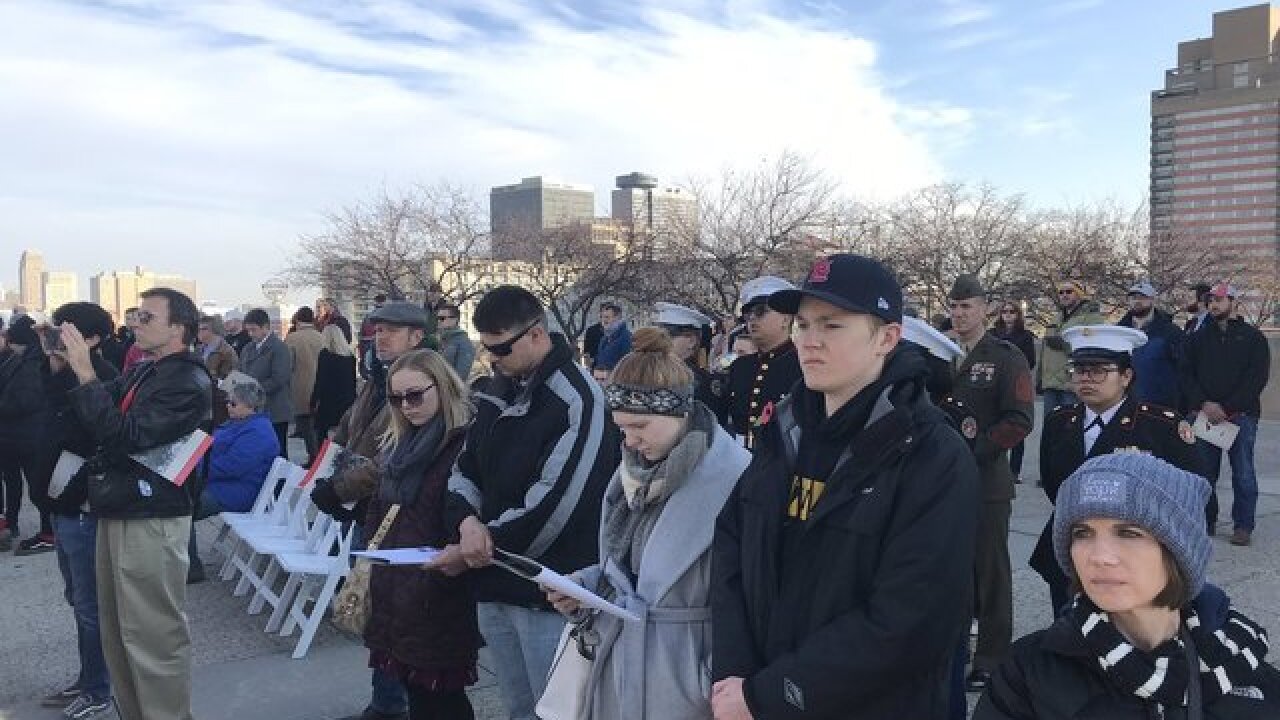 Hundreds gathered Sunday at the National World War I Museum and Memorial in Kansas City, Missouri, to celebrate the centennial of the armistice that ended the conflict on Veteran's Day.

"I think it was a beautiful ceremony," Bill White of Prairie Village, Kansas, said.

White's grandfather was among the 65 million people who served in the armed forces during World War I.

"I came because my grandfather was in the first world war," White said. "In the '50s, he would take my brother and I over here."

Diana Lambdin Meyer sat her grandfather's picture on the memorial as she reflected on his service.

"I have cried and cried and cried today and so much of these past four years just understanding more about what that war meant to the world we live in today and what this wonderful man I knew as grandpa did for his country and for the world," she said.

Dave Damico rang the Armistice Bell rang 21 times at 11 a.m. His great uncle, disabled veteran Joesph Damico, rang it 11 times when the memorial was built in 1926.

And honoring the sacrifice of all the others who served. World War I claimed nearly 35 million lives, and many who came to the ceremony hopes history never will repeat itself.

"I don't know that our world has learned enough lessons yet," Meyer said.

It's a scary thought for some with the most knowledge of World War I.

"The world is more like the world of 1913 than it's been in the past 105 years and that causes us to pause and to think about and insure that we don't sleepwalk into another catastrophe," President and CEO of the National World War I Museum and Memorial Matthew Naylor said.