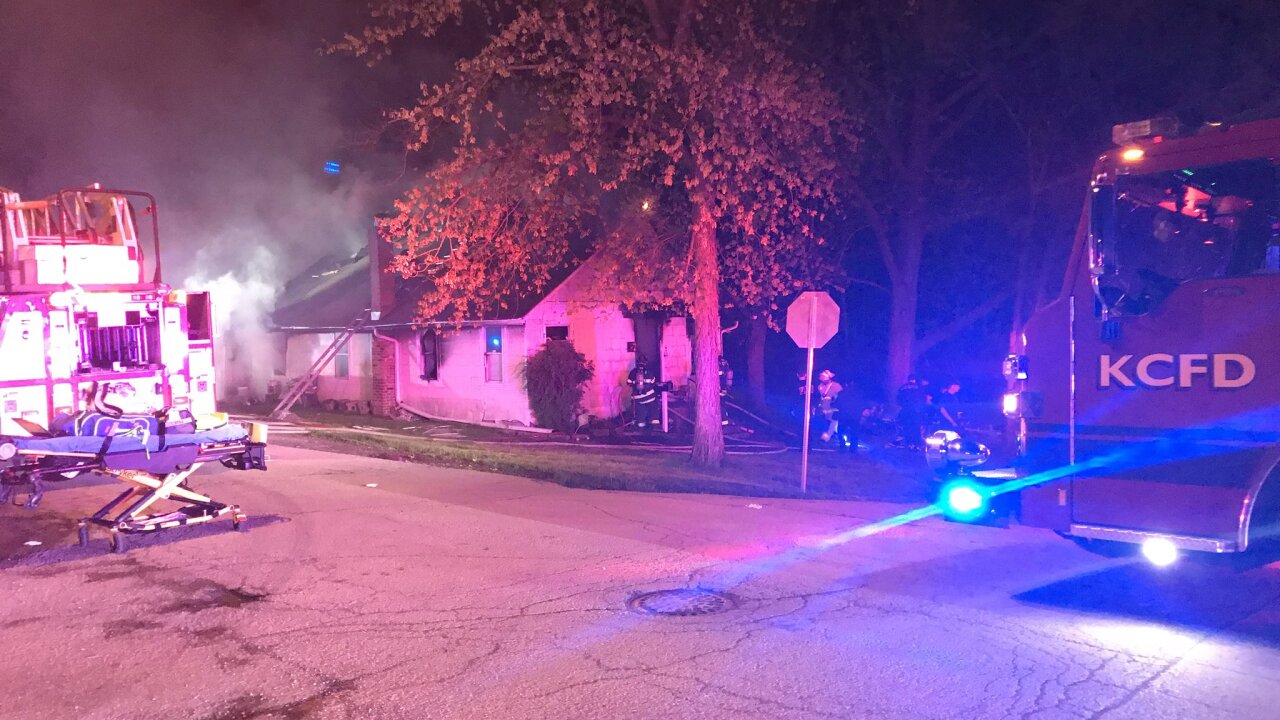 KANSAS CITY, Mo. — One person was killed and another seriously injured in a house fire in the 8000 block of South Benton Avenue early Tuesday morning.

Crews were called to the scene just after 4:10 a.m. and discovered flames and smoke coming from the house

Assistant Fire Chief Jimmy Walker later confirmed that a man had died in the fire and a woman was alive but in serious condition at the hospital.

Power lines were also reported down in the back of the house, creating another hazard for firefighters.

The fire caused extensive damage to the home and originated at the back of the house.