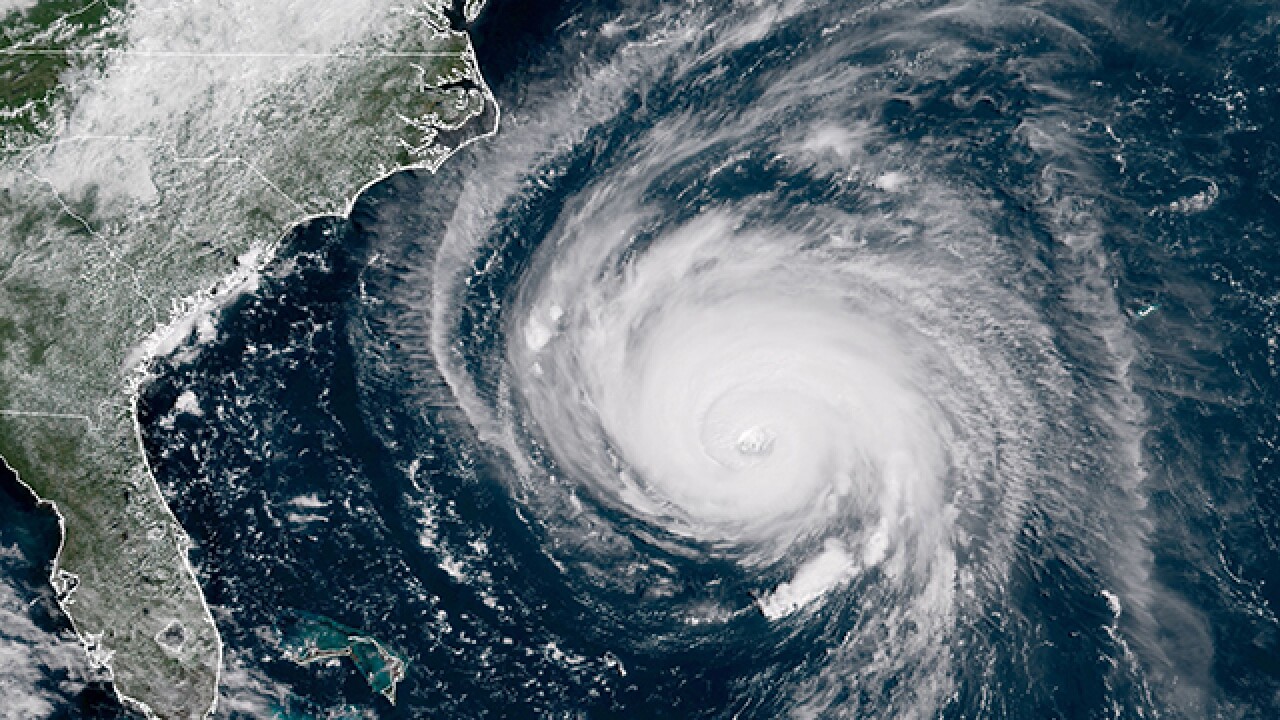 Copyright 2018 Scripps Media, Inc. All rights reserved. This material may not be published, broadcast, rewritten, or redistributed.
Handout
<p>IN SPACE - SEPTEMBER 12: In this satellite image provided by U.S. National Oceanic and Atmospheric Administration (NOAA), Hurricane Florence churns through the Atlantic Ocean toward the U.S. East Coast on September 12, 2018. Florence slowed its approach to the U.S. today and was forecast to turn south, stalling along the North Carolina and South Carolina coast and bringing with it torrential rain, high winds and a dangerous storm surge tomorrow through Saturday. (Photo by NOAA via Getty Images)</p>

KANSAS CITY, Mo. – Meteorologists along the southeast coast have been sounding the alarm bells for several days urging residents in the Carolinas to evacuate ahead of Hurricane Florence.

But it’s a difficult balance between getting people to evacuate and scaring them.

41 Action News meteorologist Gerard Jebaily is from South Carolina and joined this week’s 41 Files podcast from Little River, South Carolina, where he and his family are making storm preparations.

In the show, Gerard says it’s better to try to get people to evacuate, but for everyone else, it’s wise to let the meteorologists from reputable sources explain the storm and resist the temptation to turn into an amateur meteorologist.

Gerard says he’s planning to be in South Carolina as the storm approaches, but as of noon Wednesday, Sept. 12, hadn’t yet made the decision to stay or evacuate. Technology permitting, follow Gerard on Twitter and Facebook for his perspective on the storm.

As part of the segment, 41 Action News reporters Charlie Keegan and Steven Dial recalled their coverage of Hurricane Matthew in 2016.

In the second part of the podcast, the crew turns their focus to Kansas City’s scooter craze.

With Lime scooters joining Bird scooters in Kansas City, there’s never been more scooters on the streets – and sidewalks – of the city. But if you look at the map, the scooters aren’t everywhere.