'A boy is not a girl': Independence church sign upsets LGBTQ community 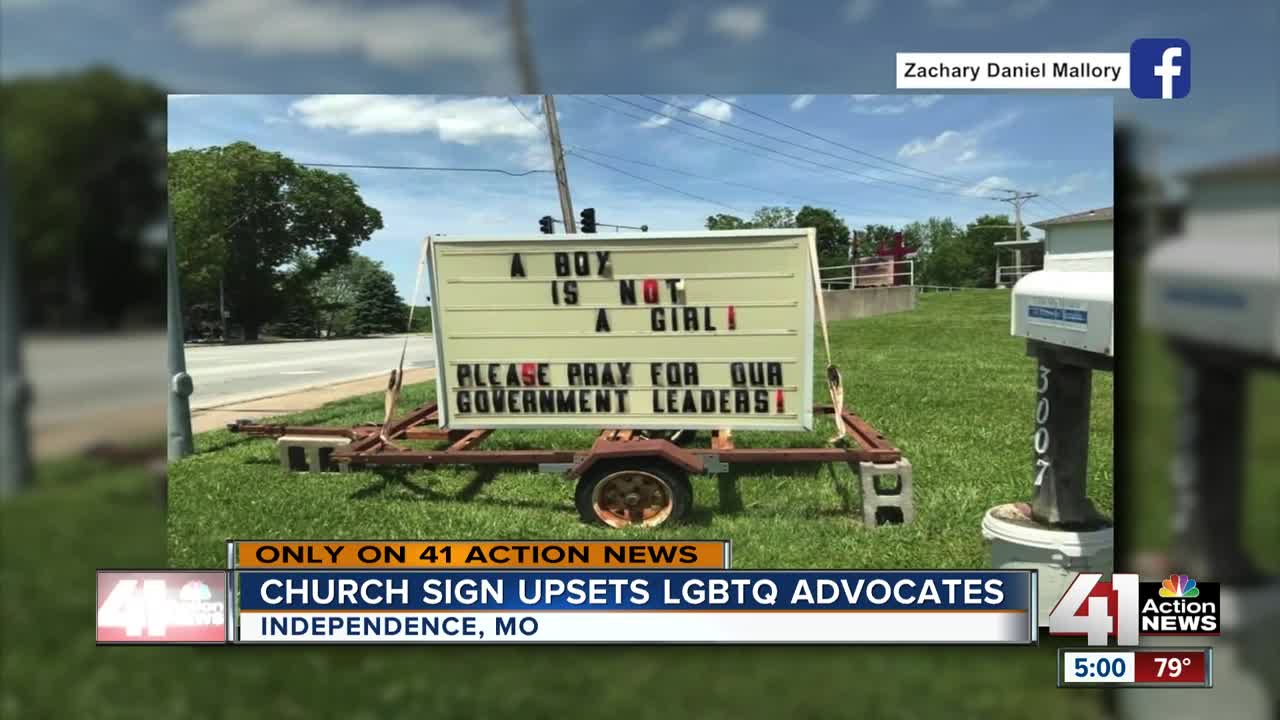 An Independence church put a controversial phrase on the sign outside of their building. 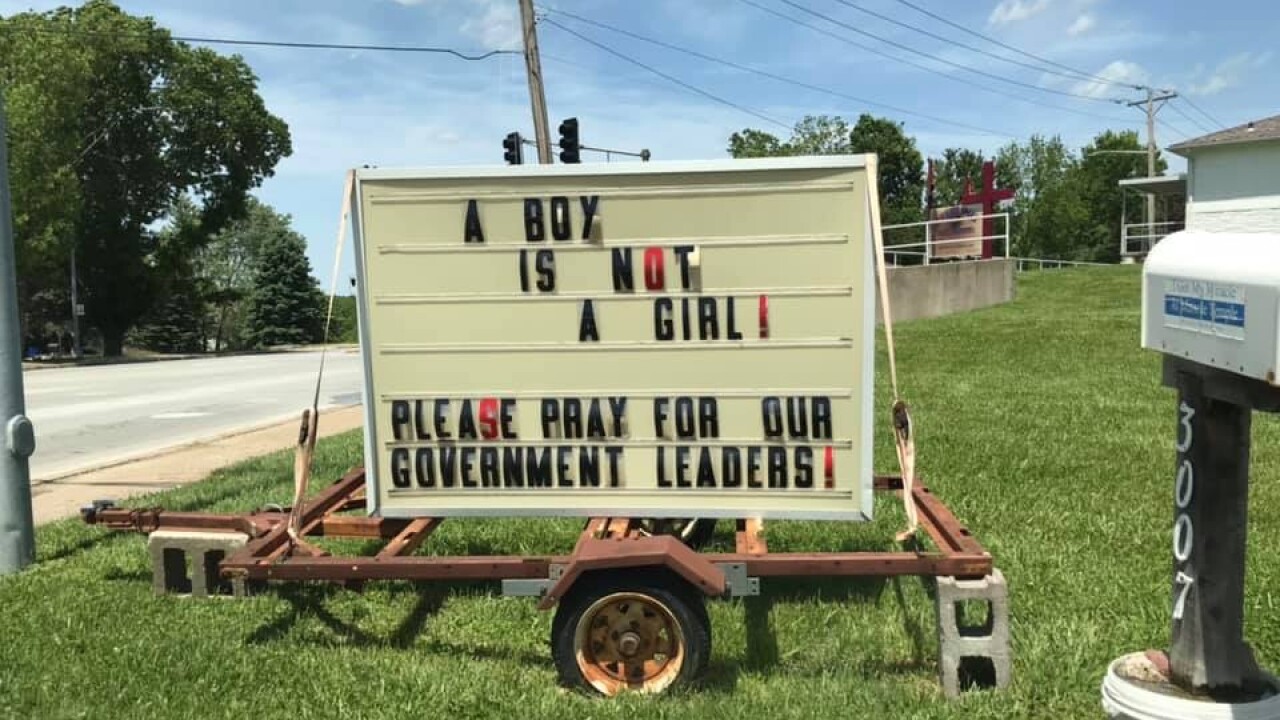 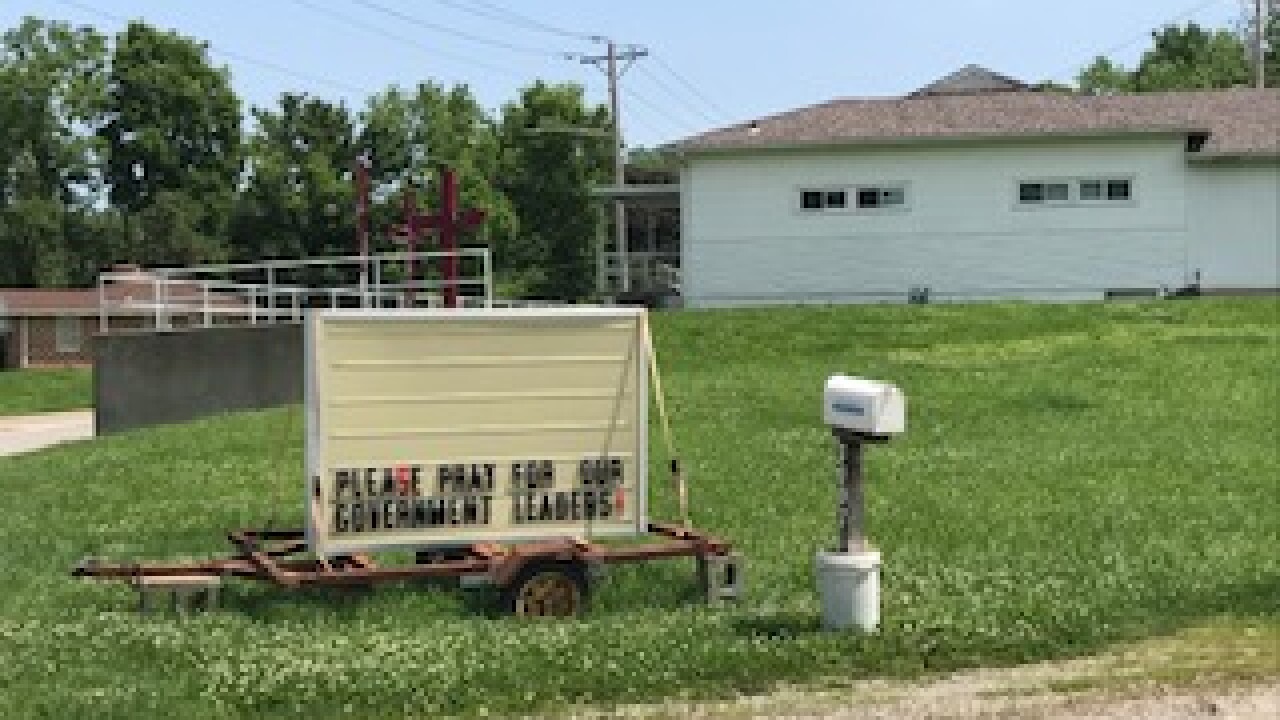 INDEPENDENCE, Mo. — A sign outside of the Sterling Full Gospel Church in Independence alarmed and upset some people in the community.

The sign read, which said "A boy is not a girl," has since been removed, but that didn't head off the outrage.

"I actually live right up the street from where the church is, so I drive by there literally every single day," Zachary Mallory said.

Mallory drove past the sign Monday, took a picture and posted it to Facebook. He said the next day that part of the sign with the hateful message was gone.

"I was like, 'That's very transphobic; that's very against LGBTQ community,' and I've never known that church to do something that derogatory, especially toward a certain community," Mallory said.

The church's pastor, Raymond Cox, said someone off the street took down that part of the sign and the church will have to get more letters.

Cox said it's about time people start standing up for the gospel, and that people who say they're a gender other than what they were assigned at birth were born into sin.

"We're going to voice our opinion and belief as anyone else," Cox said. "We continue to go by what God's word says. We're not going to compromise."

As a member of the LGBTQ community, Mallory said he felt invalidated and unseen by the church's exclusionary message.

The church's motto is "the whole word for the whole family."

"You're not really promoting that message if you're going to exclude a certain demographic," Mallory said.

Samantha Ruggles, executive director of Kansas City Center for Inclusion, said the sign is ill-timed and ill-worded considering that that June is LGBTQ Pride Month.

She said there is a direct correlation between people who are marginalized and discriminated against and self-harm.

"Not only does it make the individual feel less than human, (other people feel] like that gives them the right to bully, to marginalize other individuals," Ruggles said.

She said teens from the Independence area recently attended the Center for Inclusion's teen prom and they are always welcome at the Center.