A continued nuisance: Illegal dumping remains a problem in some neighborhoods 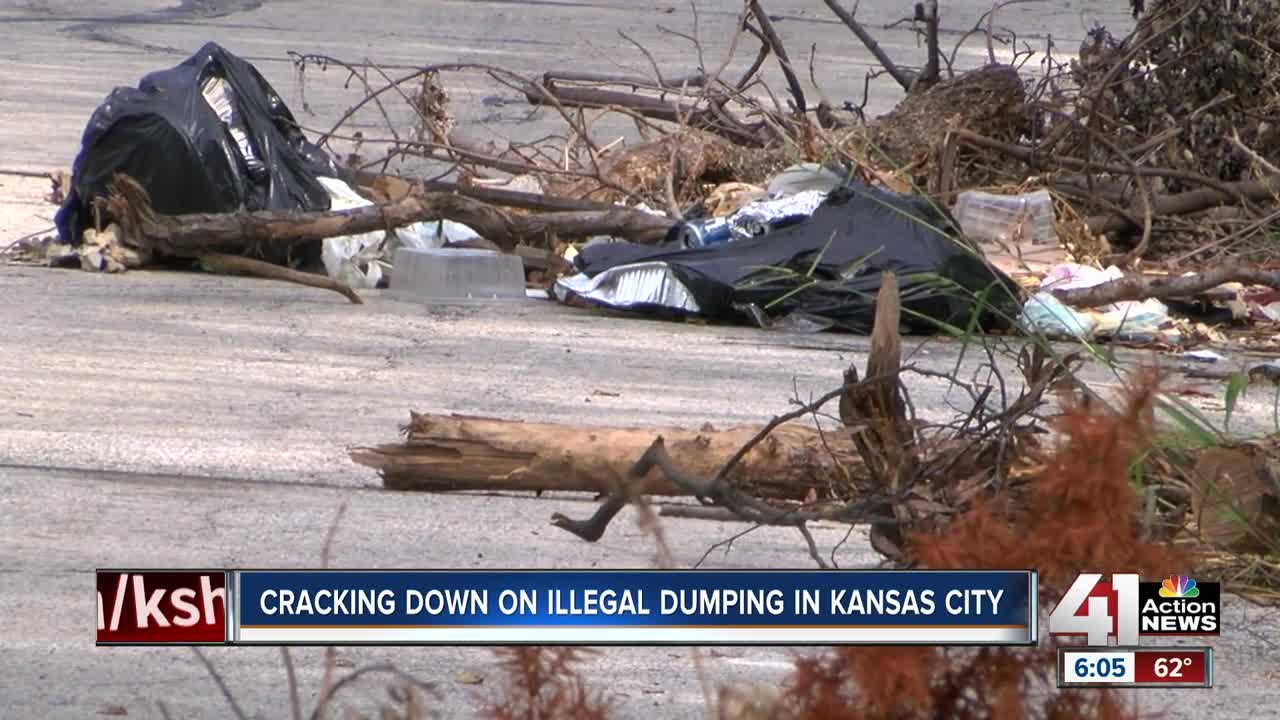 There are 17 known dumping sites in Kansas City. Hidden cameras stationed there try to spot illegal dumpers. The city also partners with Kansas City, Missouri, police to look at the department's cameras across the city to see if they can identify the license plates. 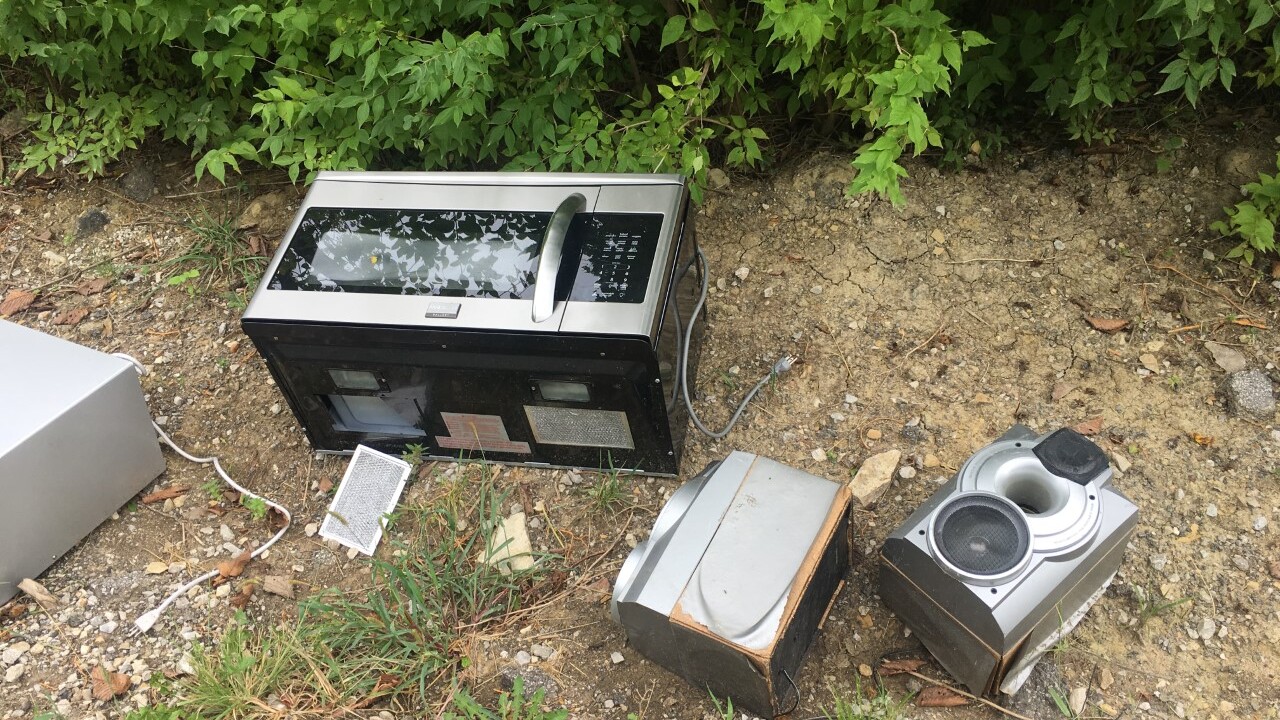 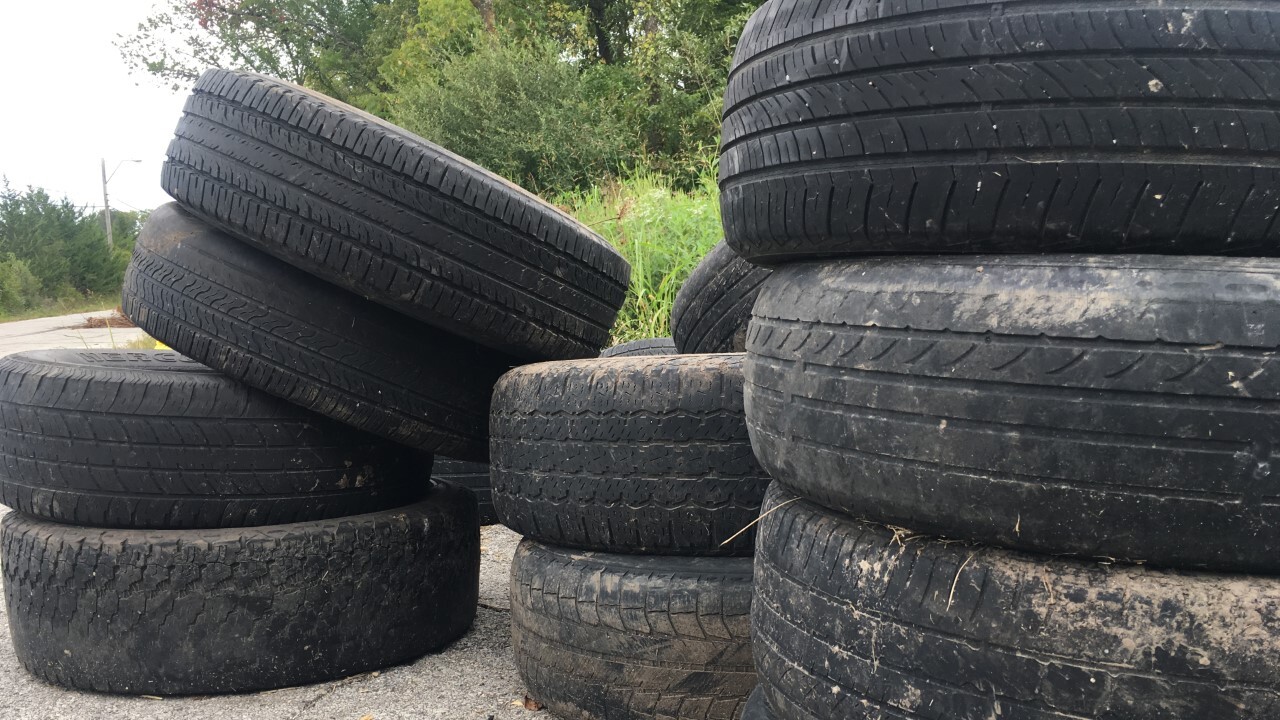 KANSAS CITY, Mo. — Earlier this week, the city cleaned up nearly 2,100 tires, which weighted more than 500 pounds, in just one spot in Kansas City.

All of that cleanup work costs taxpayers. To clean up those tires, for example, it cost $3,700.

The city also partners with Kansas City, Missouri, police to look at the department's cameras across the city to see if they can identify the license plates.

"We don't want to be seen as the trashy city. We don't want to be the gross city," Ashurst said. "People live in these neighborhoods, and they shouldn't have to live in somebody else's garbage because they don't make a lot of money."

Joshua Day, who lives near one of the popular dumping sites, said it's been a constant problem in the area since he was a kid, but it doesn't represent the neighborhood.

"It looks trashy and it's honestly a pretty nice neighborhood," Day said. "Like pretty secluded for the area we're in, and a there's not a whole lot of houses crammed together, but that stretch is definitely ruins it."

Ashurst said through the cameras, media coverage and the 816-513-DUMP hotline, he has seen progress.

"We used to have a number of dump sites that would get dumped on four or five times a week. And over the last couple of years, they get dumped on maybe two or three times a month," Ashurst said. "It's coming a long way in some areas and it remains the same in some locations."

Illegal dumpers who get caught be ordered to pay a $1,000 fine.

If you see someone who is illegally dumping, you're encouraged to get a picture of the license plate and call 816-513-DUMP. You can remain anonymous.