'A Passion for Purpose:' A review of outgoing Mayor Sly James' new book 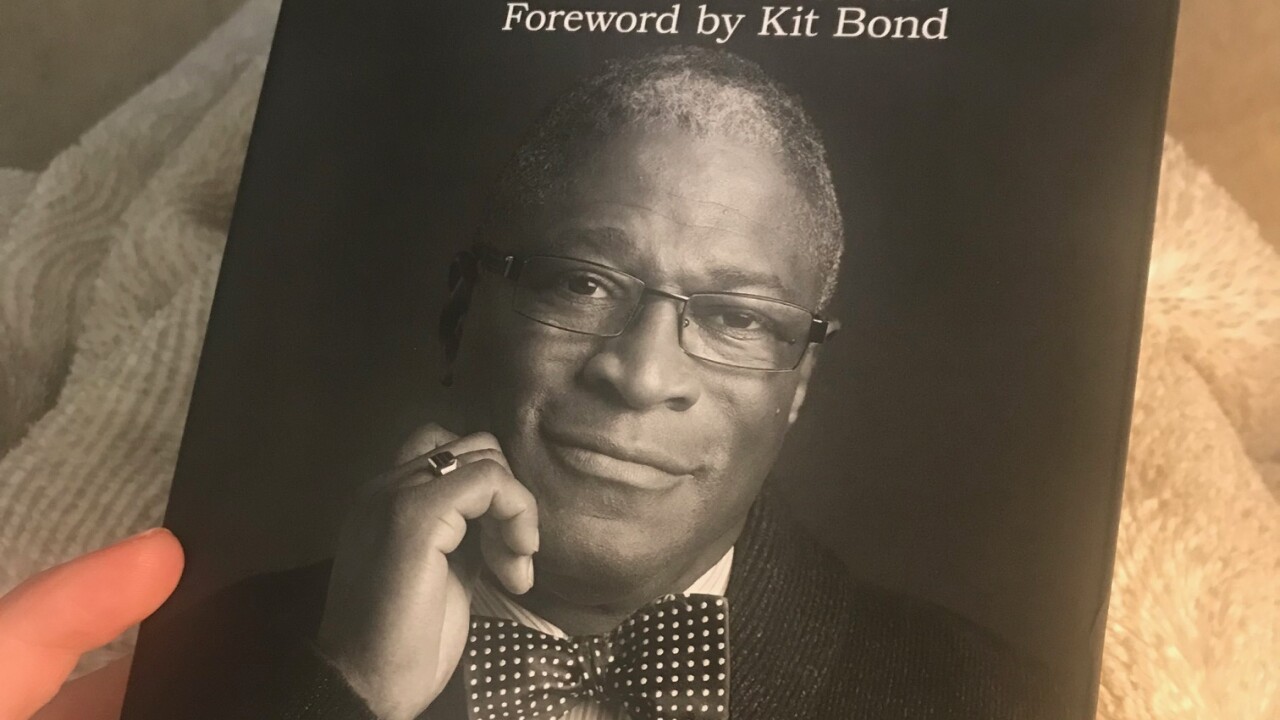 KANSAS CITY, Mo. — This book is written in first person from the perspective of Sly James, the outgoing mayor of Kansas City, Missouri.

It’s an easy read. It skips between personal life and professional life, chapter by chapter.

The book begins with the reader whisked back to James’ childhood, and the day when, as a teen boy, he chose his independence over family. He walked out of his home and never went back. Perhaps surprising to some, James supported himself from that moment forward. Even going to the bank and withdrawing much of his savings to pay the rest of his high school tuition at Bishop Hogan High School, the private Catholic school his parents had worked hard to afford. James was the only black male student at that school.

The second chapter jumps into James’ beliefs about local government being best. An excerpt from this chapter explains part of his thought process:

People see me not just at speeches and events, but also at restaurants, in the supermarket, at the movie theater. Mayors are accessible in a way unthinkable to governors and our elected officials in Washington. And this accessibility flows directly into accountability. If people have a problem they’ll tell me to my face. Usually in a polite and respectful way, but not always.

I found the chapters about KCI, term limits, guns and the streetcar very interesting. I had covered almost everything he talked about, so it was interesting to read his perspective on these large issues for our city. It was the personal chapters I found myself looking forward to most.

The mayor was in the Marines. But to find out he enlisted to avoid being drafted is, well, honest.

To hear his firsthand account of his dad having to use “The Negro Motorist Green Book” to know where it was safe to stop for food, gas, or overnight stays.

There are a few parts in the book where I imagine others reading it won’t be pleased. At one point, the mayor explains a controversial discussion about the airport. It was as the Burns & McDonnell plan was being discussed and he brought it to the city council.

All that was left was to discuss this with the City Council to see if they liked the idea, and then if so, it seemed as though everything could move forward. Nothing of course is this simple in politics. Upon being informed of the Burns & McDonnell plan, one of the City Council members called our local daily newspaper, the Kansas City Star, and told them that we had engaged in a “backroom deal” to build the new airport. My first thought was, Bullshit! If this is a backroom deal, then why did we tell the City Council?

Throughout much of Mayor James' descriptions of city government happenings, he makes a point not to name individuals. He says the names were originally all in the text, but before going to print he decided he wanted names involved in contentious exchanges scrubbed. The last name of one individual did accidentally make it through the edits. Mayor-Elect Quinton Lucas is mentioned once by last name when discussing how he convinced enough of his colleagues to hire outside law firms in what the mayor believed was a waste of money and local resources. The mayor tells me Lucas’ name was supposed to be removed, and that no one reading should assume he’s talking about Lucas in other exchanges where a name is purposefully missing.

There is one name it’s clear the mayor wanted left in. It’s the name of a longtime newspaper reporter he butted heads with, and still butts heads with regularly. The mayor describes a point where that reporter challenged him and reportedly called him an "asshole." There aren’t many people Mayor James admits to disliking. This person is on the short list.

If it wasn’t clear before this book, it’s clear now. The mayor loves acronyms. He’s got an acronym for just about everything. C.A.V.E. people is one I found most entertaining. That’s what he calls Citizens Against Virtually Everything, or the people who, no matter what you propose, they are against it. T.N.T. is Teens in Transition, I.P.P. is Innovation Partnership Program, KC N.O.V.A for No Violence Alliance, and T.D.D for Transportation Development District. And if it’s not acronyms it’s just letters. The 4-E Agenda was and is his focus on Education, Employment, Efficiency, and Enforcement.

A few of the highlights in the book are:

This is just a sampling of what you’ll find in the book.

The book’s publication debut is scheduled for the Kansas City Public Library’s Plaza Branch on Thursday, July 25. The public reception will start at 6 p.m. and the program will follow in the main auditorium.