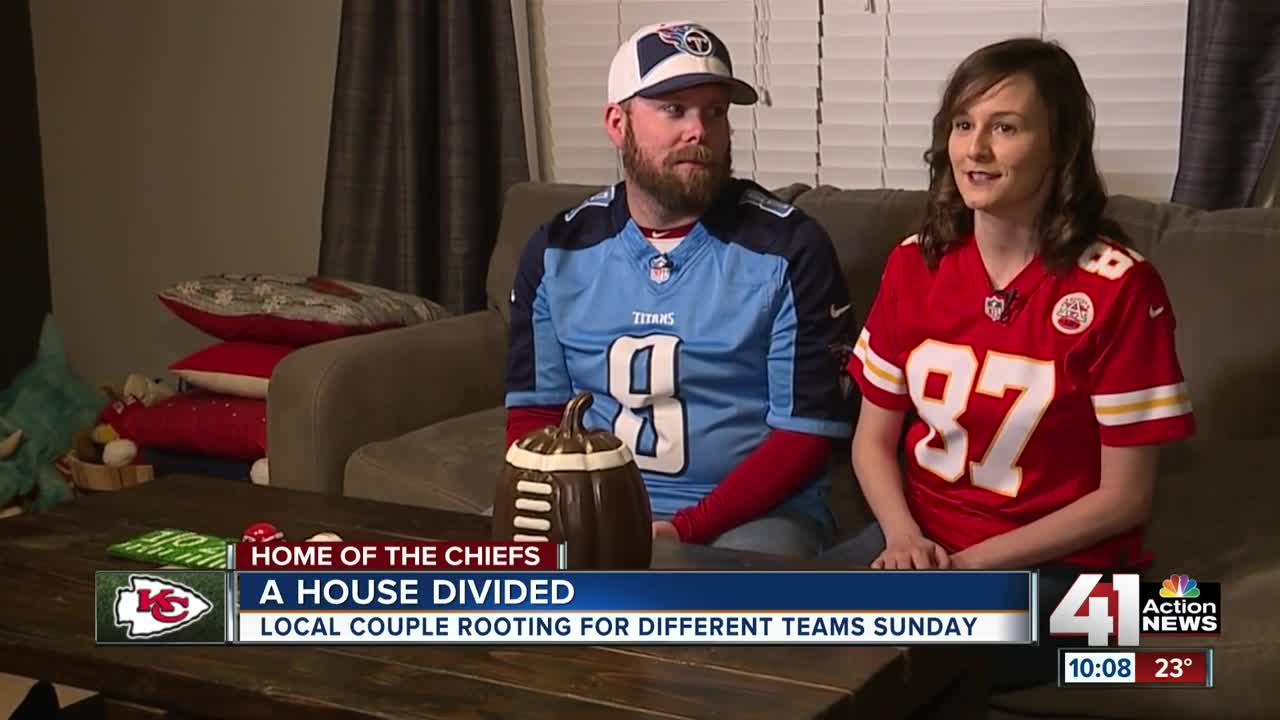 Karrol Tait and Corey Skaggs have been a couple for seven years and now engaged. They have a lot in common, but will have split loyalties Sunday when the Kansas City Chiefs, Tait's favorite team, battle the Tennessee Titans, Skaggs' favorite team, in the AFC Championship Game. 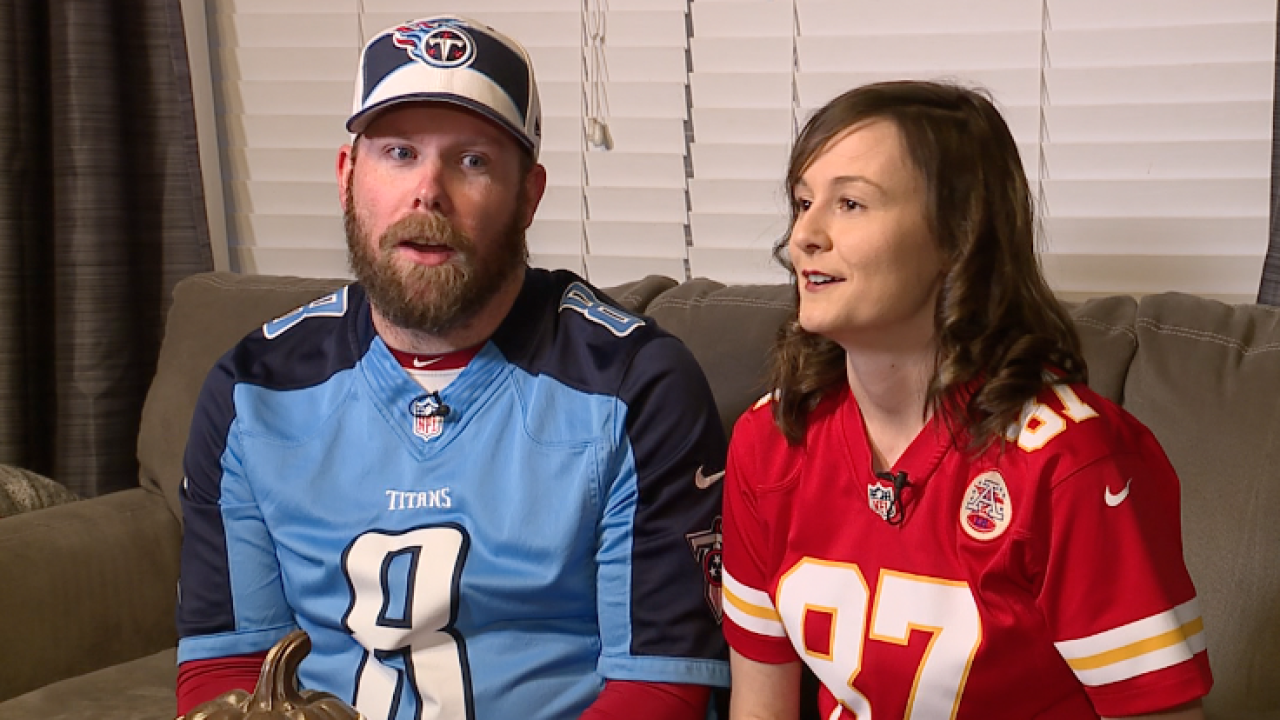 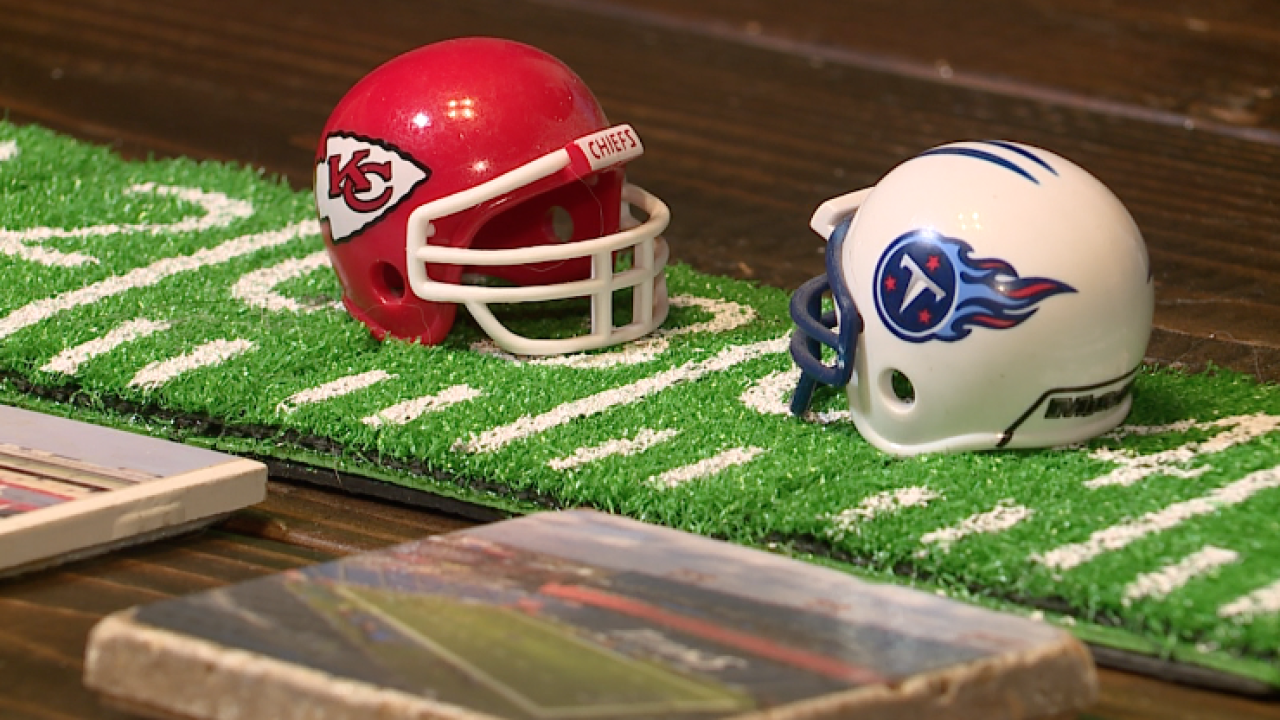 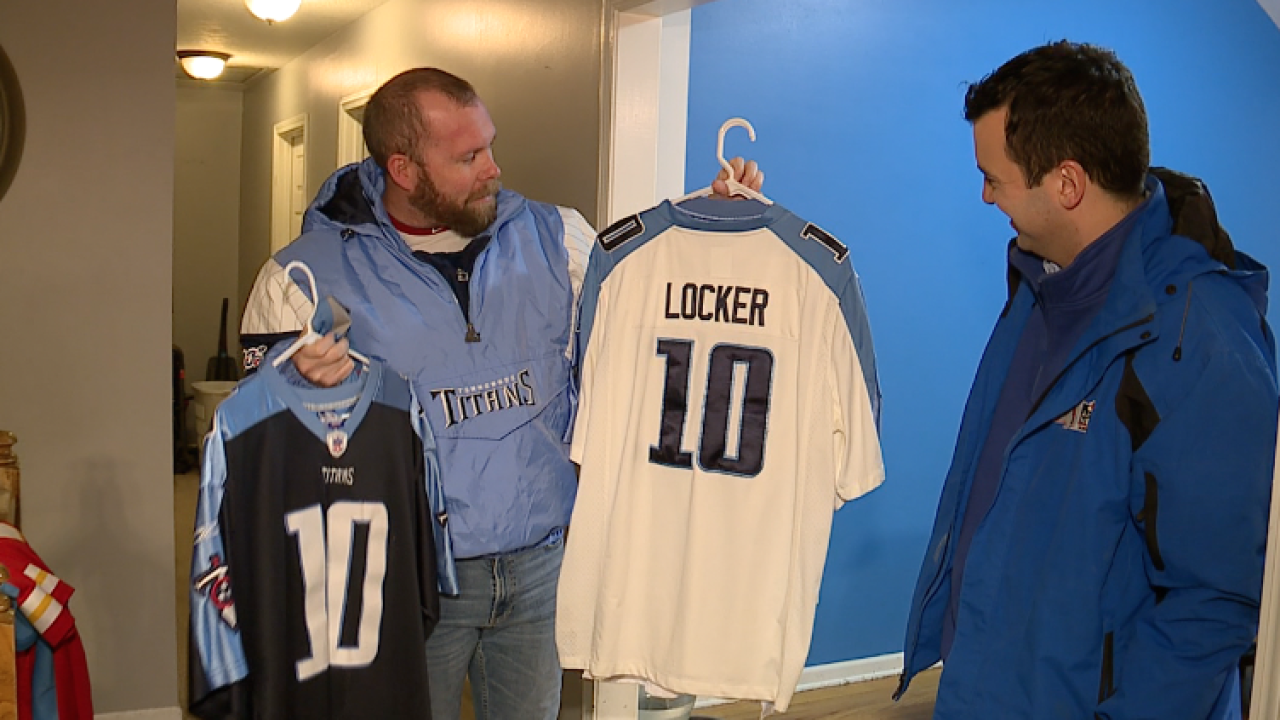 GRAIN VALLEY, Mo. — Karrol Tait and Corey Skaggs have been a couple for seven years and now engaged.

They share a love for watching sports and Disney movies, but the NFL can be something of a touchy subject.

Corey, a California native, adopted the Tennessee Titans as his favorite team about 20 years ago.

“As an impressionable 13-year-old boy, I was like, ‘I like their colors,’” Skaggs, who showed off the array of Titans jerseys hanging in his closet, said. “I’ve seen them at four other stadiums plus Nashville and I’ve seen them here a couple times.”

For Tait, her allegiance runs in the family after growing up in Missouri.

“Ever since I was little, my dad is the biggest Chiefs fans I know, so it was just a family thing,” she said, wearing a red No. 87 Travis Kelce jersey. “I was born this way.”

The couple’s favorite teams will go head-to-head Sunday in the AFC Championship Game, which kicks off at 2:05 p.m. at Arrowhead Stadium.

The division around their home and signs of the impending clash aren't hard to spot.

Flags for both teams wave on the front porch. In the kitchen, the team names are both written on a blackboard.

After the Titans and Chiefs won last weekend to set up to conference title showdown, both quickly realized the game would be personal.

“At the beginning of the season, there’s no way we would’ve predicted this,” Tait said.

With the AFC Championship Game bringing extra excitement and nerves, the two plan to watch the game on Sunday together at their home.

Skaggs told 41 Action News that, based on his history at Arrowhead Stadium, his fiancée is requiring them to stay away from Arrowhead.

“I went to the Titans game three years ago and went to the AFC Championship game last year," he said. "The Chiefs lost both times. I’ve been banned from going to to Arrowhead. She said she will buy a radiator and handcuff me to it so I cannot go.”

The couple has not set any stakes for the game, but both also have agreed to support whichever teams wins and moves on to the Super Bowl.

“Someone will come out this weekend very happy,” Tait said.

“So, it’s a win-win and a lose-lose," Skaggs interjected.

"But he makes a better Chiefs fan than I do a Titans fan," Tait said.