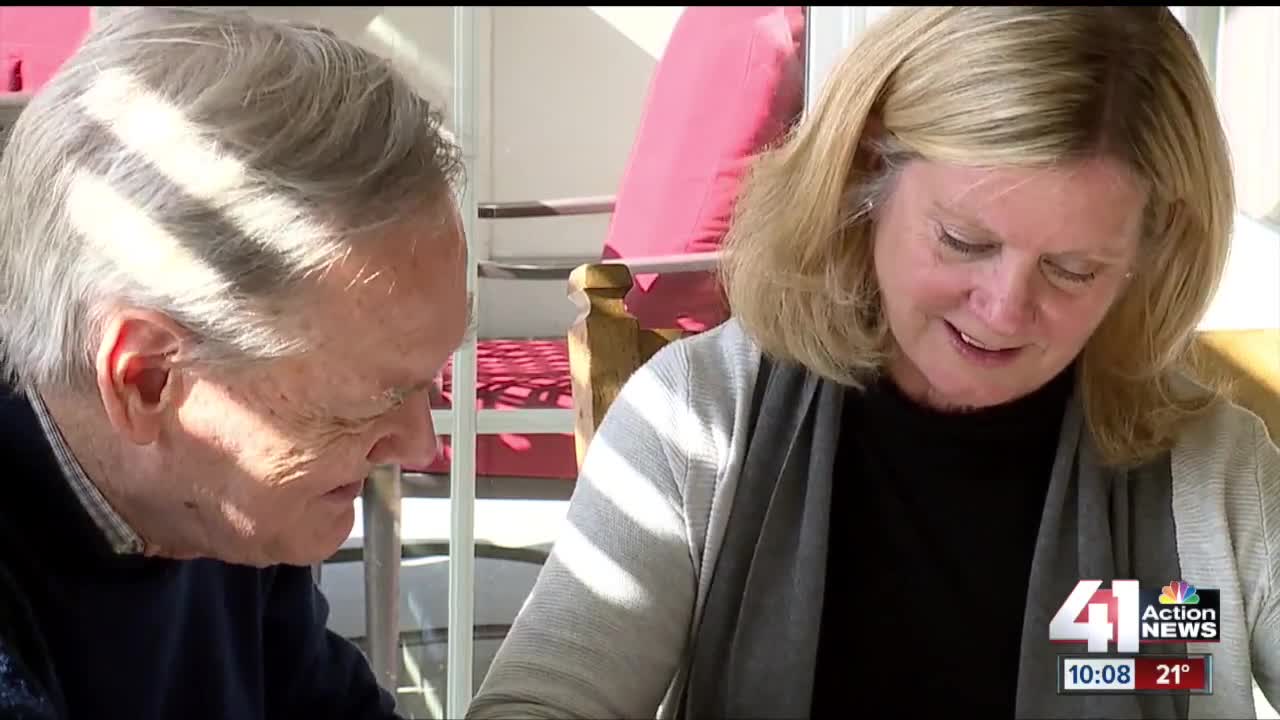 Exchange a brief hello with Dennis Moore and you may not notice anything unusual. The former U.S. congressman, who represented Kansas' 3rd district from 1999-2011, smiles and shakes hands with everyone he meets. 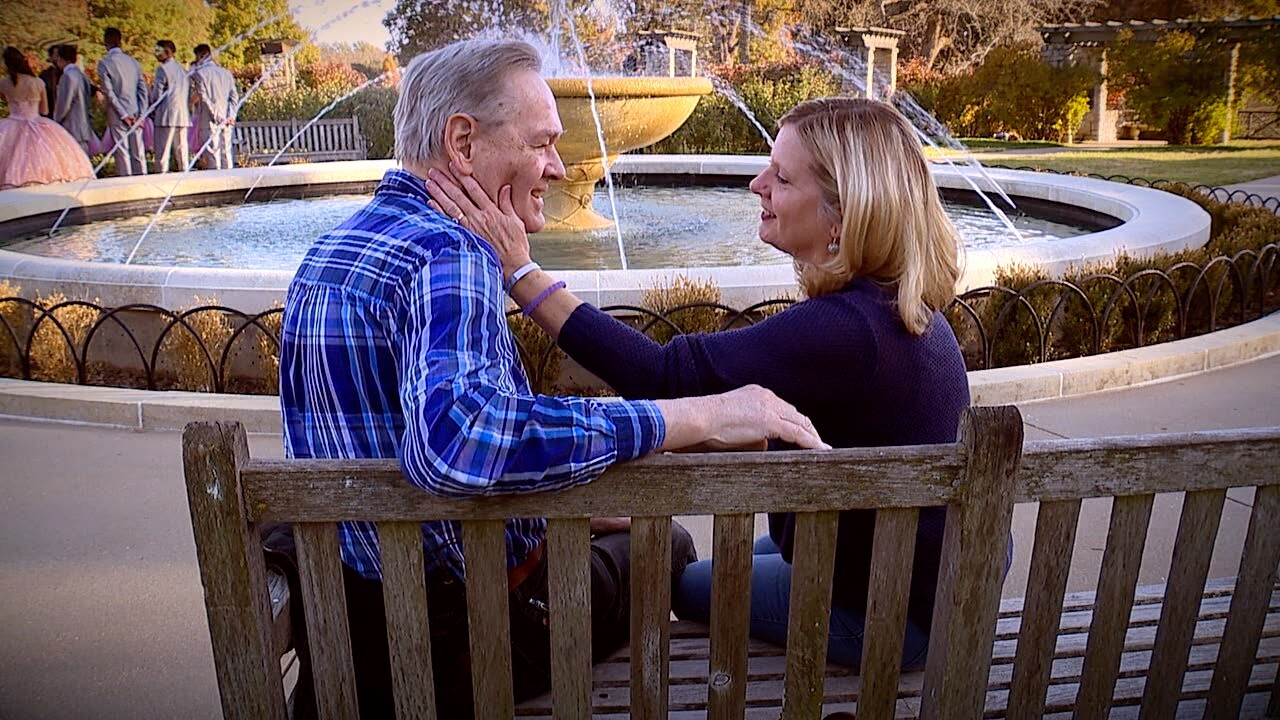 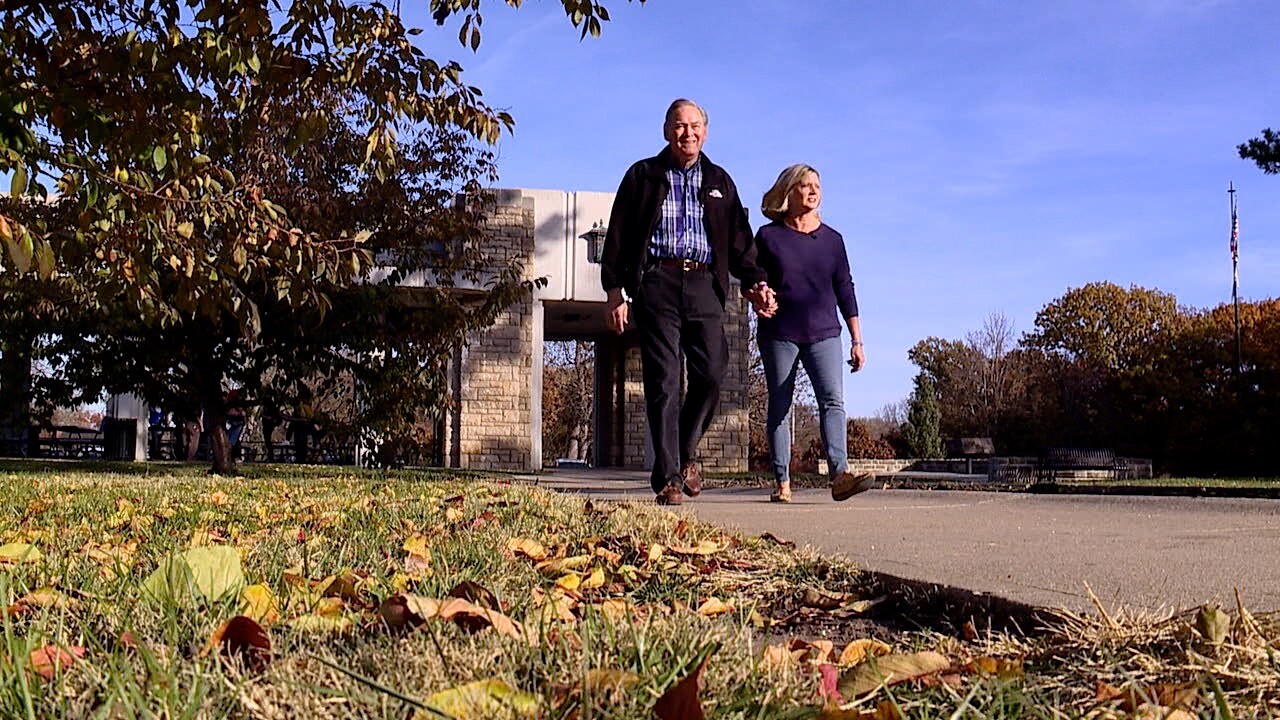 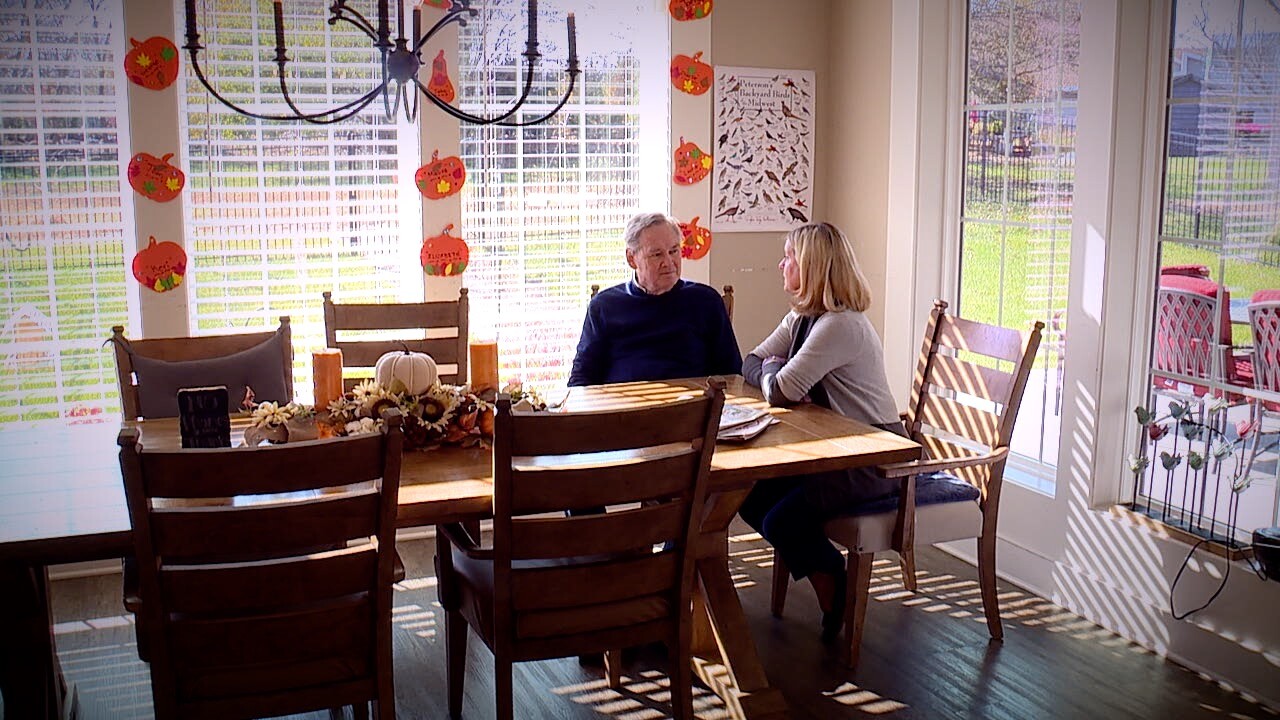 OVERLAND PARK, Kan. — Exchange a brief hello with Dennis Moore and you may not notice anything unusual. The former U.S. congressman, who represented Kansas' 3rd district from 1999-2011, smiles and shakes hands with everyone he meets.

But a few seconds later, he may stretch out his hand to introduce himself again, saying, “I’m Dennis Moore. And who are you?”

“The Alzheimer’s is advancing is the best way to say it," his wife, Stephene, said.

The Moores have been publicly battling Alzheimer’s since February 2012, when the former congressman announced his diagnosis.

Dennis, 74, knew what he was facing; his father died from the same disease. Almost eight years later, he and his family are still fighting, but a lot of things have changed.

The disease, which degenerates brain cells and is the most common form of dementia, has stolen much of Dennis’ short-term memory. He now retains information for about a minute.

Last year, Dennis moved to Prairie Elder Care, a senior living facility with a home-like atmosphere. It has a farm, which includes chickens, a fish pond, activities and lots of structure.

Stephene made the difficult decision to place him into full-time care due to his fading short-term memory and some frightening lapses in judgment he never would have made before Alzheimer’s.

Dennis had started to experience confusion and episodes of wandering in the night, but the scarier situations arose when he was left alone during the day.

“After he stopped driving, Dennis would take a walk from our home to a nearby grocery store and walk home,” Stephene said. “Maybe he got a little warm, sat down on the curb of the street and someone who knew him, but we didn’t know, would take him to our house and he would invite them in to show them his memorabilia from his days in Congress. You realize that’s not the safest thing.”

Dennis doesn’t remember those episodes, but he does remember he has Alzheimer’s disease.

Dennis proudly reminisces about cases he prosecuted as Johnson County District Attorney, colleagues he worked his during his years in Congress, the former presidents he worked with and the bills he helped pass for veterans.

Dennis has specific stories memorized and repeats them word for word as he shows you photos on the shelf in his room.

He then concludes, "I’m on parole now,” and flashes a smile.

Often, he will start the story all over again.

Many Alzheimer’s patients become agitated or angry as the disease progresses, but Dennis has retained his sunny disposition.

“I don’t get angry,” he said. “I do get frustrated sometimes. When you can’t remember something, it’s frustrating. What really frustrates me is that I am not at home with my wife.”

But Stephene knows that is no longer possible. She needs sleep and the peace of mind that he is safe. She tells other caregivers they will need stamina for the long years ahead.

“A lot of people think they can do this themselves," she said. "You’re a strong person, you love this person and you desperately want to take care of them and make it go away. Part of that is probably denying what is really going on, because you don’t want to see it, but you know it.”

Despite the fact Moore has full-time care, many days Stephene is still exhausted. She does her best not to worry and feels guilty when Dennis tells people he wants to go home.

“I just prefer to be home with her," Dennis said. "I don’t know why I have to stay over here all the time."

When asked if he understands that he could wander away and not know where he is or how to get home, he said, “I’ve got my phone with me. I can always call my wife.”

Although Stephene sees him almost every day and regularly takes him to lunch, the park and family events, she said a barrage of phone calls begin as soon as she leaves him. It’s the madness of an insidious disease — he doesn’t remember he was with her.

Stephene also finds it occasionally troubling when those who care and want to help, but have no clue what living with Alzheimer’s really entails, push advice on her.

“A lot of times you hear, ‘Talk to somebody. If you are a caregiver and you are feeling stressed, talk to somebody. Well, it can’t be just somebody," she said. "Well-meaning, highly educated people, clergy, physicians — all sorts of providers — will say, ‘Oh, I know what you are going through, because my grandmother had Alzheimer’s.’ They don’t know anything about caring for a spouse.”

During the days after his diagnosis, Stephene and Dennis vowed they would not fade away from public life but would confront Alzheimer’s and its stigma, advocating for acceptance as well as early diagnosis, research and a cure.

“We were out front before about talking to people, about getting a diagnosis early and now we want to share the reality of this journey," Stephene said. "Overall, we want to be very out front, and we are continuing with what we have talked about and planned out as how we would deal with this prior to some of the changes we have now.”

The war against Alzheimer’s has a new front for Stephene. She now spends time with, advocates for and speaks on behalf of caregivers. After all, she understands the stress, financial hardship, loss of dreams and grief that accompany the disease.

“Part of the early caregiving was thinking we could still do some of the things we planned, like traveling or going to a concert," Stephene said. "Oh, man — or a ball game — that’s just not something you can do anymore. It just doesn’t work.”

Dennis’ world has shrunk considerably and it often seems Stephene is the only other person in it. She alone gives him comfort and strength.

At the beginning of his diagnosis, Stephene said she drew strength from him, but that is no longer possible.

"At times, it is like taking care of child,” she said before starting to cry. "My kids, knowing I am not alone, interfacing with people in my boat. Even though our journeys are different, our hearts still break.”

For the Moores, Alzhehimer’s has been and continues to be a long, torturous road. They will both tell you that there have been bright spots along the way — faithful friends, quality care, the way Dennis still plays his guitar with gusto.

They also have developed the ability to live in the moment, especially because far too often the moment is all they have now.

“Take it slow; take every day for what it is,” Stephene said. “Live in the moment, lower your expectations, be a good advocate and cherish the moment."