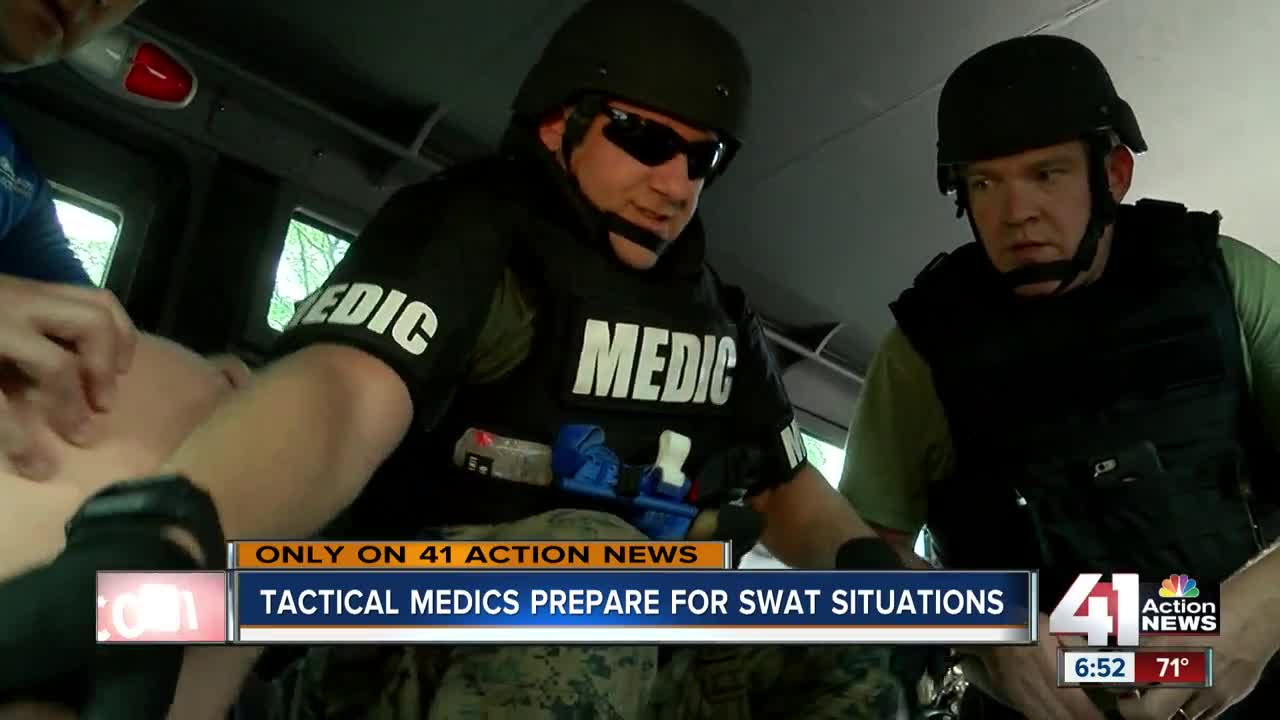 From a barricade to a hostage situation, and from escorting a dignitary to making a high-risk arrest, the SWAT team responds to it all. And in Johnson County, when one of the six SWAT teams serving the county responds, a paramedic is on board. 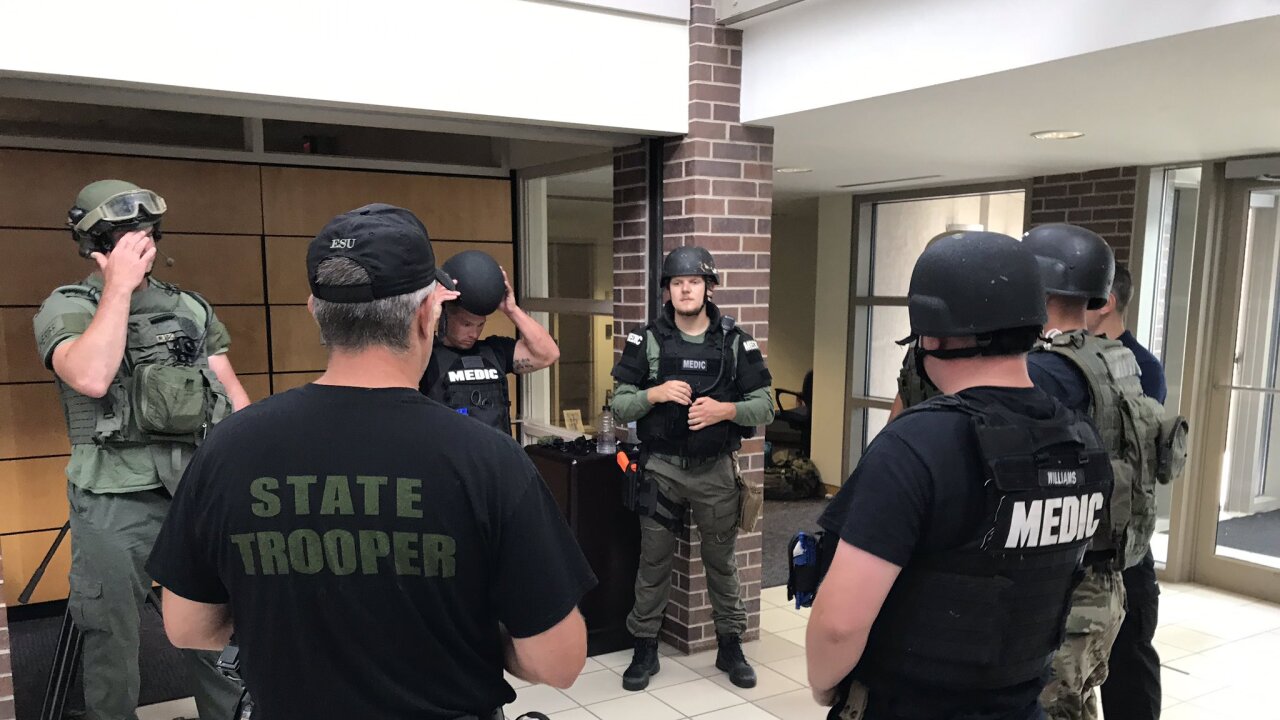 LENEXA, Kan. — From a barricade to a hostage situation, and from escorting a dignitary to making a high-risk arrest, the SWAT team responds to it all. And in Johnson County, when one of the six SWAT teams serving the county responds, a paramedic is on board.

The role is called a tactical paramedic. Because the number of SWAT calls has increased in Johnson County over the past three years, Johnson County Med-Act is training three more paramedics to handle the SWAT responsibilities.

By the end of September, Johnson County Med-Act will have a total of 12 tactical medics.

"We're all used to the rocking and rolling in the back of an ambulance, but it's not quite the same in the back of an armored vehicle," explained Captain Chris Winger, a tactical medic with Johnson County Med-Act who leads training.

Med-Act is the arm of the county which employs paramedics and maintains ambulances to respond to medical emergencies around the county. Tactical paramedics work full time with Med-Act and only serve the SWAT team when there is a SWAT situation.

In Johnson County, tactical medics do not carry guns. They are equipped with bulletproof vests and helmets. Only 41 Action News got a behind the scenes look at the life-like scenarios used to train tactical medics last week. Winger focuses training on situational awareness, safety and other SWAT-related points.

"When it comes to your safety, you have to realize there are sometimes people out there who don't have good intentions. [It's good to] get the training to have the eye to look for those moments," said Lt. Ben Schoolcraft, a paramedic with Johnson County Med-Act training to become a tactical paramedic.

Winger said it's important to have a tactical paramedic with the SWAT team because when SWAT members are alive and well, they can keep the public safe.

"[SWAT teams] have that bigger picture perspective and want everyone to be safe. Make sure they're taking care of their officers, so those officers can then turn around and take care of the public," he said.

Aside from treating officers, medics also give first aid to hostages and suspects.

Tactical paramedics do not earn a higher salary, but do earn overtime during training and when responding to SWAT situations.

Tactical medics from as far way as Hutchinson, Kansas, and Springfield, Missouri, trained in Lenexa with Johnson County last week.