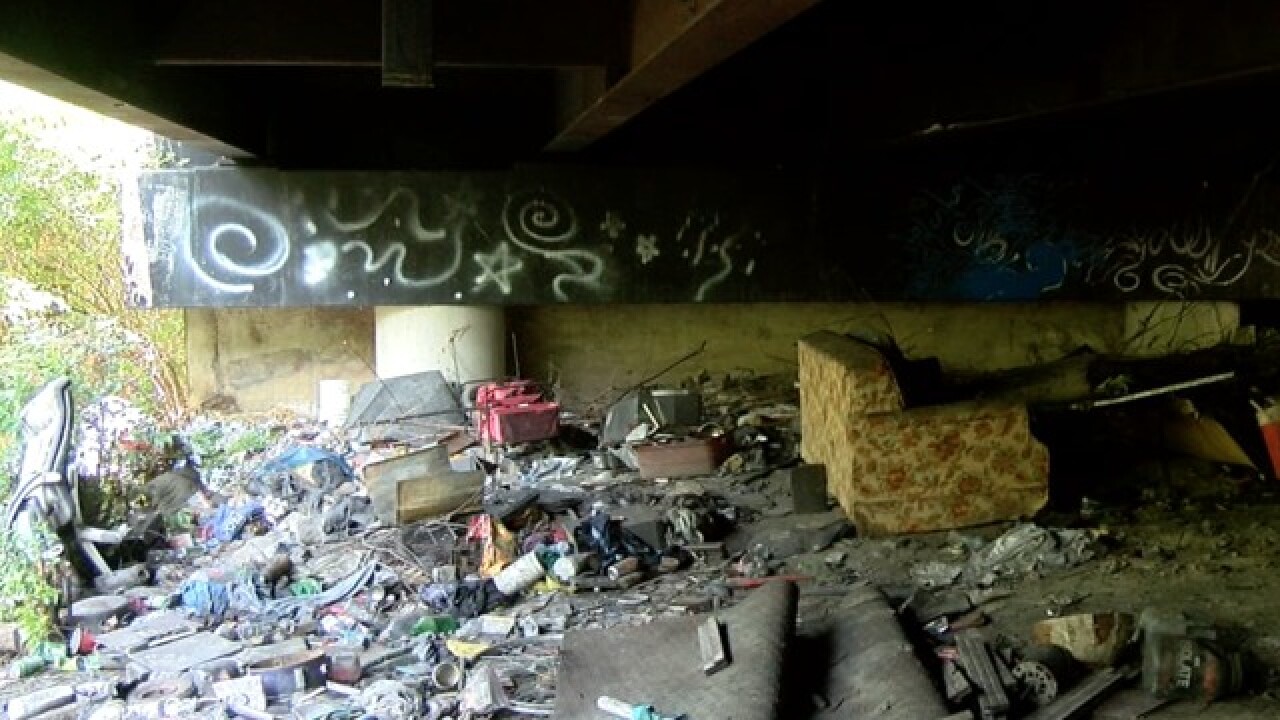 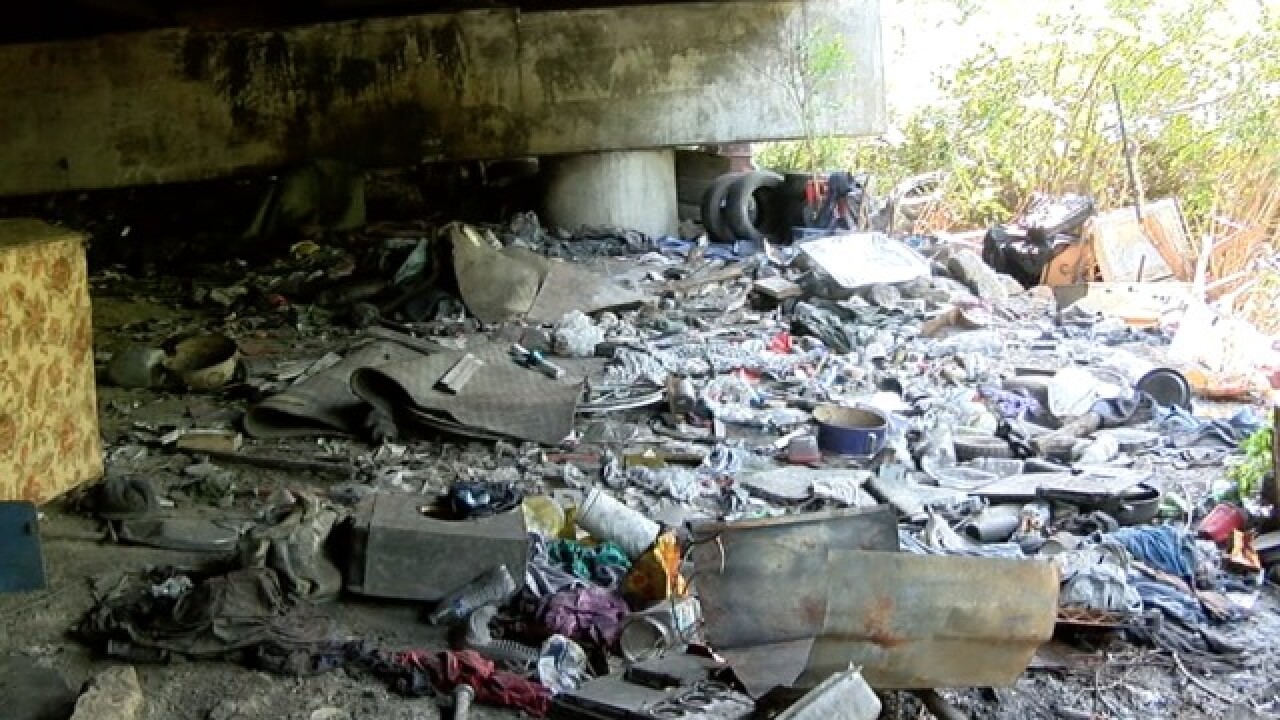 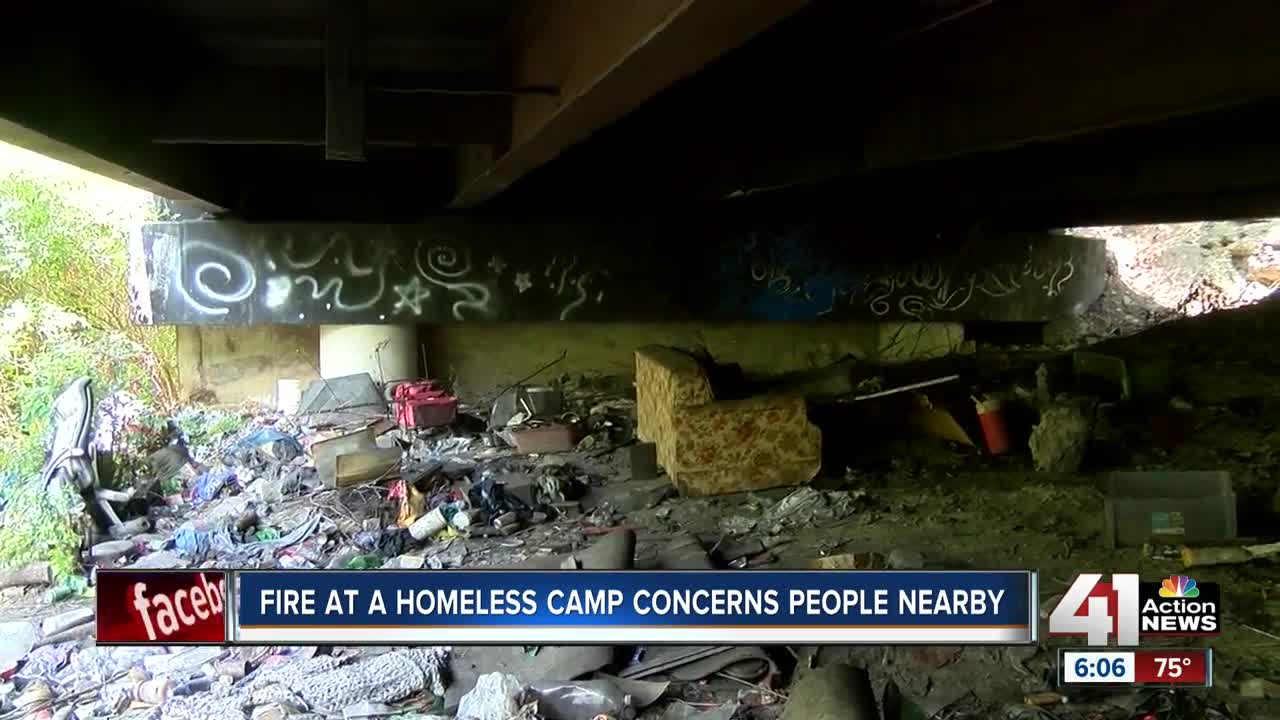 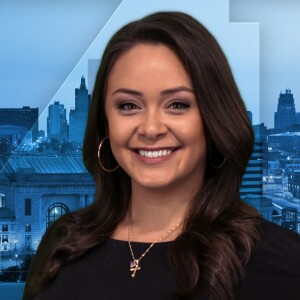 KANSAS CITY, Mo. — Neighbors say the homeless camps underneath Beardsley Road are getting out of control.

"It's going to take years to fix the sociological problems to clear that up," resident Leo Eilts said.

Eilts lives in Strawberry Hill, though he's one of the many people who took Beardsley to get back and forth from KCK to downtown Kansas City.

You'll find a mess underneath Beardsley from 12th Street to I-670.

Residents said this issue is coming to a head after yet another fire down there was reported just last week. Beardsley was closed off in May after a big fire broke out in one of the homeless camps.

We went underneath the road to see it with John Baccala, KCMO city spokesperson.

"I'll tell [the city] what I saw and it will come as no surprise to any of them because we're well aware of it. This is not an isolated incident," Baccala said.

Baccala said they're always taking calls about the trash in the area.

He said it's an ongoing cycle. Crews will clean it up and three days later it's back to where it was before.

"We have actually had to go out at times and lower buckets down to pick up trash because being built like Kansas City was on these bluffs, it makes it very easy to dump and very hard to clean up," said Baccala.

The city public works department told 41 Action News the May fire caused structural damage to two-thirds of the bridge and it'll need to be rebuilt.

Contractors have been visiting the site from time to time to assess damages, which will not be an easy, or cheap, fix.

At this point, the city can't provide any cost amounts.

The conversation about what to do garnered many comments from neighbors on the Nextdoor app. Many debated back and forth about how the city should be treating those who are homeless, while also taking care of taxpayers.

"That complicates matters. And we want to do what's right for everyone," said Baccala.

On Wednesday, city crews were out along Bluff Road, just below Beardsley, telling folks in tents to clear out of the wooded area.

In the meantime, it seems residents who used Beardsley will not see results any time soon.

The Kansas City Police Department said they'll do more outreach to the homeless people living there.