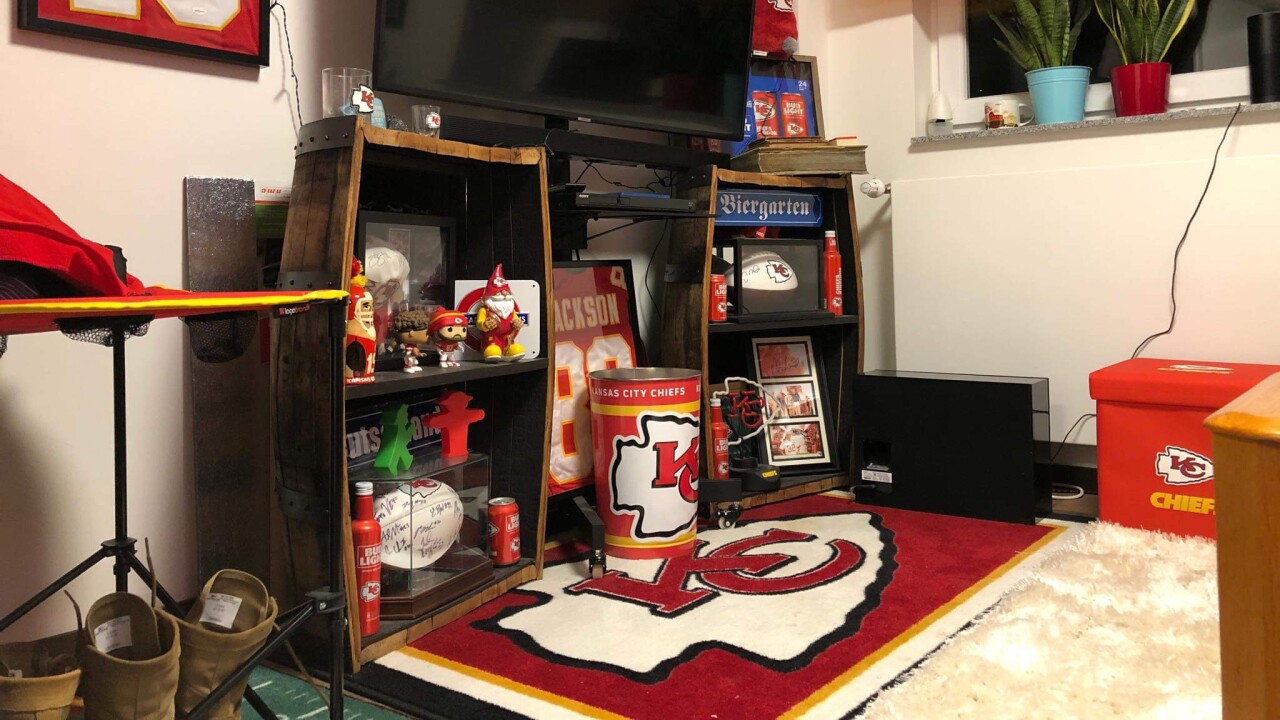 KANSAS CITY, Mo. — When Benjamin Steichen wears a Patrick Mahomes jersey, people go wild. And that wouldn’t be a surprise if Steichen was in Kansas City, Missouri, but the Army member is stationed at a post in Germany.

“Everybody is following him, everybody loves that guy,” Steichen said via video chat. “When I go around wearing my Chiefs stuff, everyone is like, 'I love Patrick Mahomes, he's awesome, I gotta watch the Chiefs.'”

Steichen grew up in South Dakota idolizing Joe Montana. He stuck with the Chiefs after Montana retired.

Over the years, the die-hard fan has accumulated autographed jerseys, posters, magazines, figurines and furniture. And no matter where the Army stations him, Steichen brings every bit of Chiefs memorabilia with him to create a “fan cave” at the post.

Sunday’s AFC Championship game against the Tennessee Titans begins at 9 p.m. in Germany, but Steichen said he will stay up to watch it all.