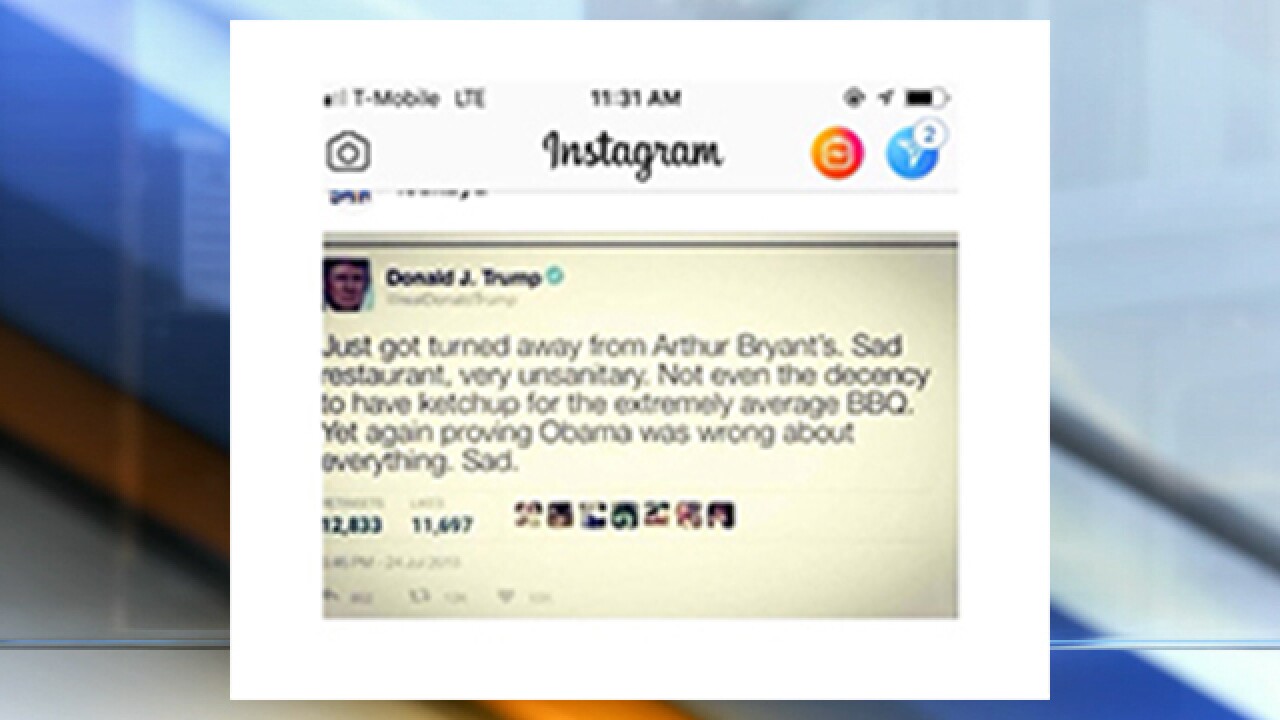 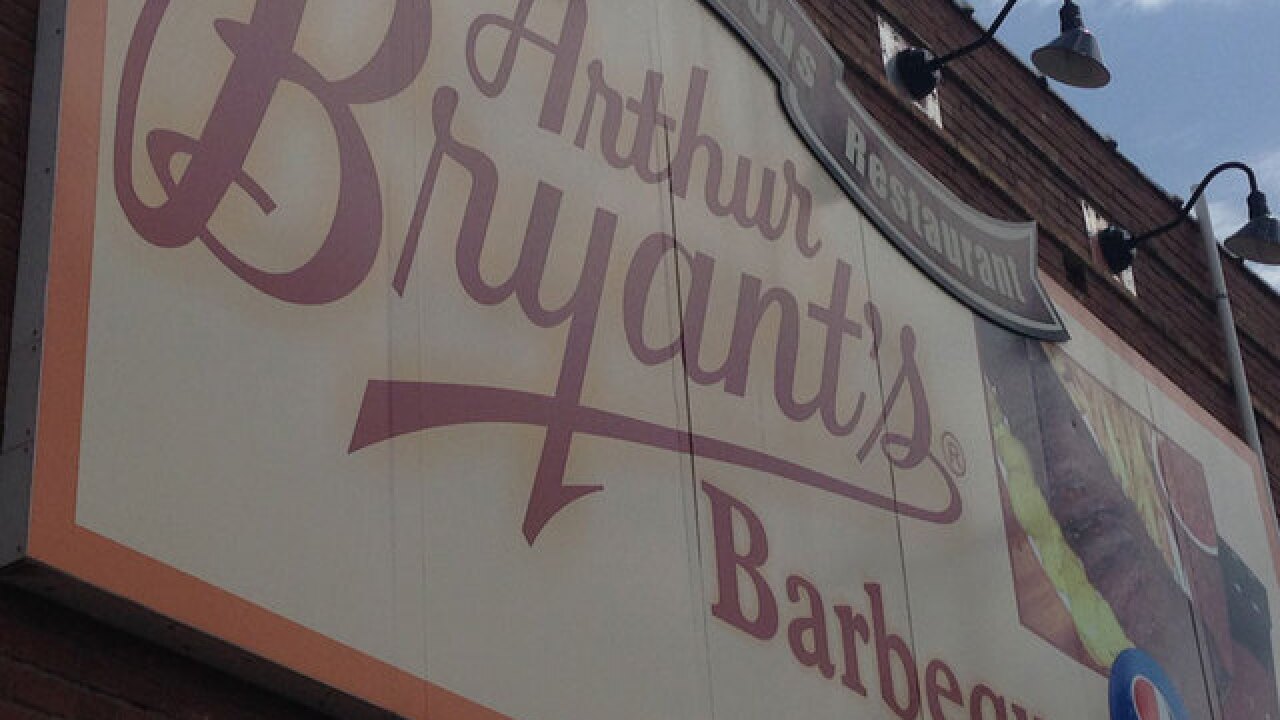 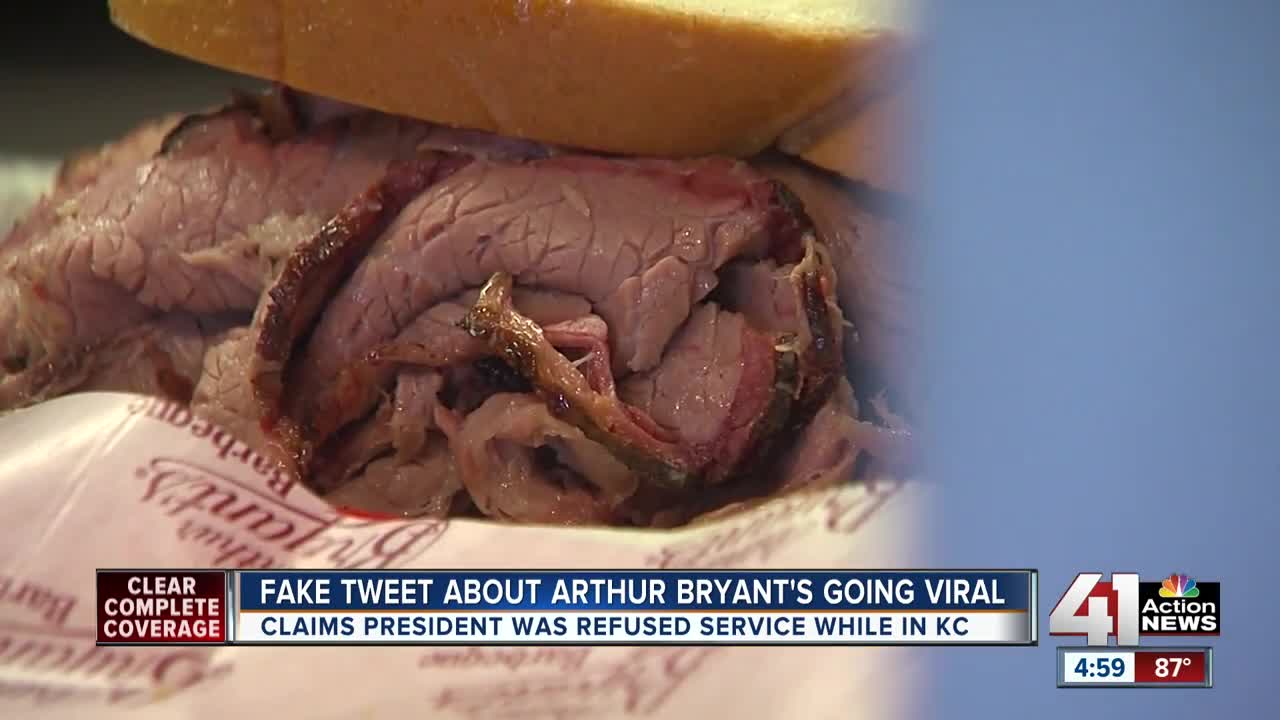 KANSAS CITY, Mo. — No matter what you may have seen on social media, President Donald Trump was not turned away Tuesday at Arthur Bryant’s during a visit to Kansas City.

"We don't refuse service to anyone," owner Jerry Rauschelbach told 41 Action News. "We are inclusive, not exclusive."

The restaurant issued a statement Wednesday to confirm that Arthur Bryant’s management was never contacted by Trump’s advance team, which would be a necessary step if he were planning a visit.

While it’s true that Trump was in town for a speech at the VFW Convention and a private fundraiser for Missouri Republican U.S. Senate candidate Josh Hawley, he didn’t go out on the town for a meal. 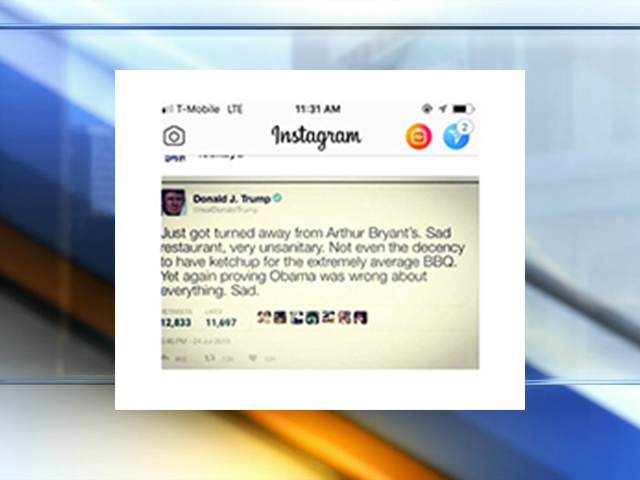 The doctored post disparaged the restaurant and chided its lack of ketchup, a nod to Trump’s affinity for steak well-done with a side of ketchup and a signal that it was satirical.

Arthur Bryant's has welcomed its fair share of politicians over the years, Democrats and Republicans alike. So that's why Rauschelbach was surprised to see the tweet from what appeared to be Trump's account saying he got turned away from the restaurant.

"Everybody has their political views and those views are represented at the polls, not at a restaurant in downtown Kansas City," Rauschelbach said.

The restaurant's PR team issued a statement that reads in part: “We would have graciously welcomed President Trump in the same manner we have welcomed many other Presidents and legislators. At Arthur Bryant’s we respect the office of the Presidency and we value all of our customers Republican, Democrat, Libertarian or other. Our barbeque transcends political parties! I guess we got our own little piece of Fake News going on.”

"You just come in off the street and feel like you're at home," Cheryl Emmot said. "Everyone is so friendly."

One young man stopped in Kansas City on his way back to Boston just for the barbecue.

"You see people from all different types of life come here and eat the BBQ, so it's good," Jay O'Neill said, who also added KC barbecue is the best he's had.

The fake post concluded by taking a shot at former President Barack Obama — who enjoyed some barbecue at Arthur Bryant’s during a 2014 visit, just one of several sitting Presidents to stop at the iconic Kansas City restaurant.

"It's absolutely a ploy to divide people. And once we get over the fact that we're not going to be divided, we'll all be just fine," said Rauschelbach.

Arthur Bryant’s has been a must-visit barbecue stop for many politicians, athletes, movie stars, musicians and other famous people through the years.