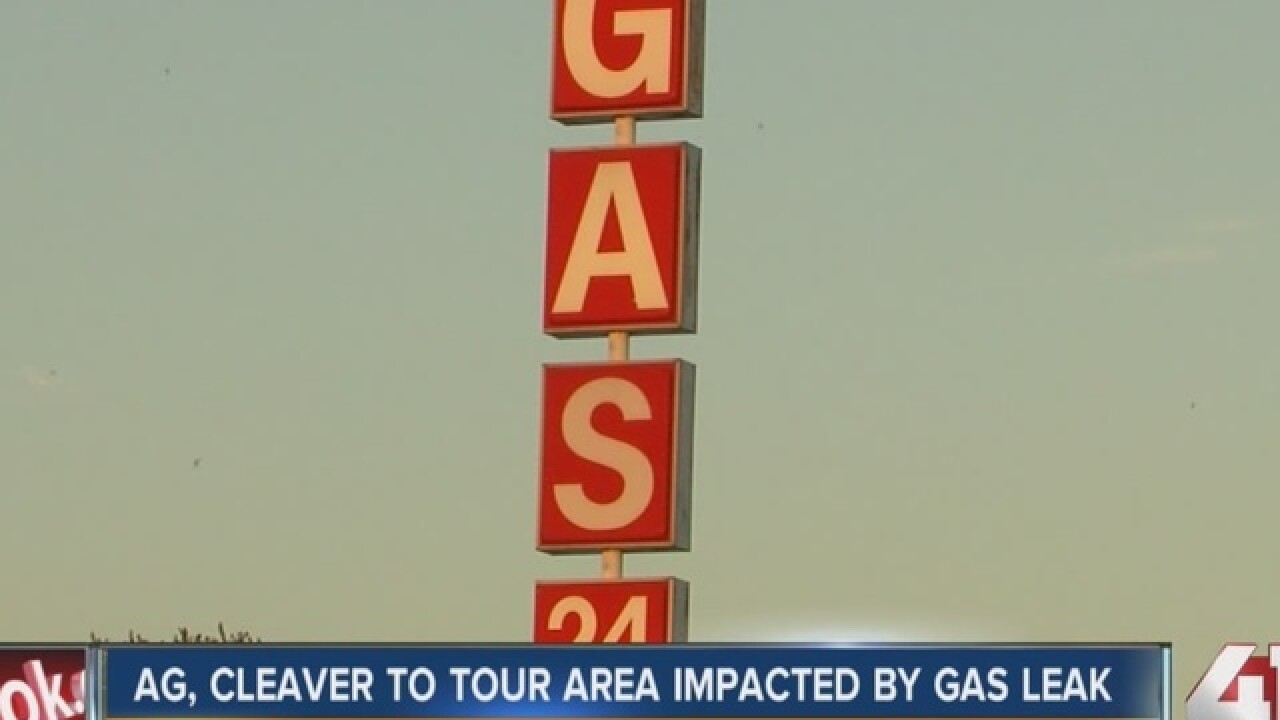 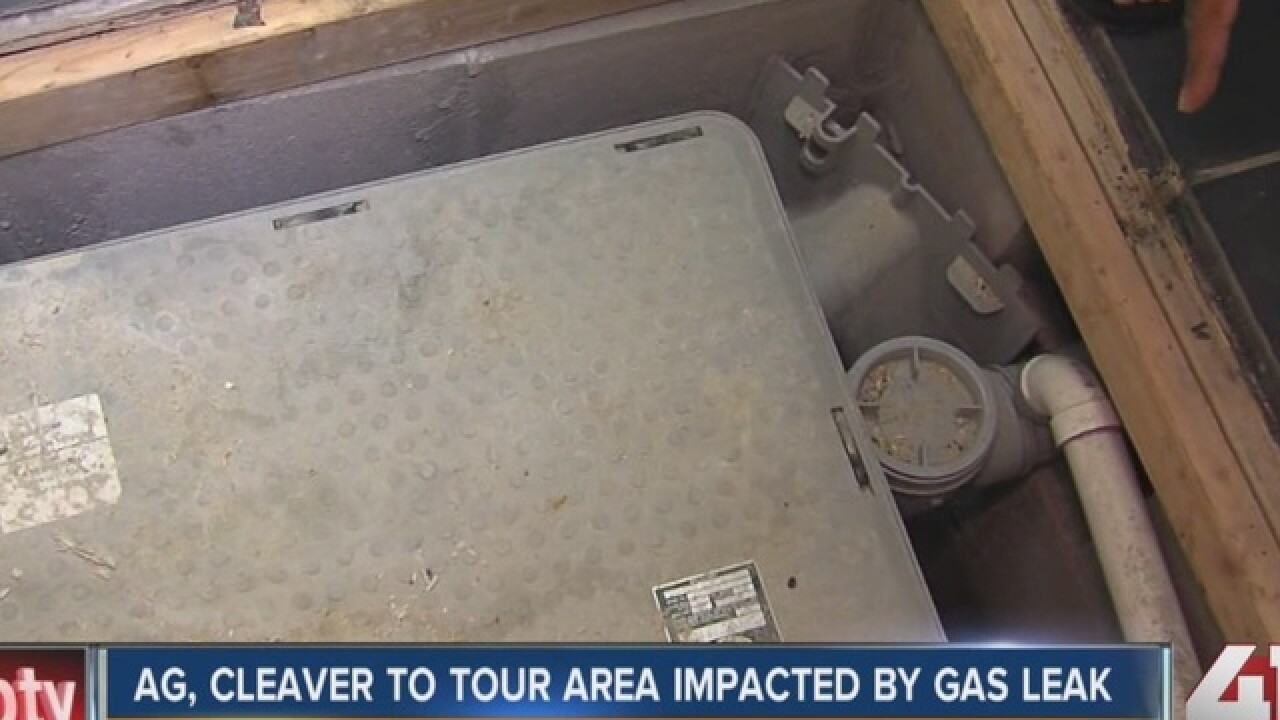 Tuesday, Missouri Attorney General Chris Koster and Congressman Emanuel Cleaver will tour the area around 31st and Cleveland in Kansas City after multiple complaints about a gas leak in the neighborhood.

Koster will announce new legal action he is taking against Zill, LLC which owns Inner City Oil Company, the gas station people in the community say is at the center of the problem.

Brandon and Tiarra Dixon own Smaxx Restaurant, just two businesses down. They say the advice from the Department of Natural Resources was to use a solution to get rid of the smell.

A visit from the Kansas City Fire Department led to a HAZMAT crew being called in on Friday. Brandon said, "The man told us not to use a high-voltage power drill. So a spark could have ignited it at first. It's so many elements. It's an invisible monster, you don't know where it's at.”

Wylie Scruggs from Lane’s Auto Repair next door said this will be Congressman Cleaver’s second visit to the area.

"He came out and I don't know if I should say that but he came out here one Saturday and walked it and he even said he wouldn't light a match down here," said Scruggs.

He added that he feels for the Dixon’s as well. Scruggs said, "Could you imagine? You work for years out of a truck, save your money, try to get your business going and then bam. No good because the fumes and gas have been stored in there forever. That's no good. That's not right."

Once the tours are complete, an announcement from Koster regarding Zill, LLC is expected.