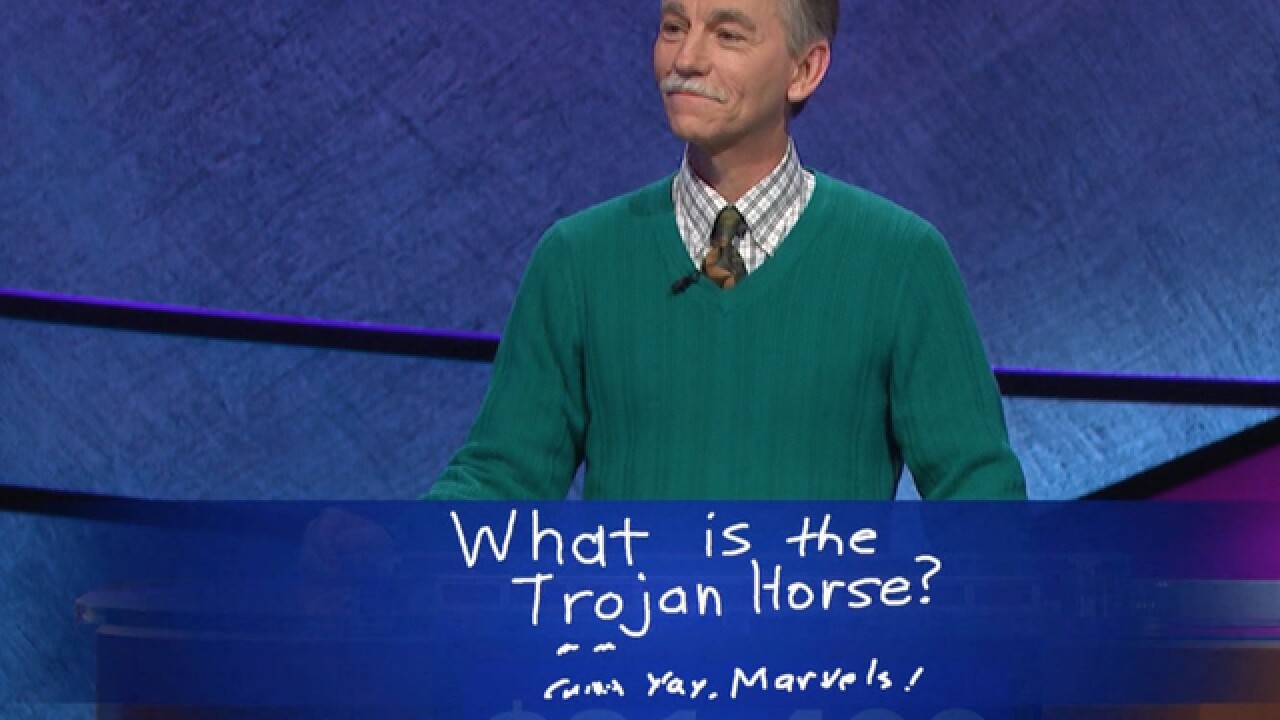 KANSAS CITY, Mo. — He is a Shawnee Mission School District teacher who knows his trivia.

Who is Larry Martin?

Martin is a second-grade teacher at Belinder Elementary. He won a spot in the “Jeopardy!” Teachers Tournament final by a wide margin in an episode that aired Wednesday.

Heading into Final Jeopardy!, Martin was in first with $21,400 with fellow teachers Jake and Katherine following with $12,600 and $9,200 respectively.

Martin clinched the win when he was the only teacher who knew the answer to:

Ulysses and Menelaus were among those who emerged from the “womb” of this, called “Tall as a mountain, ribbed with pine.”

His, and the correct answer: What is the Trojan Horse?