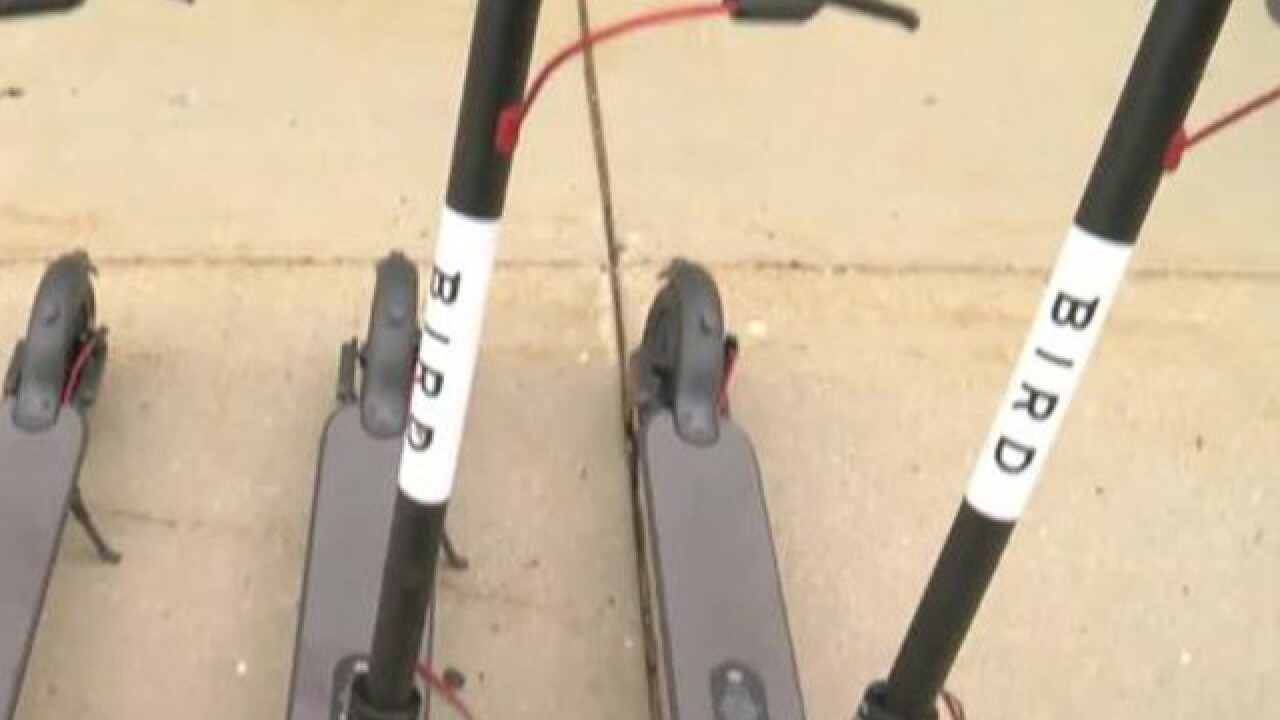 In a statement, Meredith Keeler, the General Manager of the Plaza, said "safety incidents" caused the current ban of the rentable scooters.

"Since our streets are public, the City was within its rights to make the decision to allow Bird to operate on the Plaza without involving our management team," Keeler said. "After safety incidents resulted in numerous customer and tenant complaints, Bird is pausing its operations until we can assess whether scooters are the right addition to our pedestrian-heavy district."

A Bird spokesperson says they have not received any reports of any safety incidents on the Plaza involving the scooters.

When asked about the "safety incidents," a Plaza spokesperson had no further comment.

KCPD says it has not taken any reports or complaints about the scooters on the Plaza. A city spokesperson said the "no-ride zone" is a business decision made by Bird and "we are encouraging Bird to continue to communicate with neighborhood associations and business districts as it expands its services."

Bird says it proactively made that decision after receiving feedback from city officials about its presence on the Plaza.

In the Bird app, the Plaza is currently marked as a no ride zone, according to a statement from the company. "We are in communication with city officials regarding the Plaza and are working together to ensure Bird is operating in accordance with city guidelines," a spokesperson said.