Kansas City in talks with company about dockless scooter app

KANSAS CITY, Mo. -- A city spokesman confirmed to 41 Action News conversations are underway between Kansas City and Bird, a dockless scooter app, about bringing the technology to town.

Wednesday morning, at least three of the bikes were spotted downtown at 16th and Walnut. 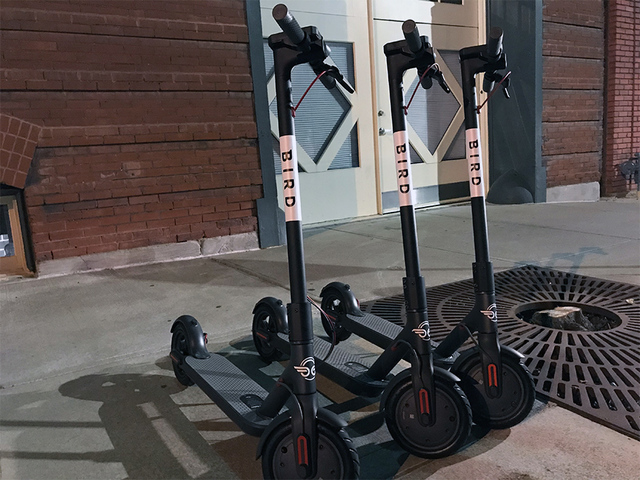 Through Bird, users can find and unlock the nearest electronic scooter. When they're done riding, they can lock and leave the scooter virtually anywhere, although the app recommends parking by bike racks.

The app is already in use in other cities, like San Diego, Minneapolis and Denver.

Kassie Anthony and her fiance used the scooters, which travel at speeds up to 15 mph, to get around the Mile High City during a visit last month.

"We ended up using them to check out the entire town, so we were able to explore a lot more of the city versus if you're just walking," she said.

Denver is actually asking Bird and another scooter company to get out of town. Scooters aren't allowed in the streets there, and an ordinance prohibits storing any goods or merchandise in alleys, sidewalks or other public places.

The app also launched late last month in Milwaukee, where on Friday the city filed suit against Bird Rides Inc. According to the lawsuit, the city sent a letter to the company warning it that riding the scooters in Milwaukee is illegal on sidewalks and in the streets. However, the suit claims the company did not stop operations.

"The city supports innovation and transportation options, and we are having conversations with Bird to learn more about their plans for the Kansas City market. Since this is a transportation option that uses the public right-of-way and city infrastructure, we want to make sure we have a full understanding of how it works, which will help us determine how it fits into existing laws, and what revisions might be considered."

The company also said it would send a statement to 41 Action News, but as of 6:45 p.m. Tuesday we had not received one.

The Los Angeles-based company started their first pilot program in Santa Monica, California. Currently, Bird is in 22 cities across the country.