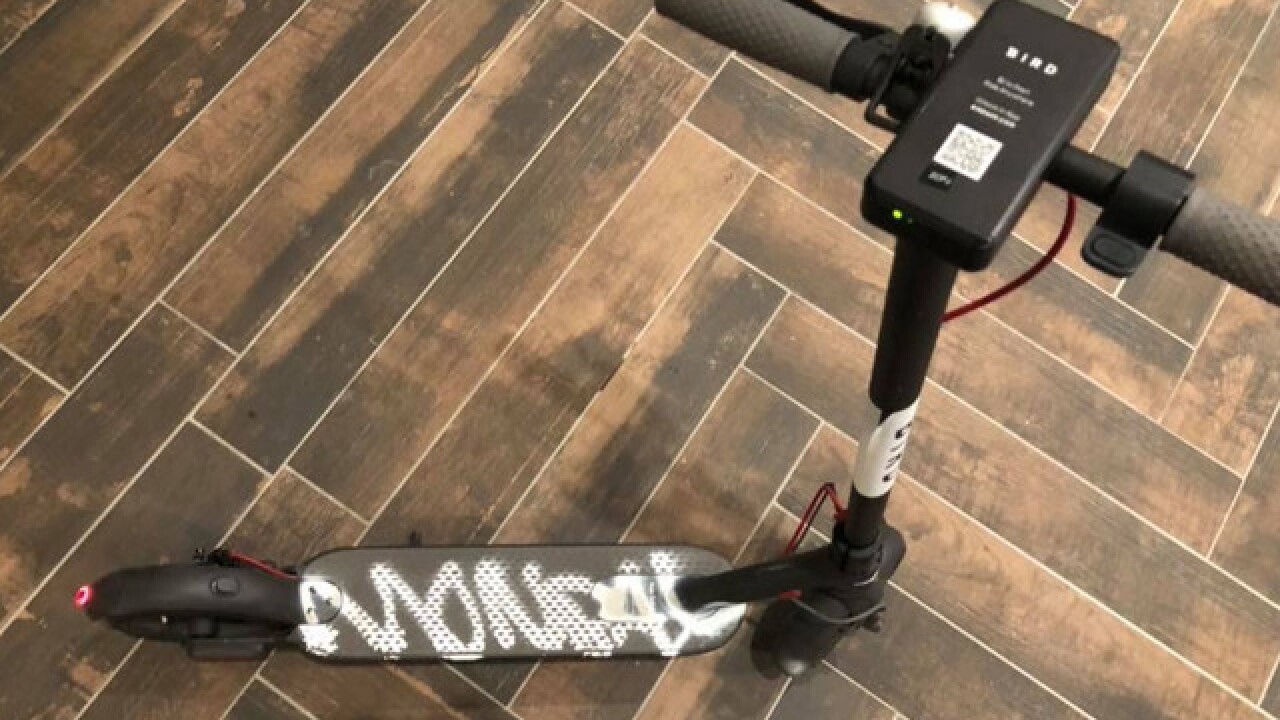 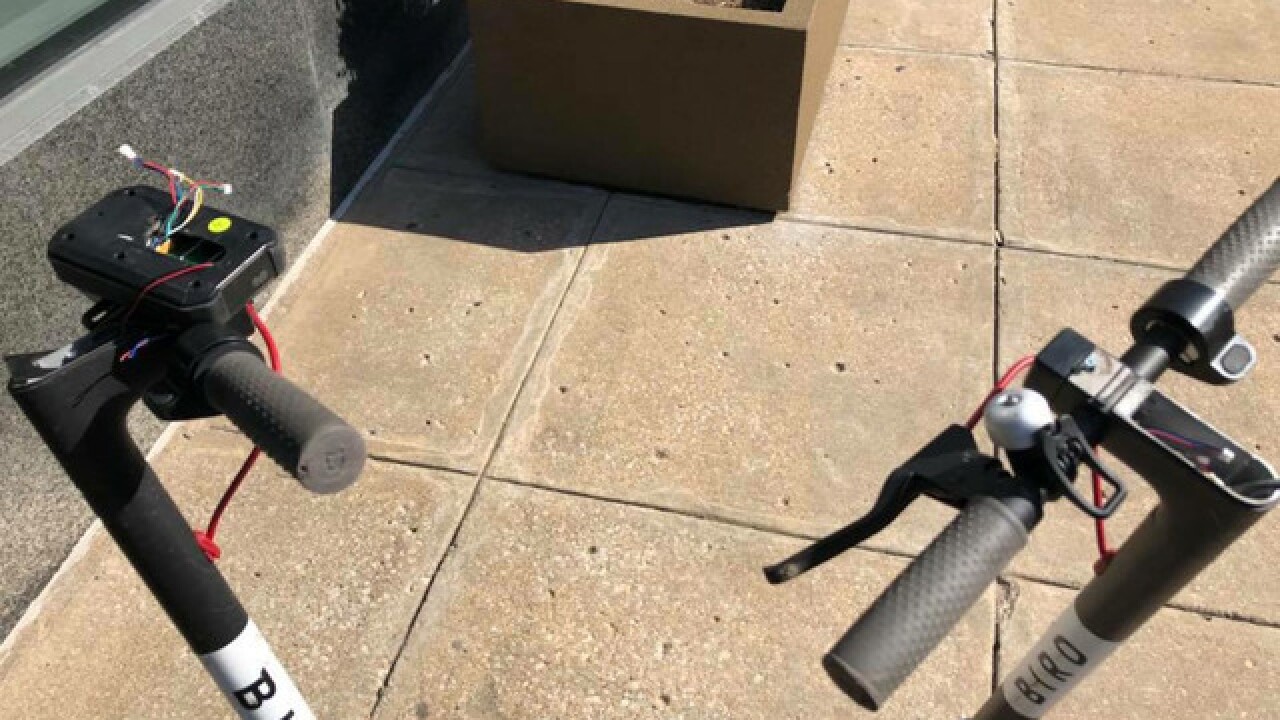 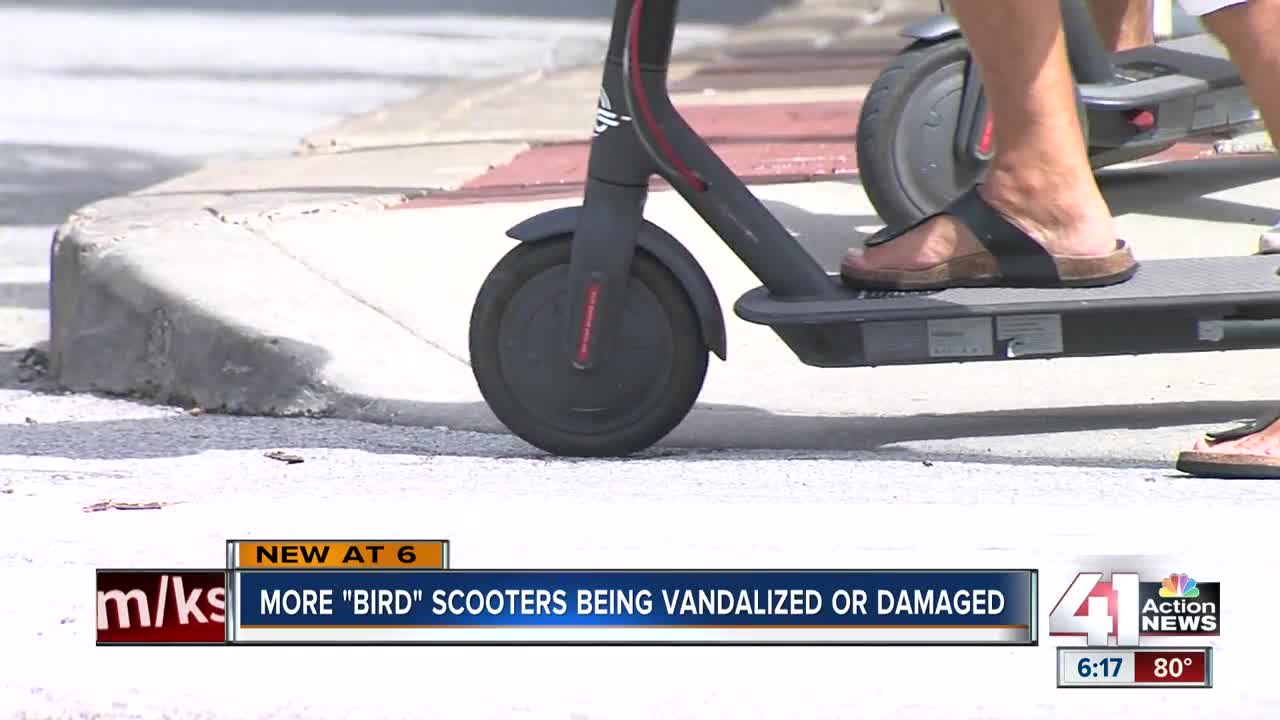 KANSAS CITY, Mo. – Bird scooters have been popular since they arrived in Kansas City. Recently, some have complained about them being damaged and vandalized.

“I have probably ridden it about 10 times now,” said Mike Townsend.

By now you have probably seen Birds speeding past you.

“I ride it once or twice a month,” said Brent Simmons.

People who charge the scooters at night contacted 41 Action News about vandalized and damaged scooters.

“I tried to get one earlier by the KC Star building, and it noted on the app that it was broken,” said Townsend.

We went to 8th and Broadway and found at least three scooters that were out of service because of damages.

The new @BirdRide scooters are very popular in Kansas City. Now that they are here, we’ve gotten multiple complaints of vandalized and damaged birds. I went up to three and all were broken. @41actionnews @KCMO pic.twitter.com/3ww9YrWJzH

“Our mission at Bird is to provide an affordable and reliable transportation option to communities everywhere. That's why we offer our One Bird discounted program for qualified low income riders, and our Red, White and Bird discounted program for active military service members and veterans. When Bird vehicles are vandalized or knocked over on the sidewalk, it's like breaking windows in our own neighborhood. We hope that when people see available Birds, they are mindful of our friends and neighbors who rely on our vehicles to get to work on time or make it to their next appointment. We encourage people in communities to report incidents of vandalism to Birds, and irresponsible behavior on Birds, to local authorities and to the company. Bird investigates all reports of vandalism and takes appropriate measures, including working with law enforcement and removing people from our platform.”

“It’s been good so far. This one has a flat tire which has been a first, so I am assuming they fix those quickly,” said Smead.

Every night, chargers pick up the scooters. If one is damaged, a local mechanic fixes it.

Chargers that spoke with 41 Action News said the company needs to hire more mechanics because the scooters are not being fixed.

KCPD told 41 Action News it has not received any formal complaints about vandalism or accidents.