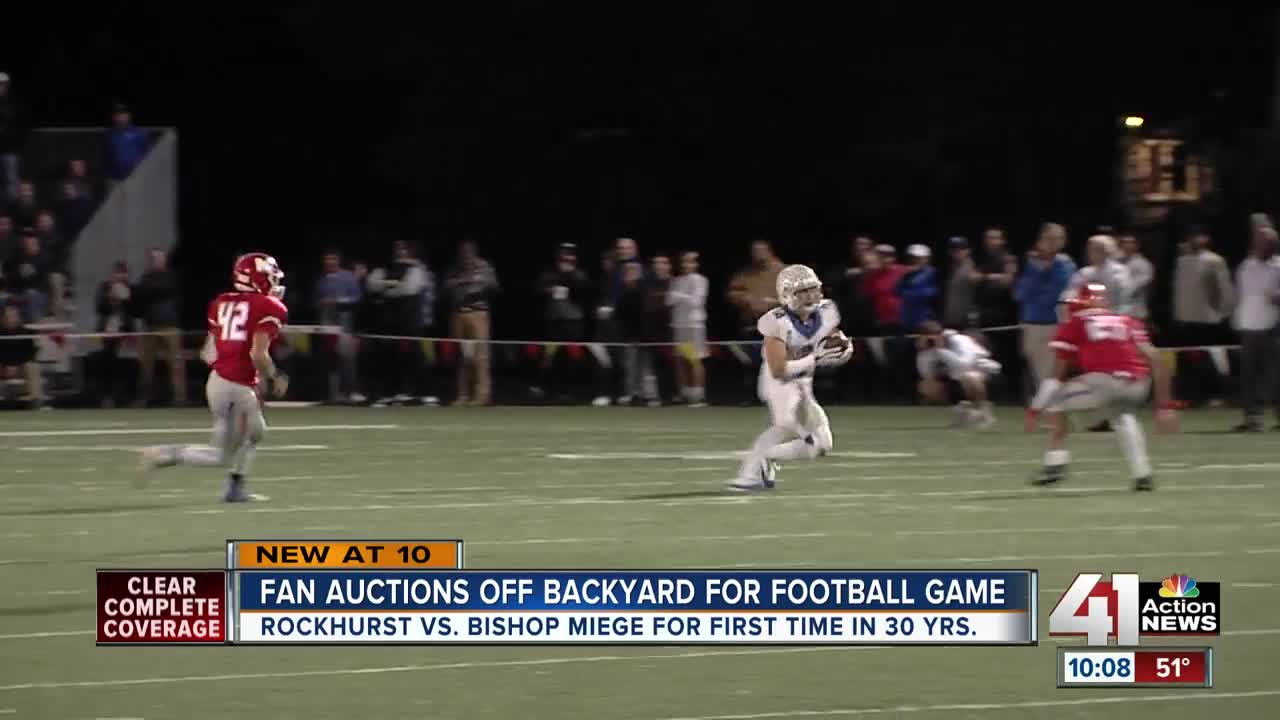 Thousands of people are expected to attend the Bishop Miege and Rockhurst football game on Friday night. Tickets are being sold for as high as $50 and a family auctioned off their backyard and deck for $8,500. 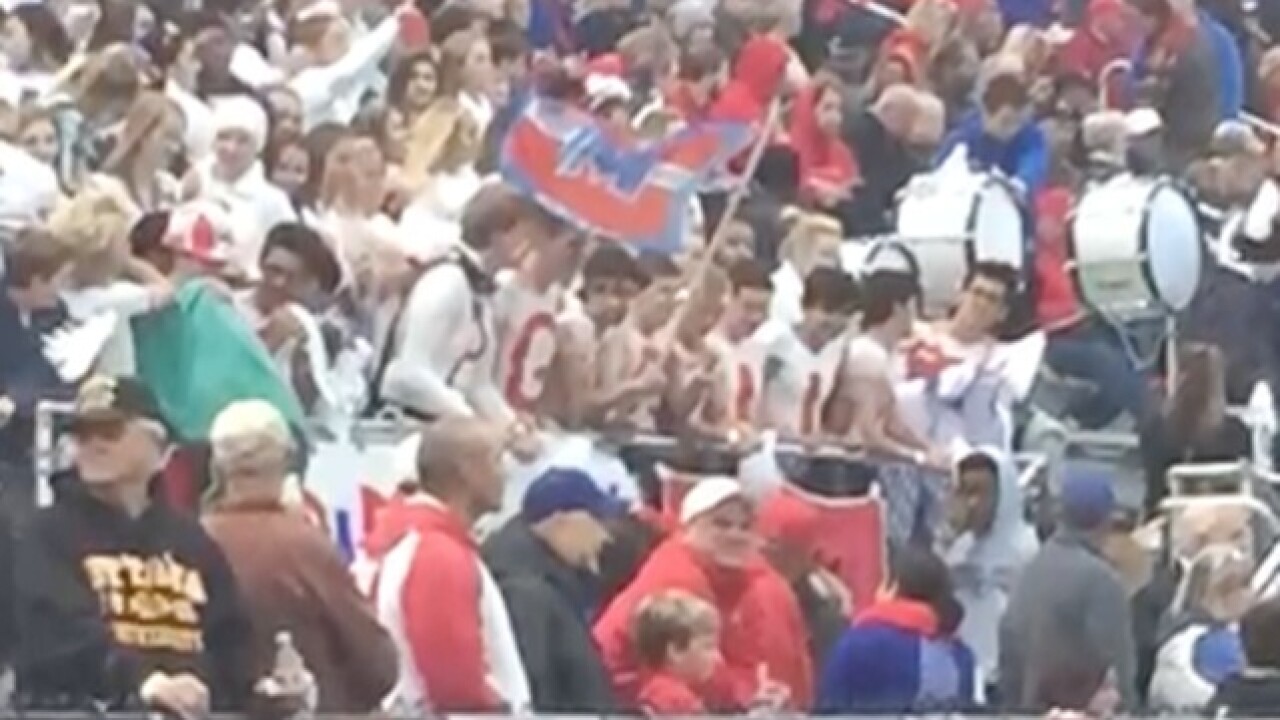 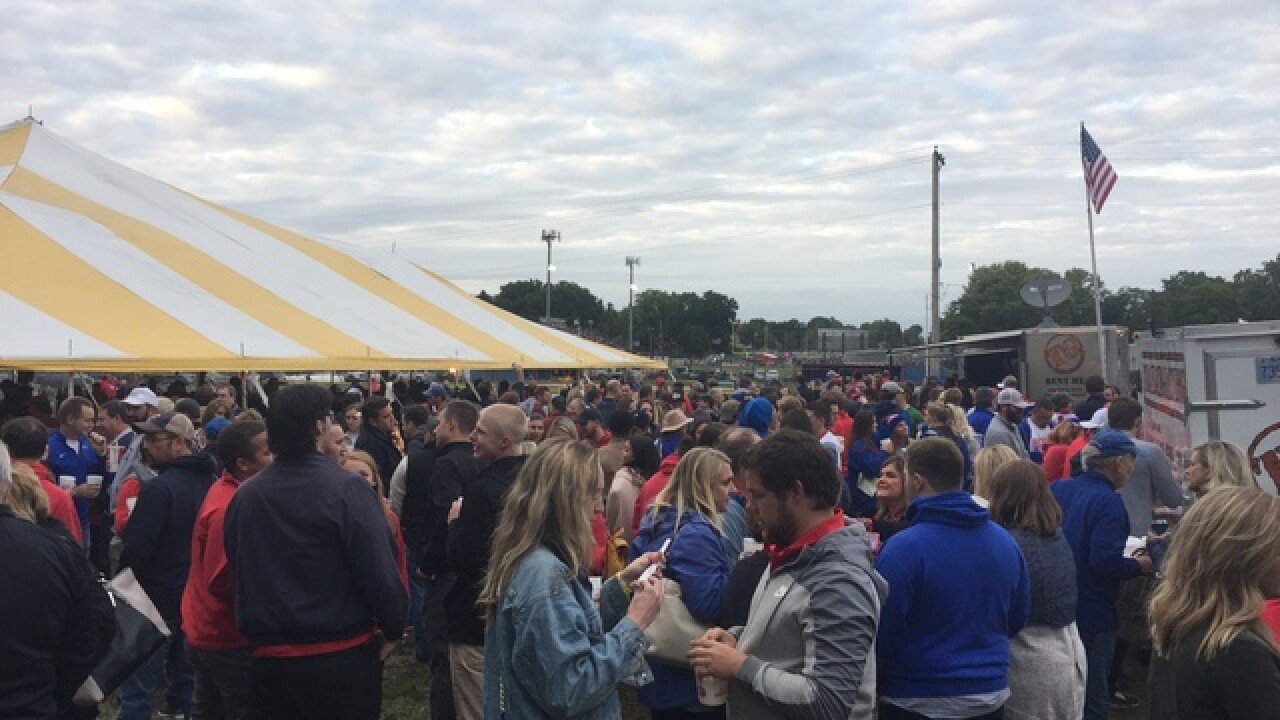 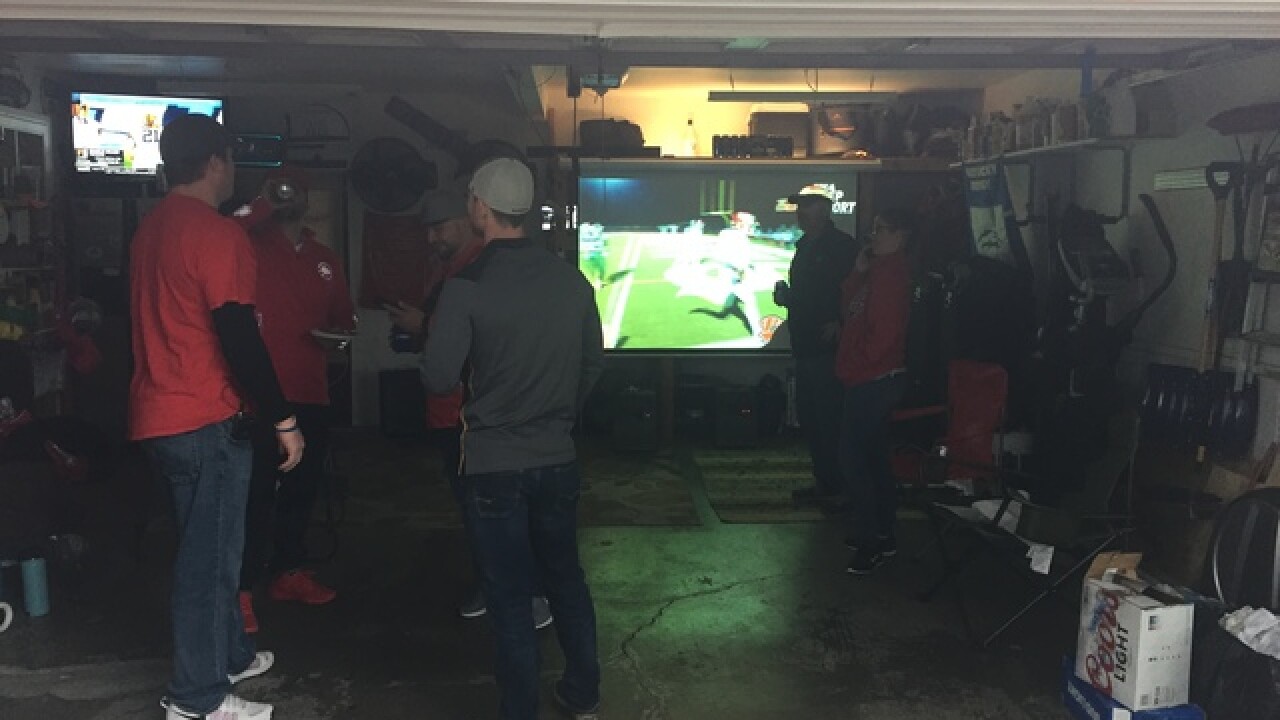 KANSAS CITY, Mo. — The clash between Bishop Miege and Rockhurst brought out thousands of fans on Friday night, with some paying as high as $50 for tickets.

The game marked the first time in over 30 years that the two rivals played one another on the football field.

Hours before kickoff, thousands of fans tailgated outside the field and at special events organized for the game.

“It’s good to be here and good to see this game come back,” said Pat Doherty, who once played on the Bishop Miege football team. “I played here 52 years ago. We beat Rockhurst that night. Two years in a row. That’s what we’re representing with our jerseys.”

Crowds of fans could be seen wearing either red or blue, the colors of the two schools.

Mark Reintjes, who played for the Rockhurst football team in the early 1980s said it meant a lot to see the rivalry between Rockhurst and Bishop Miege renewed.

“I think it’s long overdue,” he explained. “They’re both really strong programs and I think it’s going to be a great series.”

Due to the strength of both football programs, anticipation ran high for the game.

Premium tickets were sold for $50 and special bleachers were set up for fans visiting from Rockhurst High School.

The game even led to Bishop Miege fan Jeff Lowry auctioning off his deck and backyard, which offered an unobstructed view of the field.

“This year, we specifically picked this game because we knew it was going to be the biggest game of the year,” he said. “We do it every year and it’s a way to support the community and provide back to the school.”

Organizers estimated that at least 3,000 tickets were sold in the weeks leading up to the event.