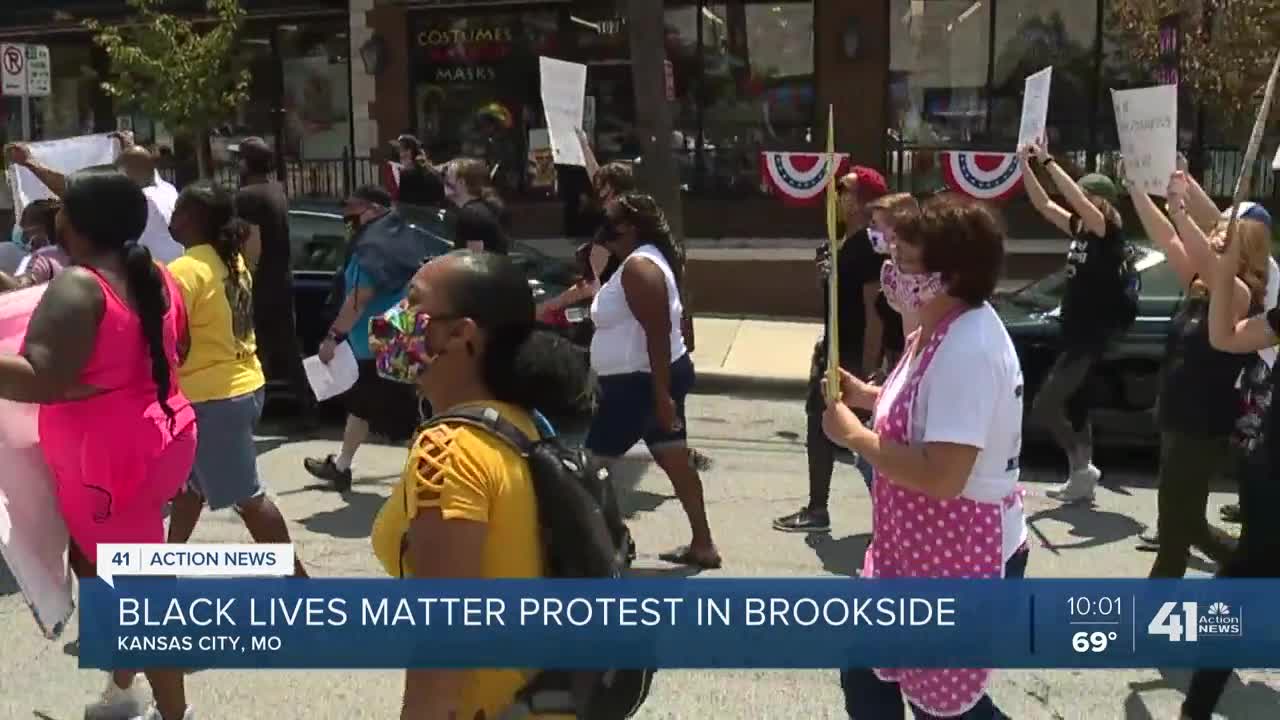 It was channeled through the voices of more than 100 men and women, led by Reverend Randy Fikki with Unity Southeast Kansas City.

"Maybe educate somebody so they know something different or have a different understanding of somebody else's truth," Fikki told 41 Action News.

The group aimed to bring about racial justice and denounced police brutality.

"I'm supporting us starting to talk in ways to draw us all together as one force," Martin Dressman, one of the protesters, said.

At the notorious dividing line in Kansas City, they took moment to remember George Floyd, who was killed by a Minneapolis police officer back in May.

The family of Donnie Sanders, who was shot and killed by a KCPD officer in March, attended the march.

"I wanted to bring something with magnitude, something that would definitely make a statement," Fikki said.

He added this is his 47th time organizing a rally metrowide since Floyd's death. But he's not letting up and neither are his supporters.

"Everyone should be speaking up in regards to this matter," Angela Believes, another protester, said. "No one should be silent. If you are silent, you are part of the problem."