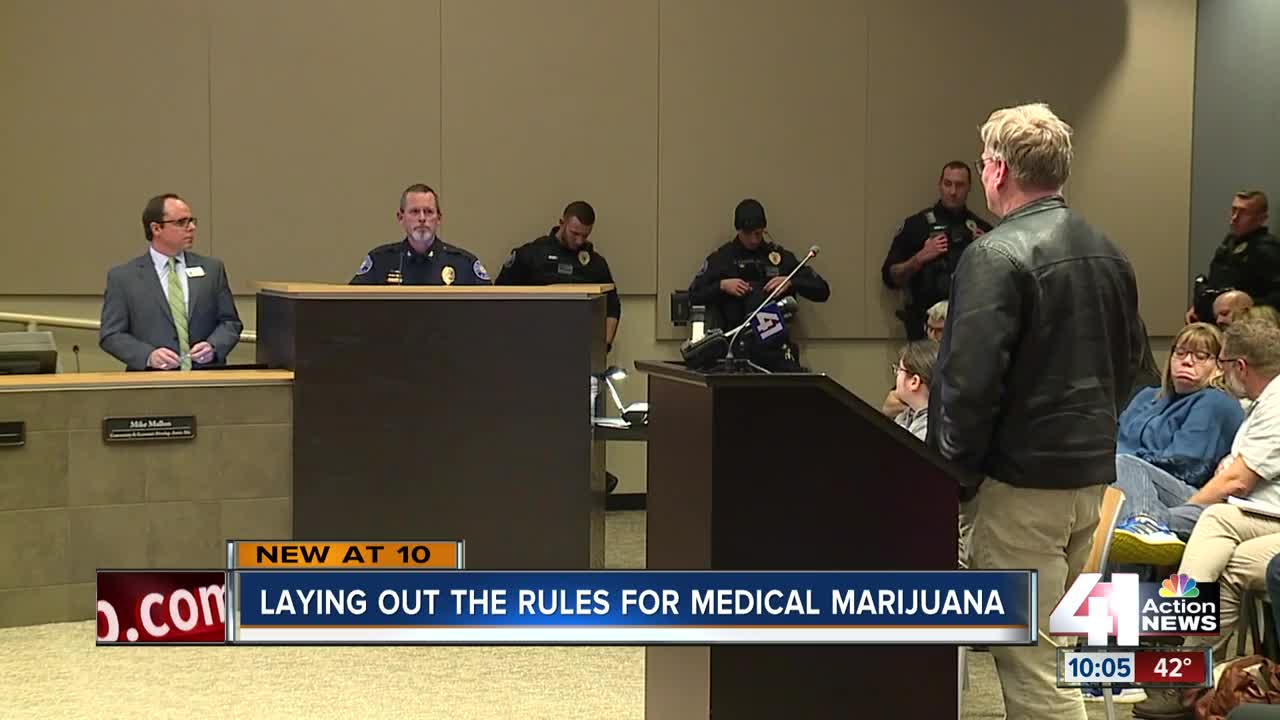 Police and city leaders in Blue Springs laid out Tuesday night how the city will handle medical marijuana once the state grants licenses by the end of the year. 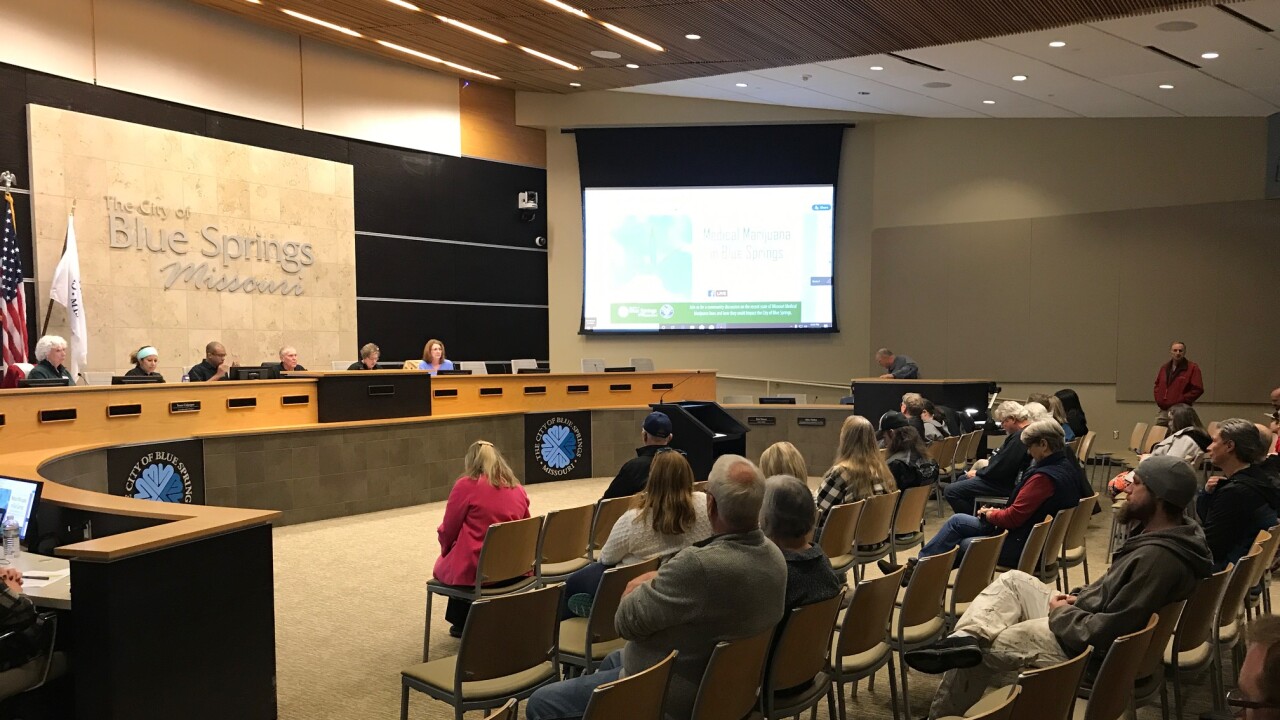 BLUE SPRINGS, Mo. — Police and city leaders in Blue Springs laid out Tuesday night how the city will handle medical marijuana once the state grants licenses by the end of the year.

"As dispensaries start to roll out, we may see the need for some more ordinance changes," said Mike Mallon, Blue Springs assistant director of community and economic development.

So far, the city has passed four ordinances ahead of the changes, including establishing how far a facility can be from schools, day cares and churches.

A majority of them must be at least 1,000 feet from those types of establishments. Labs testing the potency of medical marijuana must be 300 feet away. In the downtown area, there's no limit.

"We think it’ll have a good economic impact,” Mallon said, “which is one of the reasons of why we reduced the buffer to the downtown area to breathe some life into downtown.”

While some questions still don't have definite answers, one issue is clear, according to Blue Springs Chief of Police Bob Muenz.

"I think where we’ll have problems with is marijuana is still not recreational,” Muenz said. “So unless you’re following the guidelines, you’re going to run sideways of a law enforcement officer.”

Of the dozens of businesses that have applied with the state, it's still unclear how many will ultimately open shop for customers in Blue Springs.

"But we’re going to do everything that we can educate the officers on the ordinance, so they interact with people professionally and enforce the ordinances on the statute," Muenz said.

The police chief added they have revised the criminal code regarding marijuana possession, and it will be presented to the city council soon.