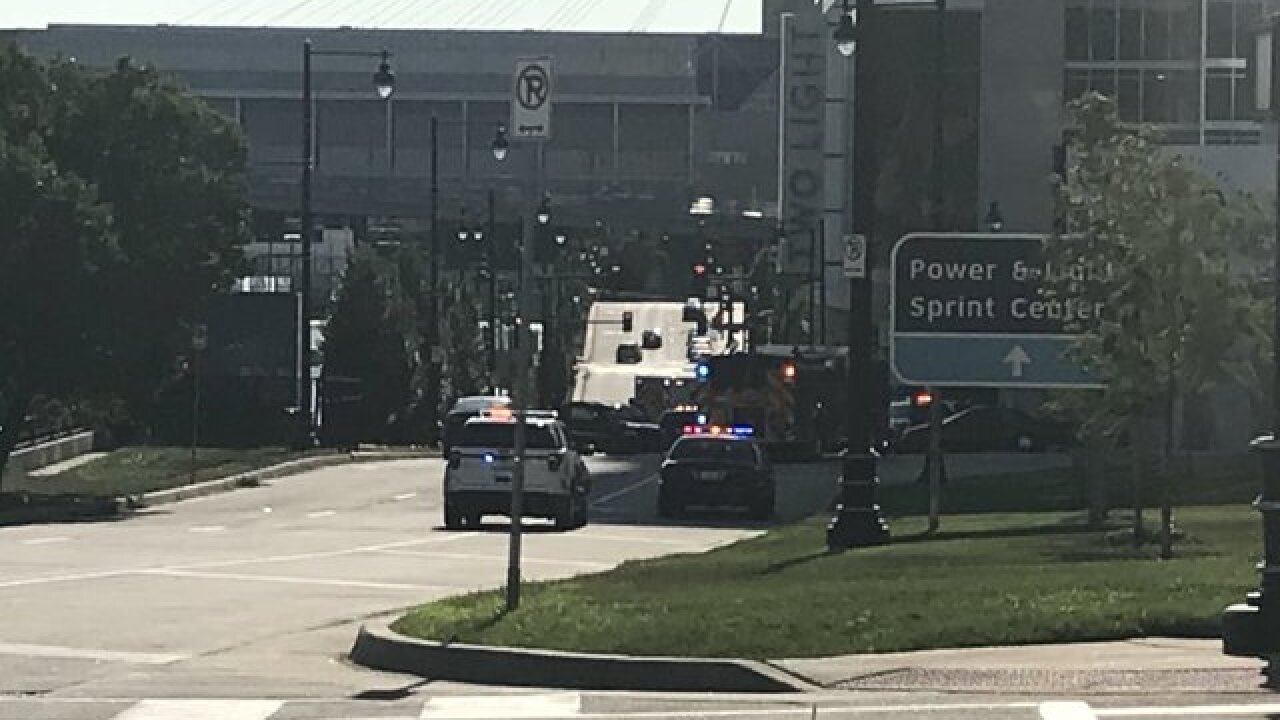 Copyright 2018 Scripps Media, Inc. All rights reserved. This material may not be published, broadcast, rewritten, or redistributed.
<p>Two suspects in a possible stolen car led Blue Springs police on an hourlong chase Saturday, July 7, 2018, that ended with a fiery wrong-way crash near the Sprint Center in downtown Kansas City.<br />  </p>

Blue Springs police, who were the only department actively involved in the pursuit, haven’t responded to requests for information about how the chase began.

However, Kansas City police confirmed that dispatch was advised Blue Springs was engaged in pursuing a stolen automobile as it entered Kansas City westbound on U.S. 40.

Near Truman Road and Grand Boulevard, the car drove the wrong way on Truman Road, running into four other cars before crashing to a stop and bursting into flames.

One of the other drivers suffered minor injuries and was treated at the hospital.