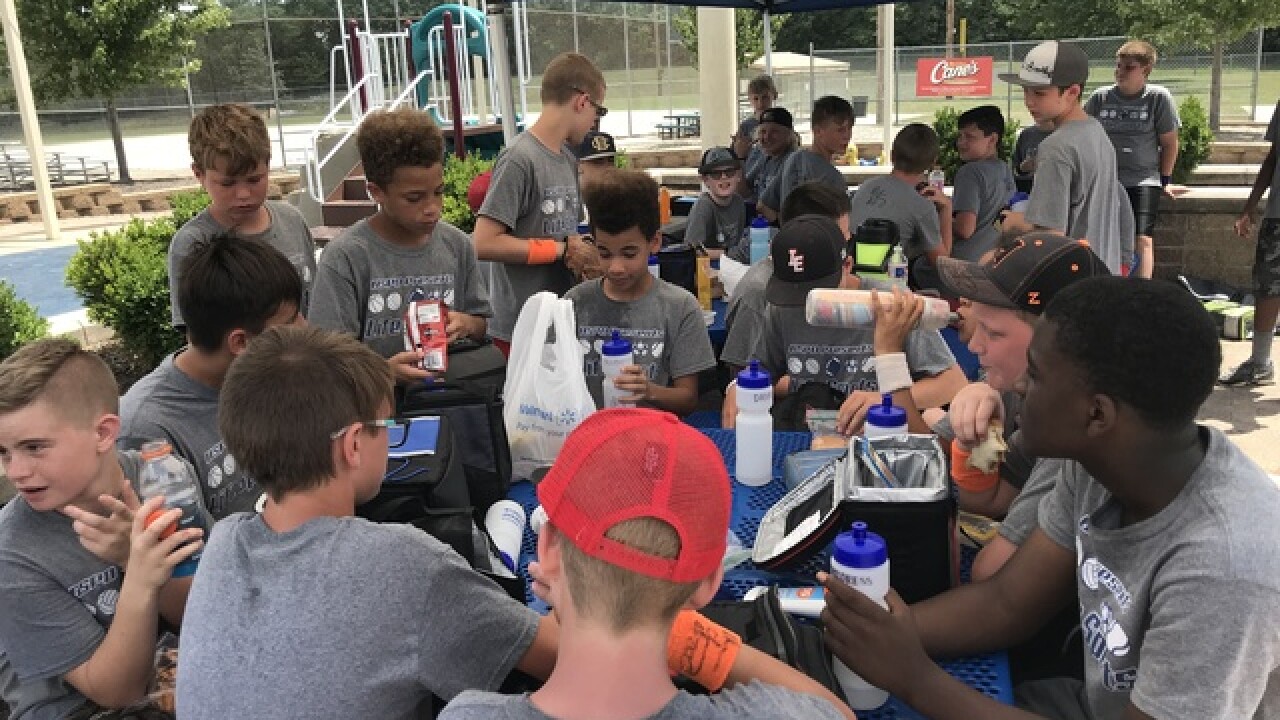 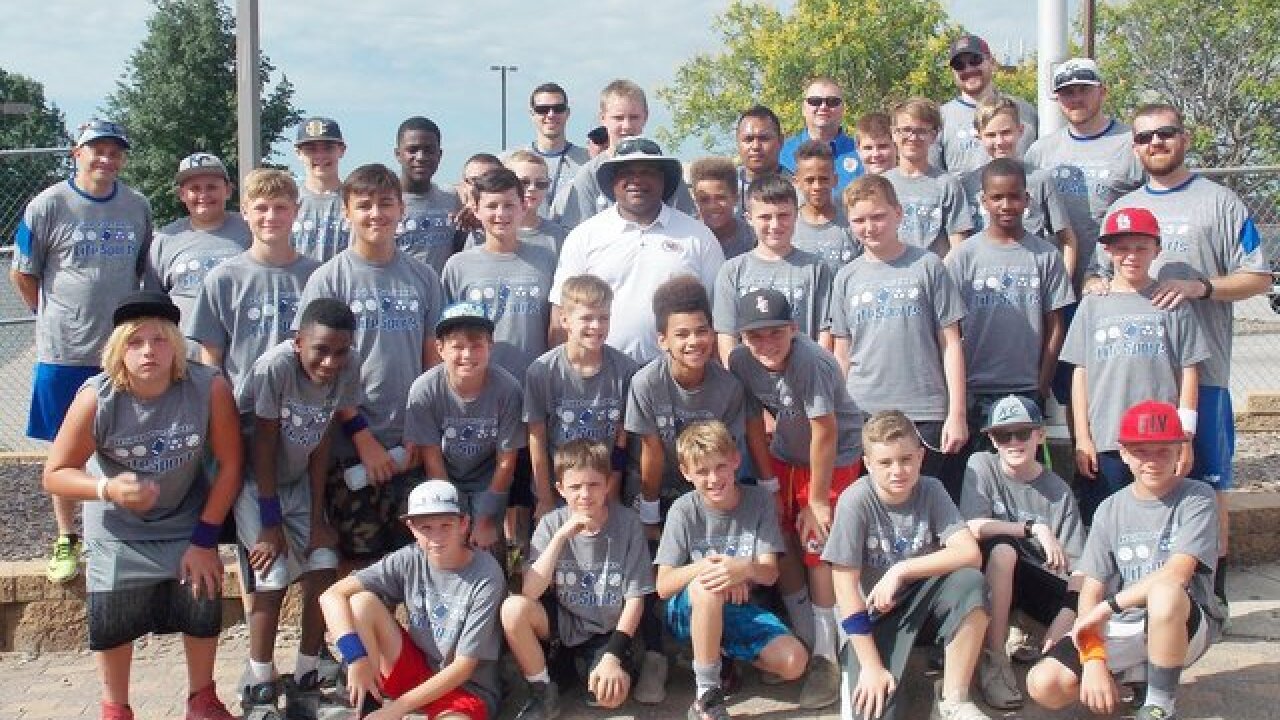 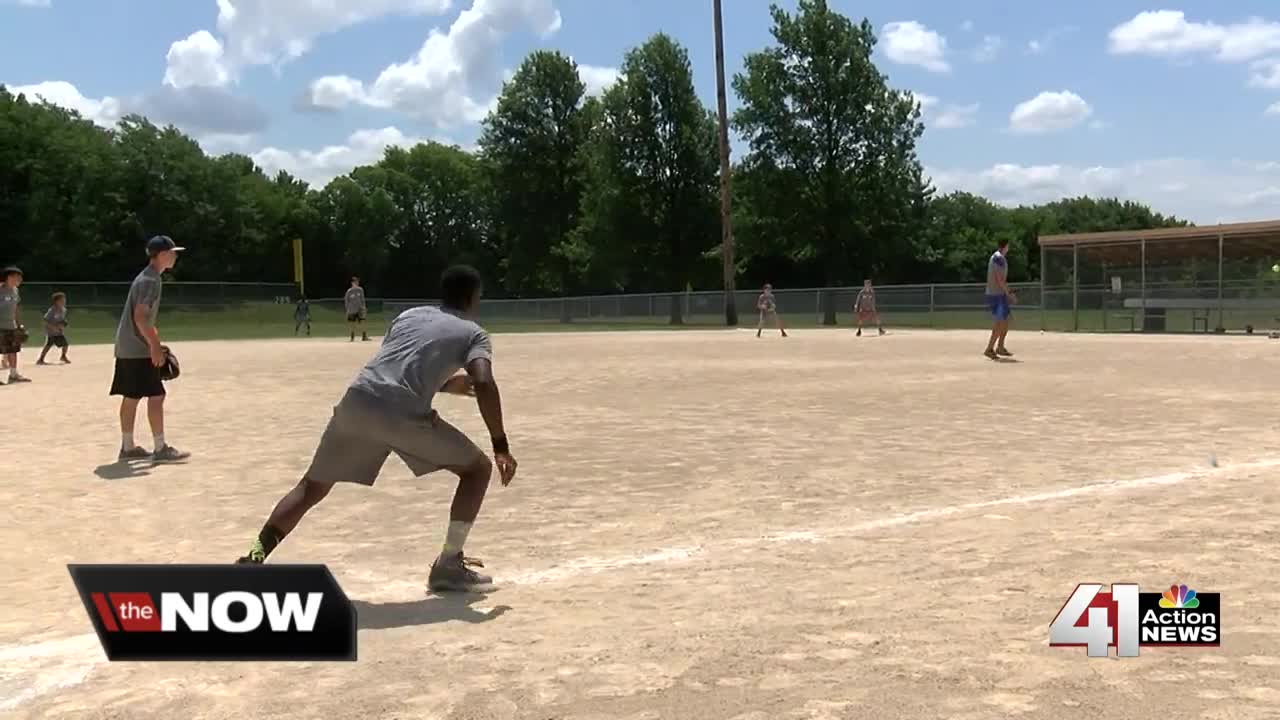 BLUE SPRINGS, Mo. – The idea may have come out of left field, but the Blue Springs Police Department is now using America’s pastime to reach kids in the community.

This week, officers are suited up, but they’re wearing a different uniform.

Ethan and 35 other middle school boys are teaming up with the Blue Springs “Men in Blue,” during their first ever Life Sports Camp. A week-long camp teaming more than the fundamentals of the game.

“We’re going to do a drugs and alcohol talk, suicide prevention, healthy relationships and just how to be a man in today’s world,” said Smith.

When working inside Moreland Ridge Middle School, Smith said he’s seen some of the situations kids get themselves into and worries where it could lead to next.

“Kids feel grown up a lot sooner than they are,” said Smith.

Smith hopes the Life Sports Camp will help lead the young guys down the right path.

“Getting the information out there to them so that they’re aware of possible consequences of some of the choices they’re making, maybe it will help them make the right choice,” said Smith.

During camp, sportsmanship is the big focus. Lee Mulmore, 14, said he’s trying to strike out all negativity.

"My goal for this week is making new friends and try to build them up like the officers build me up and they build me up,” said Mulmore.

Mulmore said camp has been nothing but a home run.

The Blue Springs Police Department has a second Life Sports Camp planned for July. Smith said he hopes to bring the camp back next year and make it an annual event.

In May, Blue Springs Police held a similar camp called Girls on Fire which aims to build positive experiences for young girls in Blue Springs.