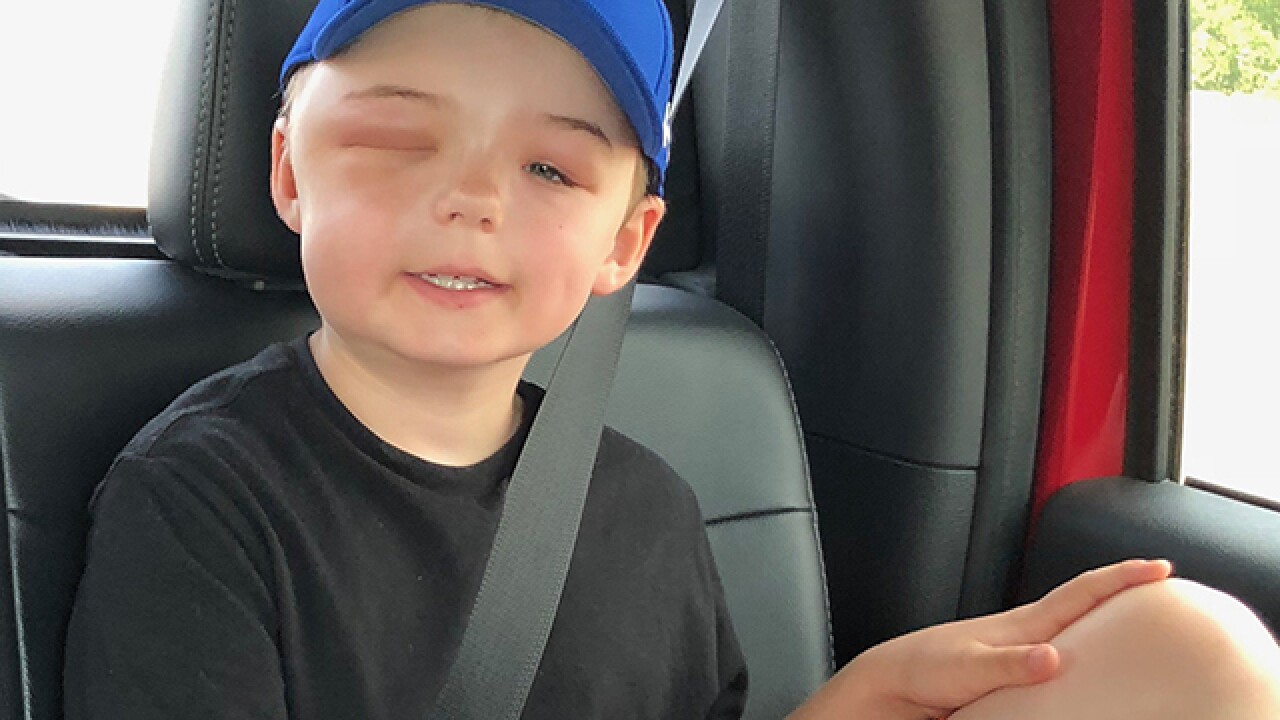 Copyright 2018 Scripps Media, Inc. All rights reserved. This material may not be published, broadcast, rewritten, or redistributed.
<p>Dawson went home from Children's Mercy Hospital on Tuesday from his final planned surgery. In April he was struck in the head by a foul baseball at an MSSU game.</p>

KANSAS CITY, Mo. -- For the first time in a long time, the Hirshey-Hughes family won’t be calling Children's Mercy Hospital their home.

In April, 7-year-old Dawson Hirshey was hit in the head by a line-drive foul ball at a Missouri Southern State University baseball game in Joplin.

After initially seeking medical care in Joplin, he was rushed to Children's Mercy Hospital where he was taken into emergency surgery.

Tuesday, Hirshey had his third and final surgery and he's going home for good.

"Have fun and get back and see my sister," said Hirshey, who has big plans for the rest of the summer. "Play in the house with my tractor and Go outside and play in the sprinkler."

Hirshey said Jesus and prayers helped him through his tough time.

"We were terrified at first," said Alicia Hughes-Hirshey.  "This isn’t the outcome we anticipated at all. The outcome is much, much better. And we thank God for that."

Now, Dawson Hirshey is walking and talking and in minimal pain.

Most recently, an artificial bone flap was added to his skull.  Doctors tried to save the original bone fragment by tucking in his stomach, but in a subsequent surgery doctors found out it was infected.

"I don't think without the prayers, the Lord and a strong kid, we would be where we are today," said Hughes-Hirshey.

She said her son continued to show progress and Tuesday, they are excited to return home to Joplin.

"We are so ready to be finished with so much of it," said Hughes-Hirshey.

Hughes-Hirshey said they would have a neurosurgeon visit on July 18th and a test in August.  After that, the next check up is not until December.

She called the progress remarkable and said now they do not anticipate any long-term effects.

Dawson will start school on time in the fall.